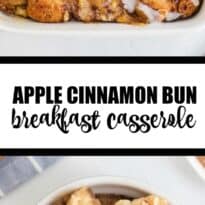 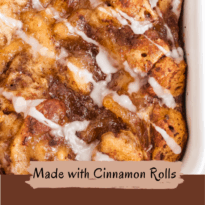 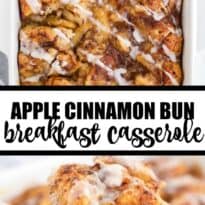 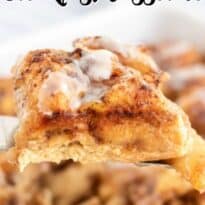 Nothing makes me happier than an easy breakfast casserole. Meet the Apple Cinnamon Bun Breakfast Casserole: part sweet treat, part breakfast dream. This casserole is super filling and great to serve when you have company over. I’ve made many varieties of breakfast casseroles in the past, but this was my first time using cinnamon buns as a base. 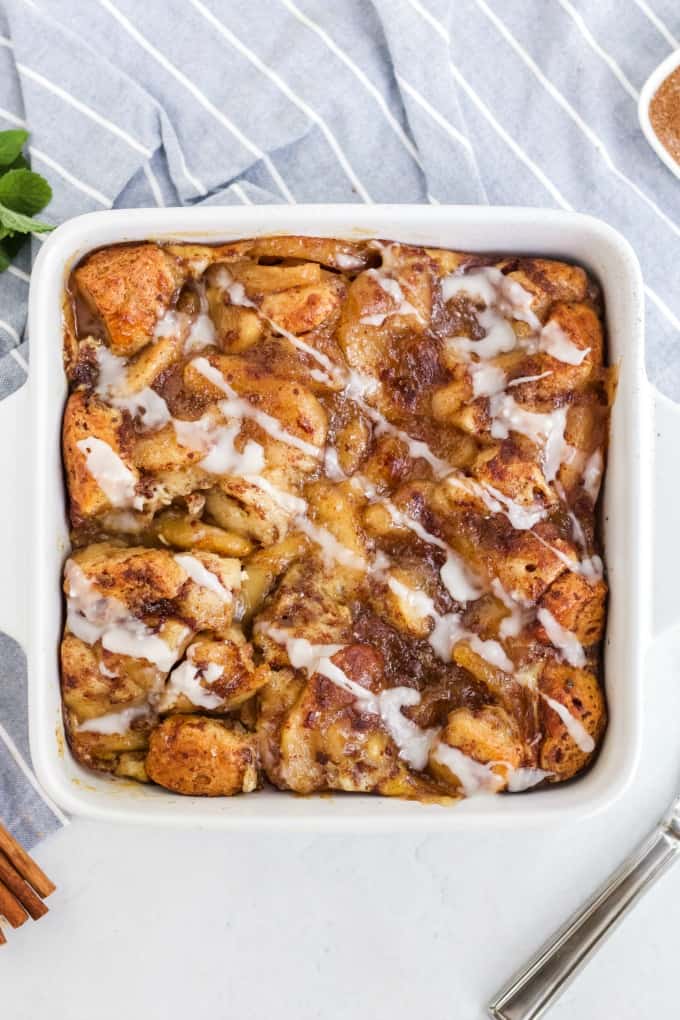 Now that I’ve got you thinking about dessert, try this Apple Cake with Butterscotch Sauce for a true apple dessert that’s so rich a decadent with a homemade sauce!

Save time and use refrigerated cinnamon buns. I also used canned apple pie filling to keep things easy peasy. It’s bound together by a creamy egg mixture and bakes to a perfect golden brown. You don’t even need any extra toppings because it’s sweet enough on its own! 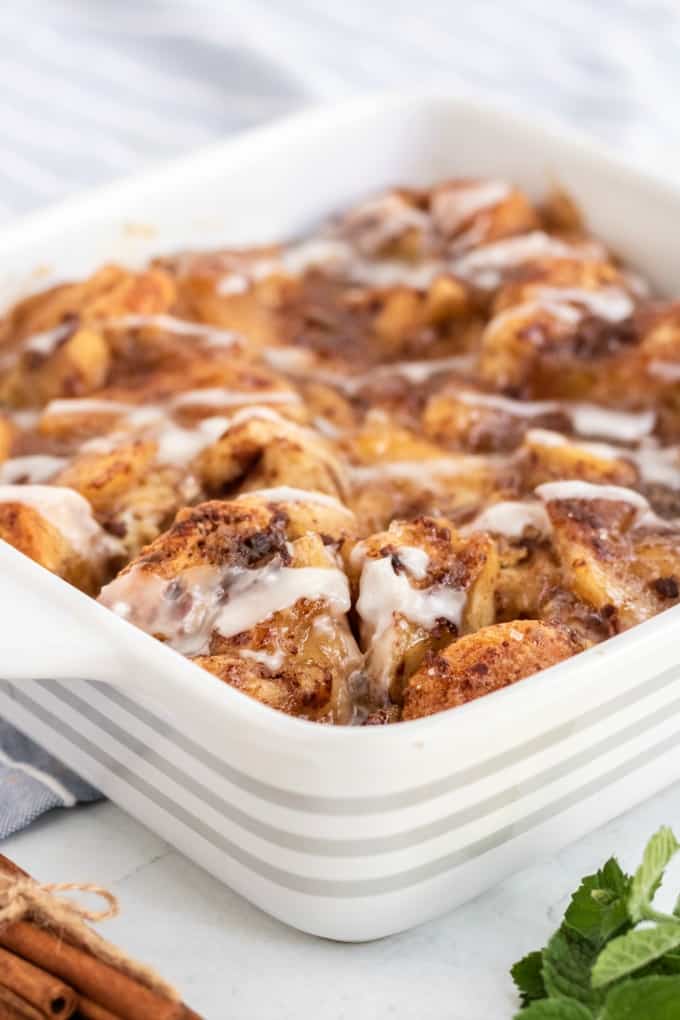 Yes, it’s almost like a dessert! If you wanted to serve it for dessert, you could. I prefer it first thing in the morning though as a sweet treat to wake up to. It smells so good while it’s baking in the oven!

What I used for my breakfast casserole 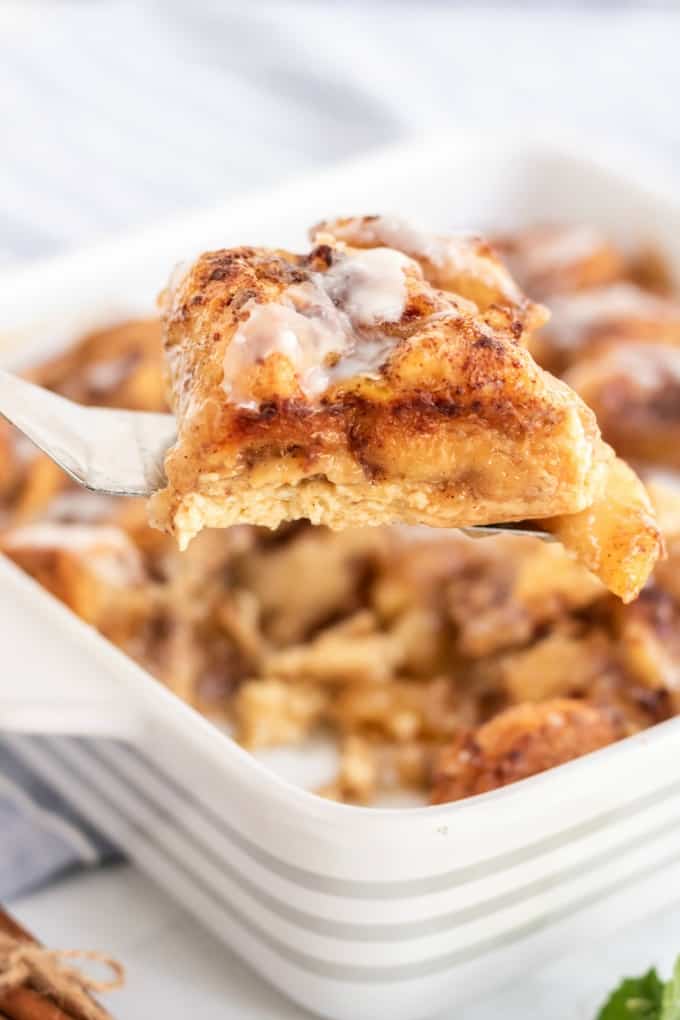 The easier the recipe, the better, at least in my books! Breakfast casseroles are one of my fav types of recipes to wake up to. You can start the prep work the night before and finish the next day. 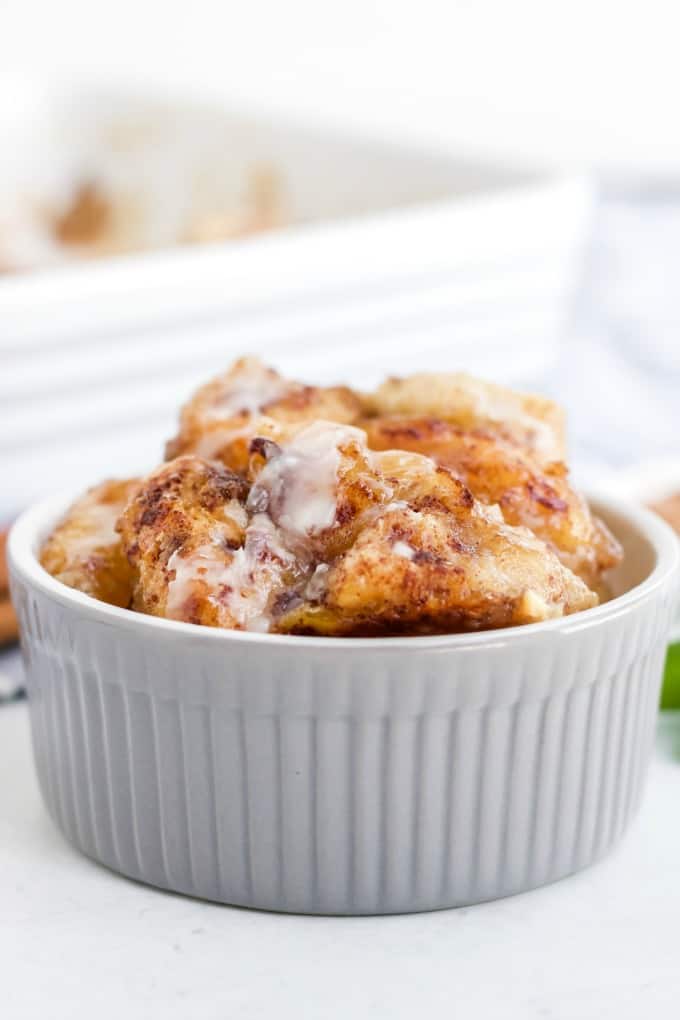 How to Make Ahead

No one wants to wake up and spend hours in the kitchen BEFORE breakfast. That’s just cruel.

To do this in advance, you want to keep the parts separate until baking time. If you have space in the fridge, you can cut the cinnamon rolls and finish the bottom layer in the baking dish and leave it to chill. If so, let it sit out a little bit before baking to bring the dish back to room temperature.

For the egg mixture, you can whip that together and refrigerate it overnight. If you’re using canned apple pie filling, you can leave it or refrigerate it if it’s opened. Assemble, bake, and you’re done!

Whether it’s a whole casserole or one piece, this recipe can definitely be frozen! It will last about 4 or 5 days in your refrigerator, but if you want to keep any leftovers longer than that, freeze them before then.

Make sure your casserole is in an airtight container with as little space for freezer burn to develop as possible. You can do individual servings for easy weekday breakfasts or a whole recipe for a surprise brunch.

This will last about six months in the freezer. 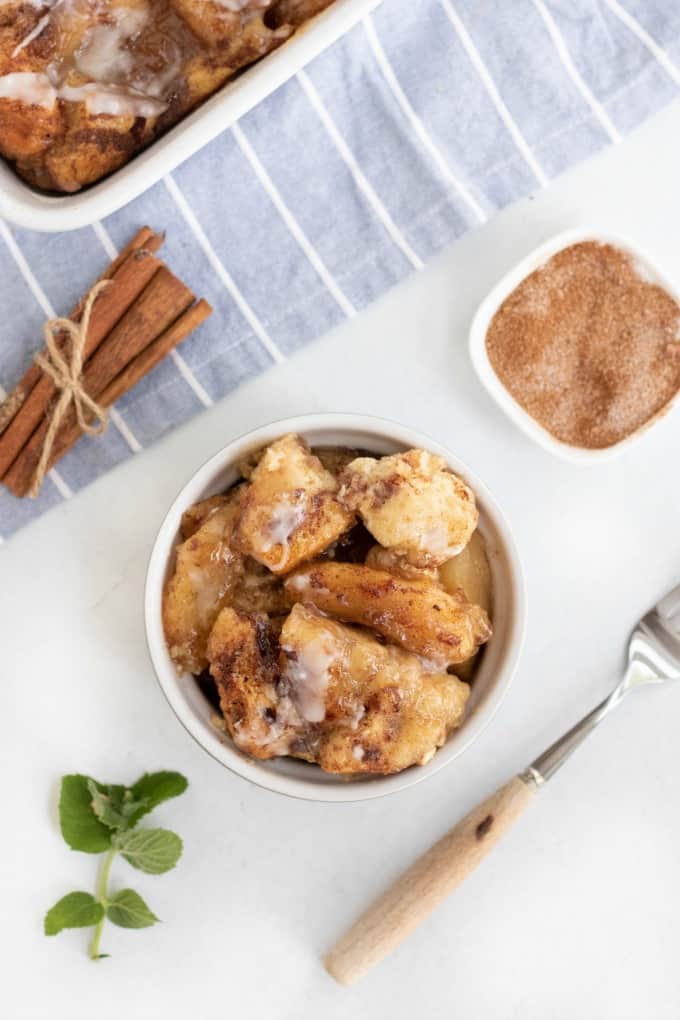 Assuming you even have leftovers, you’ll definitely want to eat this again soon. Because of the egg mixture, it can only safely sit out for about 2 hours, so make sure to refrigerate or freeze any leftovers ASAP.

I prefer reheating this in the oven over the microwave because the egg texture can get gummy. Set your oven to 350 degrees F and reheat covered for about 15 minutes to start, and check the temperature. If you’re doing one piece, it will be faster than a full dish. 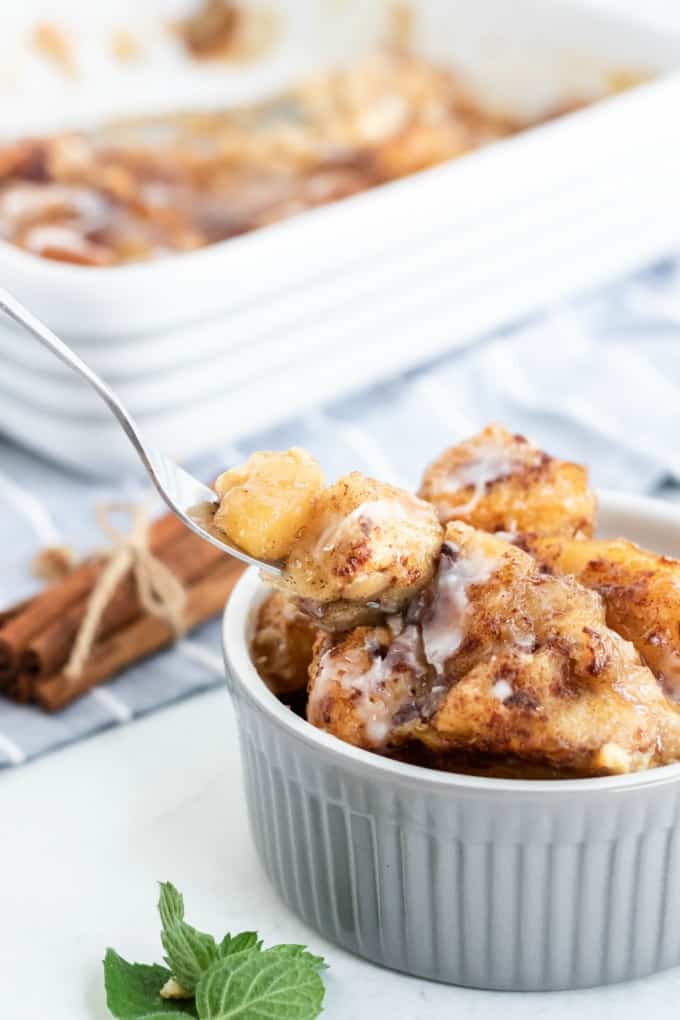 Other amazing casserole recipes to try…

Do you have any amazing breakfast casserole recipes? I’m always looking for more recipes to try! Follow me on Instagram @simplystacieblog, on Facebook at Simply Stacie, and on Pinterest @SimplyStacie and let me know how you liked this and my other recipes! 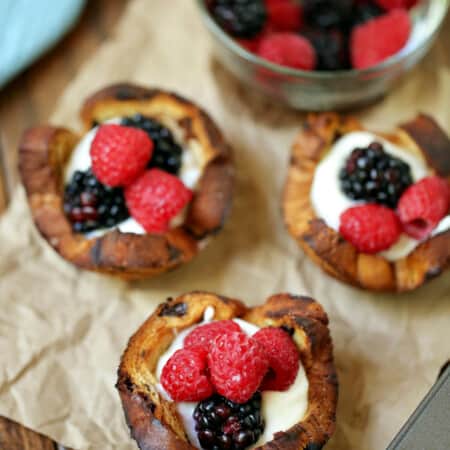 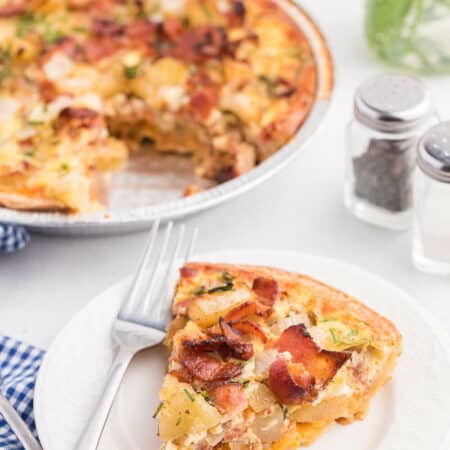 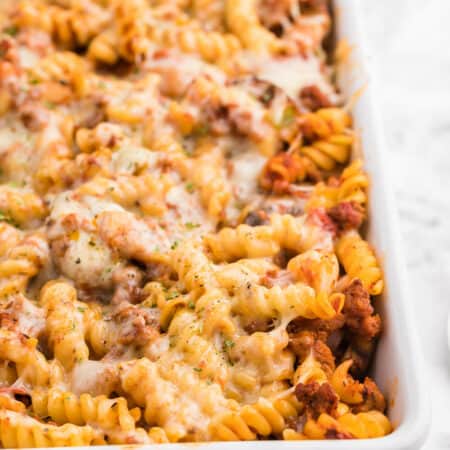 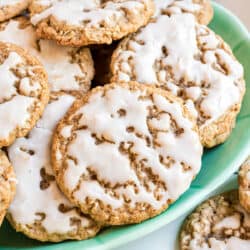 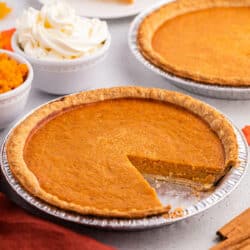 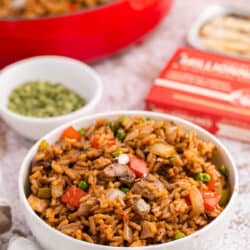