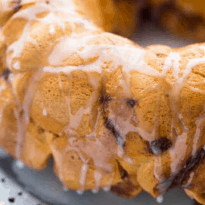 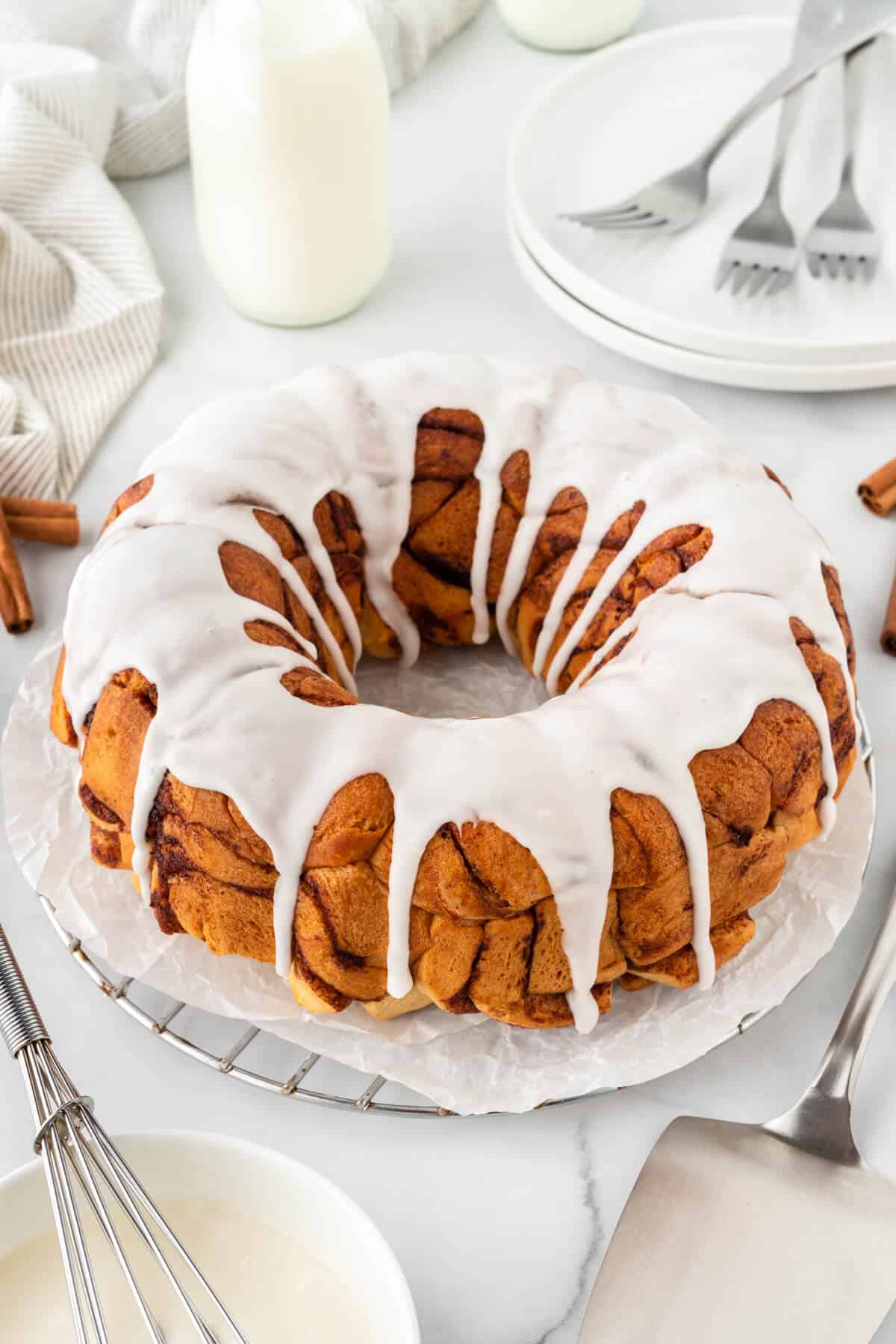 So, you bought some Pillsbury Cinnamon Rolls. Now what? You could follow the standard directions and whip up a batch. But if you want something different that’s just as simple, try this recipe for Cinnamon Roll Monkey Bread.

Monkey bread is the type of recipe that, once you make it, you’ll never forget how. You’ll want to keep cans of cinnamon rolls on hand all the time! You’ll also be able to customize the recipe into whatever flavors you choose. Almost anything can be turned into monkey bread! We even have a pizza monkey bread recipe. But using cinnamon rolls is one of my favorite versions—it’s so easy!

It’s the perfect dish to make for a Christmas morning breakfast or brunch because it’s SO easy to put together. Pop it in the oven before you open gifts, and in about an hour, it’s hot and ready. Sweet, sticky, and full of cinnamon flavor, it’ll become a holiday tradition! 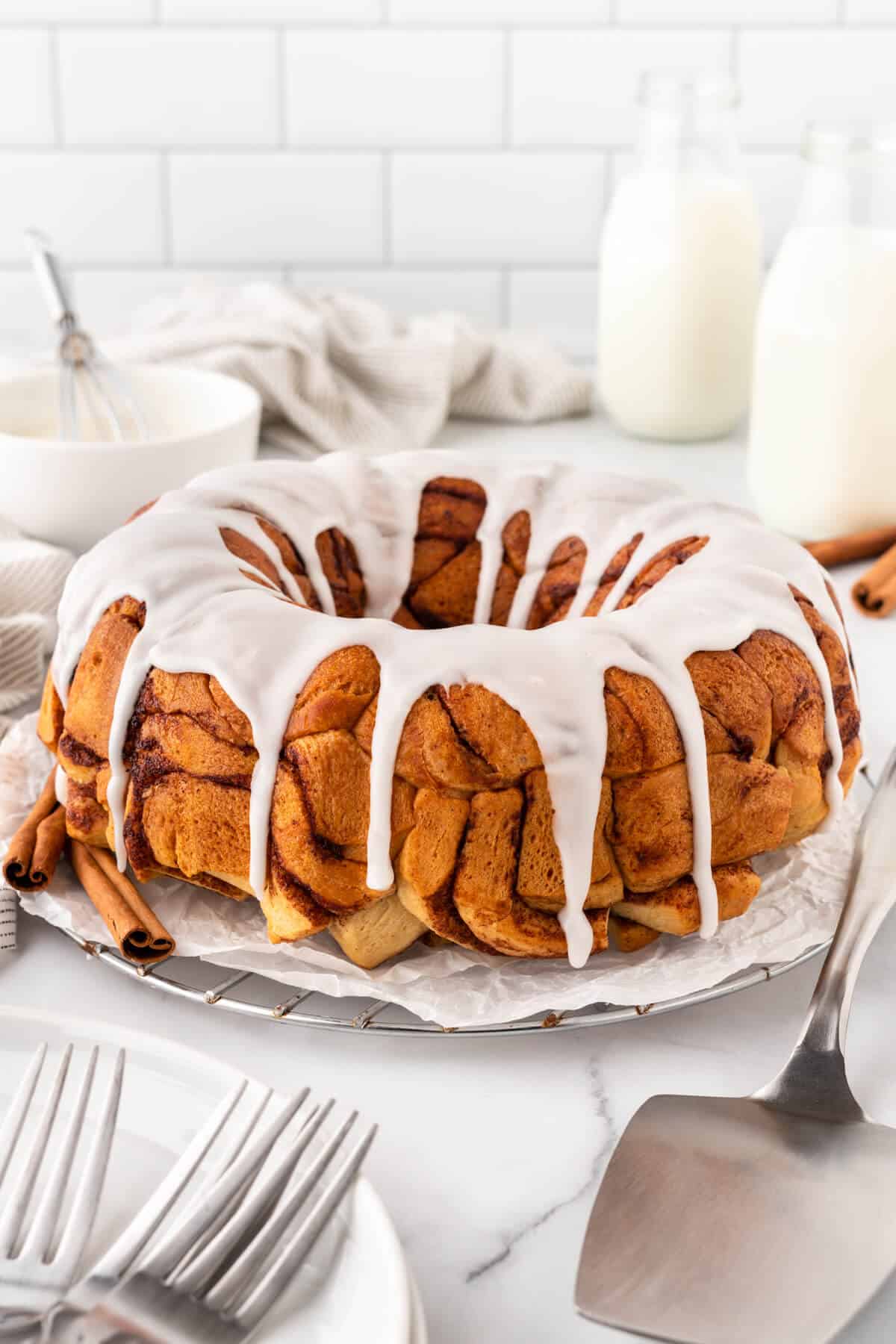 You need only a few simple ingredients to make this sweet bread. How easy is that? For exact measurements and directions, please refer to the recipe card below. 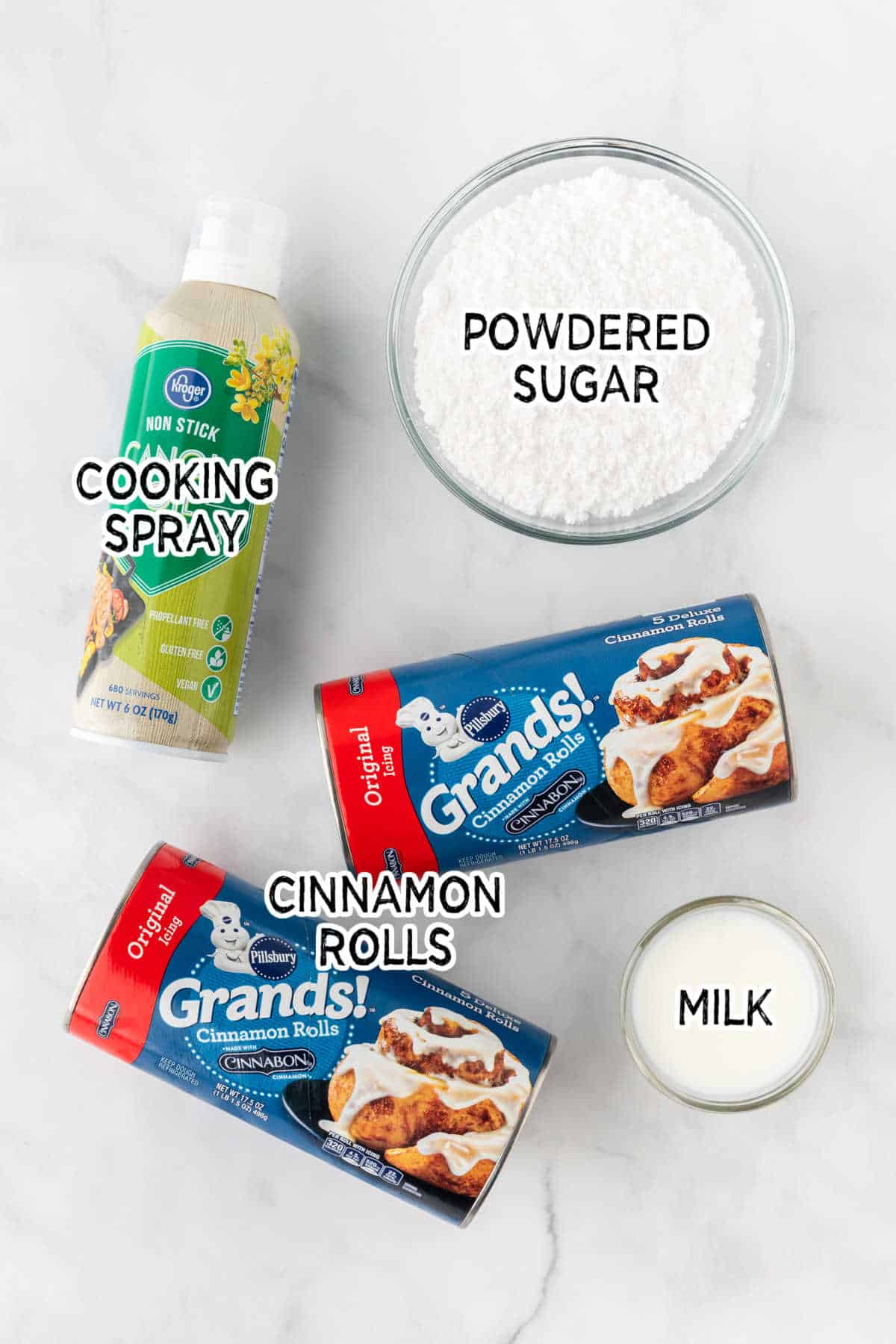 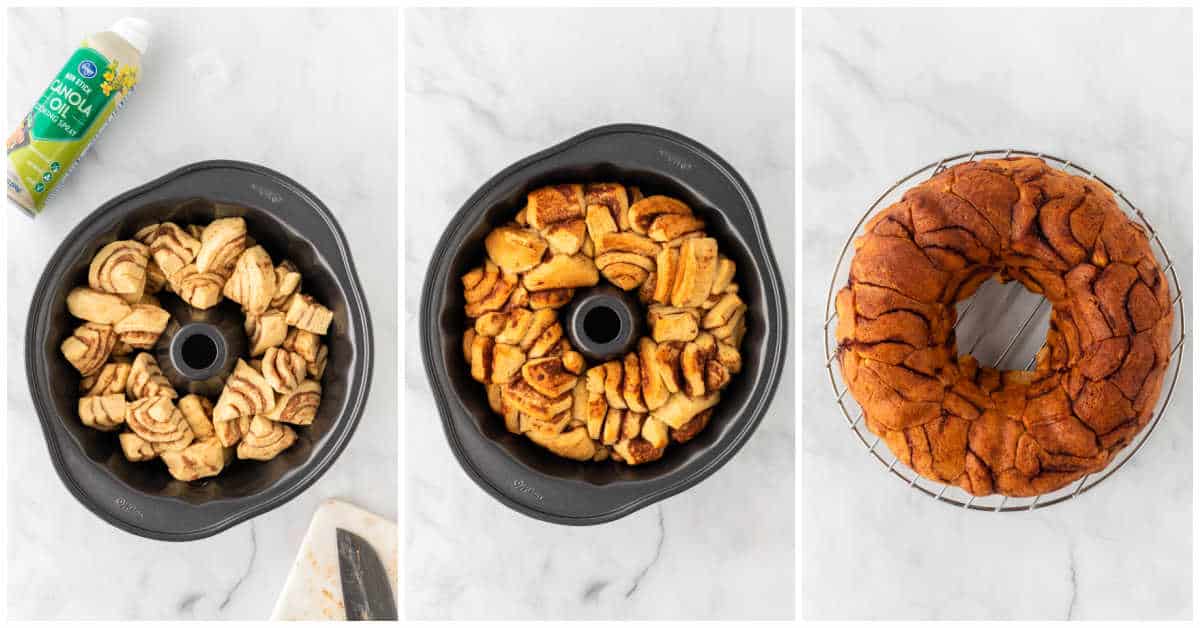 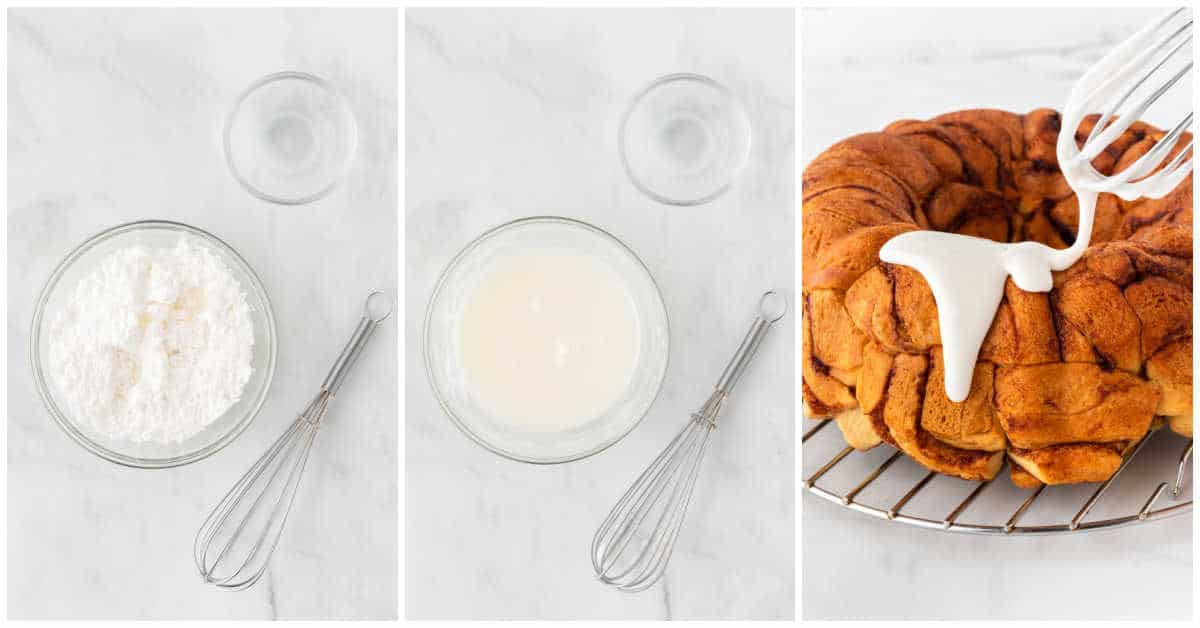 It’s the perfect breakfast for a special occasion! 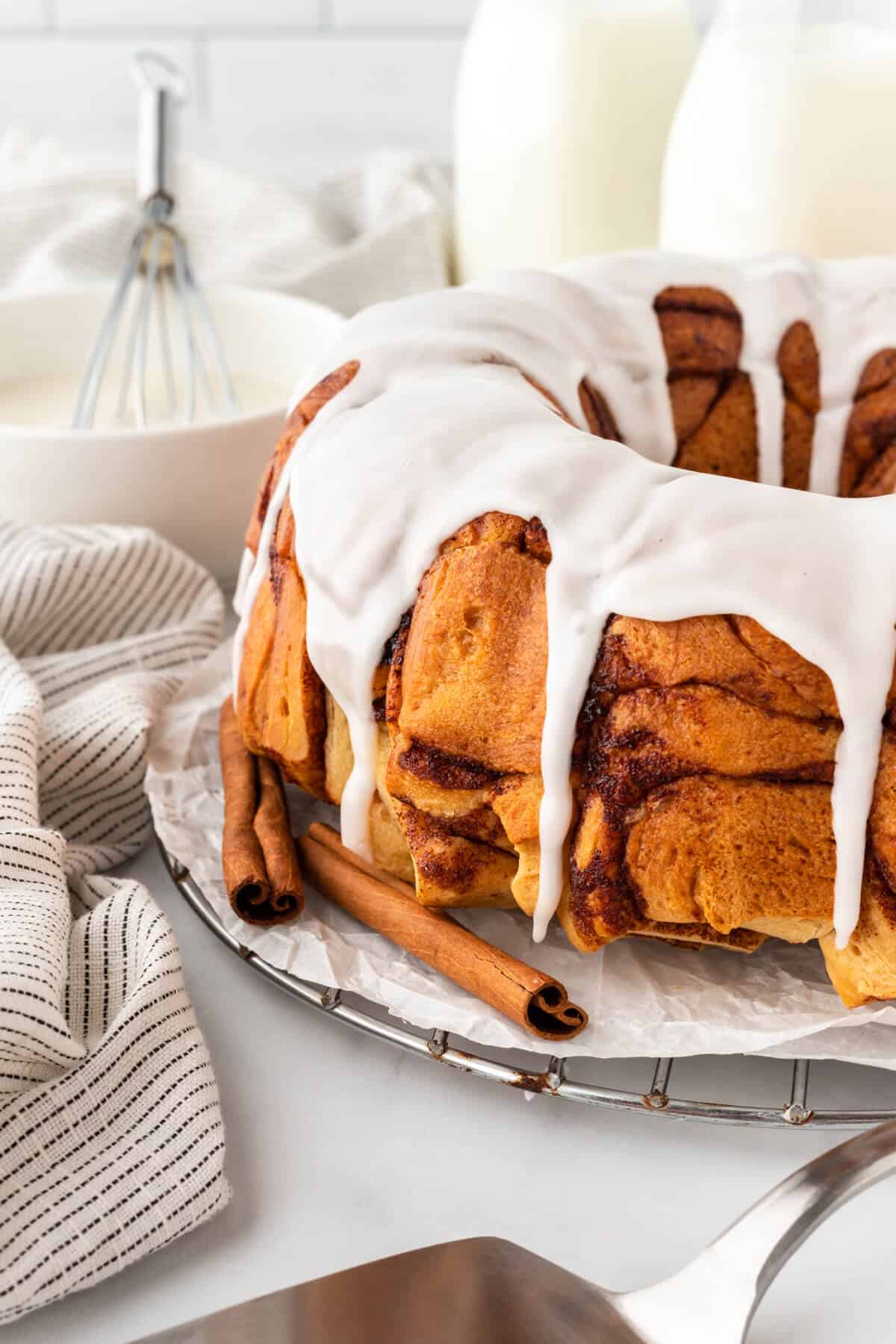 What to Serve with Cinnamon Roll Monkey Bread

This Pillsbury Cinnamon Roll Monkey Bread is great all on its own for a delicious snack or dessert, but you could certainly serve it with a scoop of vanilla ice cream and drizzle of the powdered sugar glaze or caramel sauce on top to make it even more decadent.

We think it’s scrumptious with a cup of freshly brewed coffee or this Cinnamon Hot Chocolate during the holiday season.

If you’re making this for breakfast or brunch, pair it with fresh fruit and savory, delicious recipes like Tater Tot Breakfast Casserole, Bacon and Egg Biscuit Casserole, or Spicy Egg Muffins. 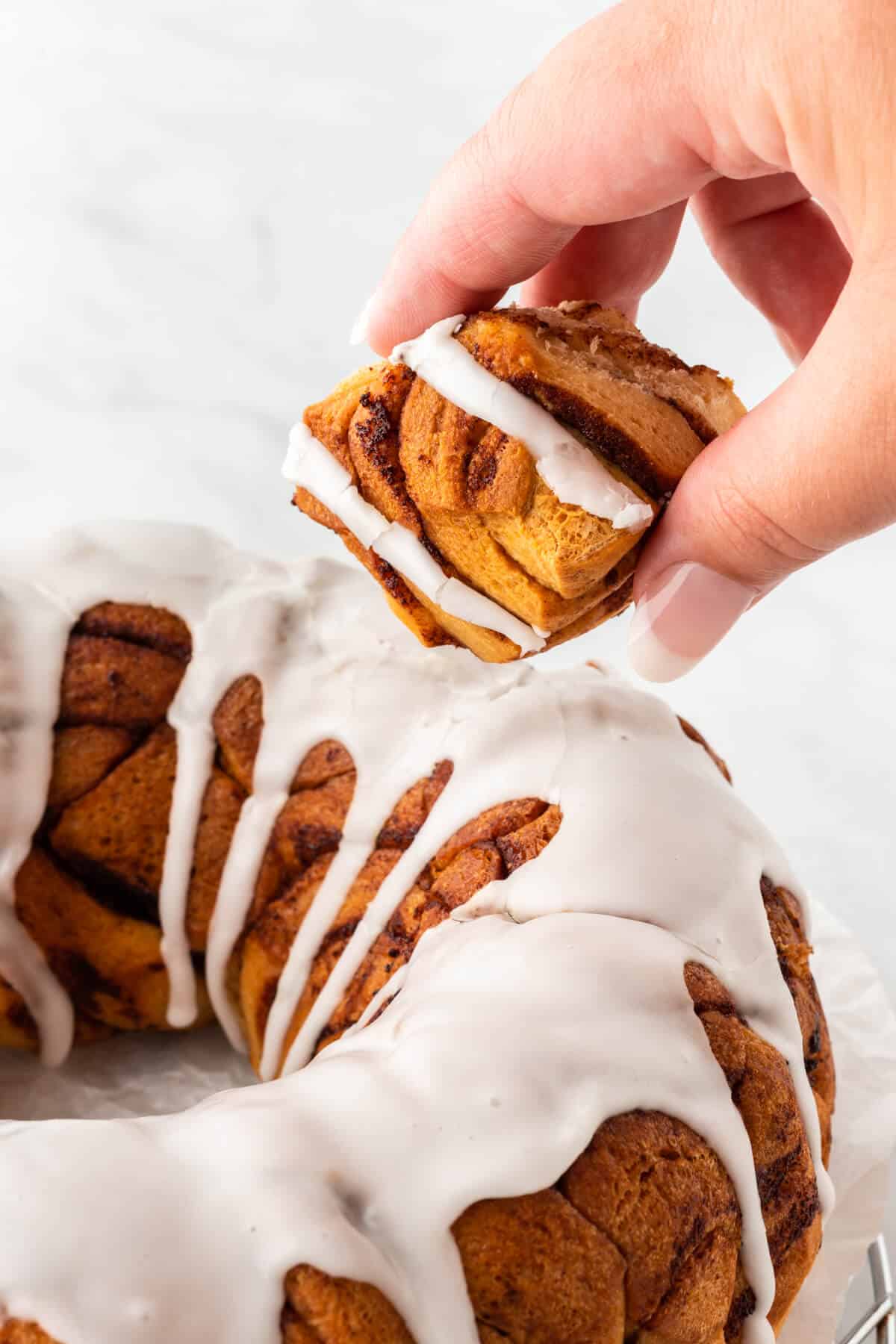 This cinnamon roll pull apart bread recipe should be stored in an airtight container at room temperature. It doesn’t need to be refrigerated—in fact, putting it in the fridge will harden the leftover monkey bread.

Although you could freeze this recipe, I don’t recommend it. Freezing and thawing it will alter the texture. I recommend making it fresh instead. It only takes 10 minutes to prep, and you can do other things while it bakes. It’s much better when served the same day it’s made.

If you freeze it, wrap it tightly in plastic wrap or foil and then put it in a freezer bag or airtight container for up to 3 months. Thaw in the fridge overnight before reheating in the microwave in 15-second increments.

Why is it called monkey bread?

It’s called monkey bread because of how it’s eaten. You pull it apart and eat it with your fingers, much like a monkey eats its food.

Do you have to use a Bundt pan?

No, you can use other pans, too! A 9×13 pan like a casserole, loaf pan, or even a jumbo muffin tin can work for making pull-apart bread, but you’ll need to adjust the cooking time and keep a close eye on the bread to avoid overcooking it. Wouldn’t cinnamon roll monkey bread muffins be fun? However, a bundt pan offers the prettiest presentation and more even cooking.

Can you use the icing that comes with the cinnamon rolls?

Yes, absolutely, though it’s not really thin enough to drizzle over the entire monkey bread. We like having lots of glaze, so I make my own. You can easily double or triple the homemade glaze so you have some to dunk the bread into. 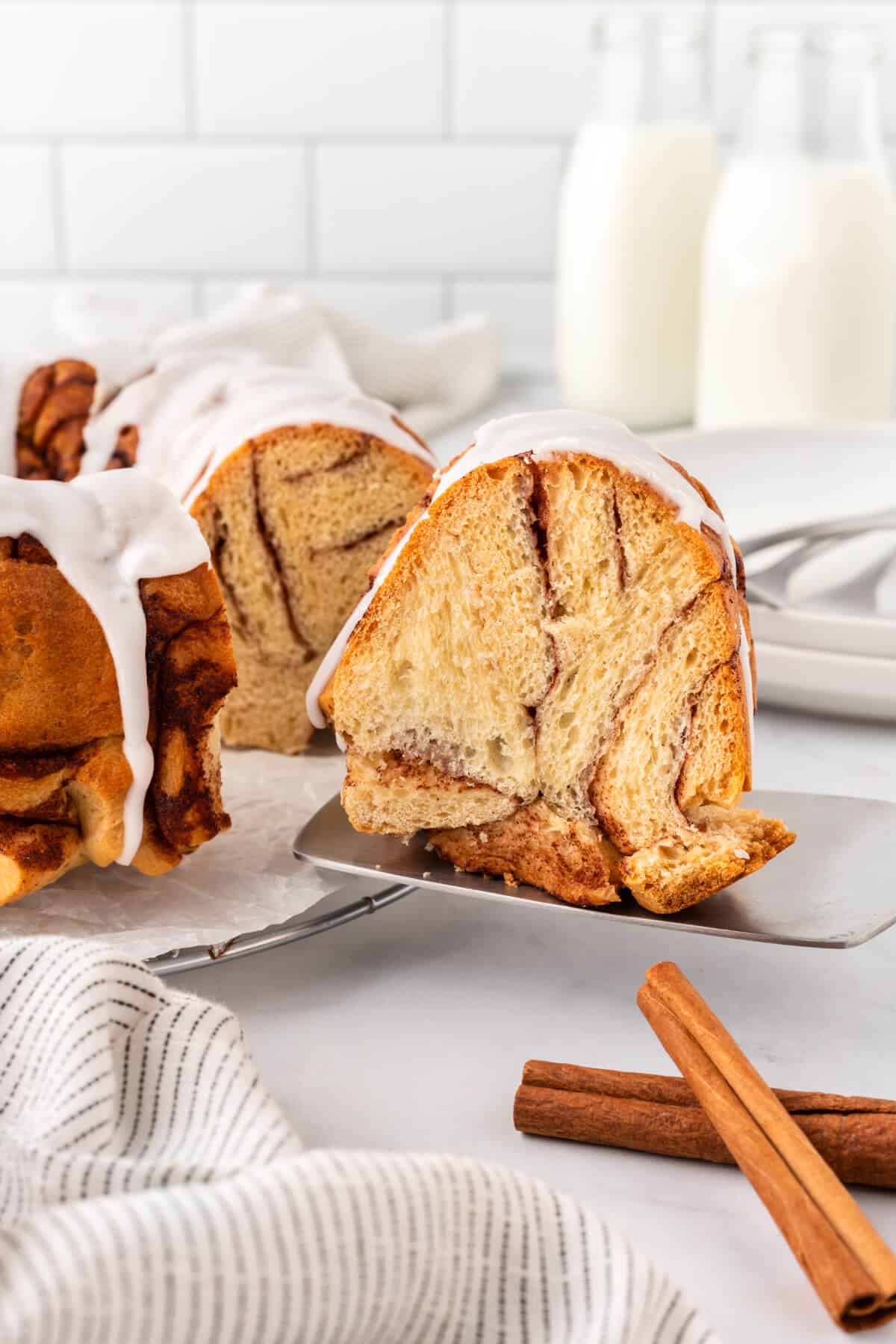 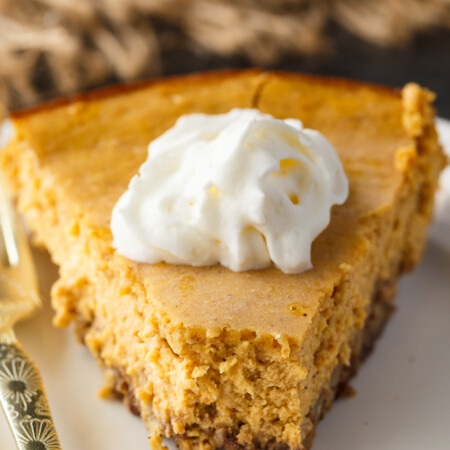 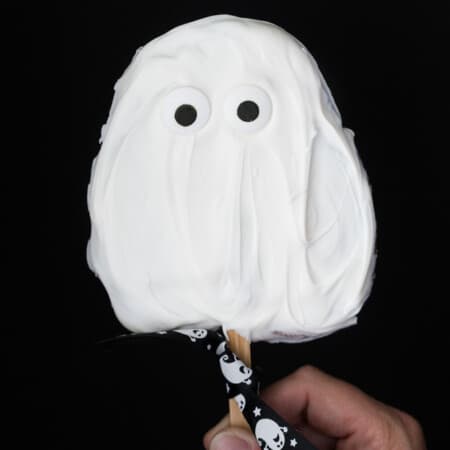 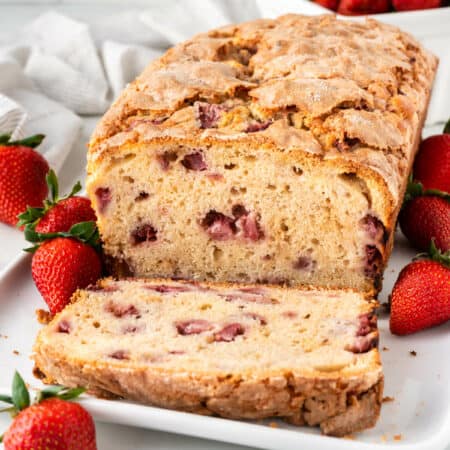 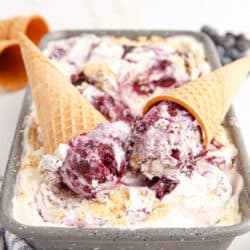