The easier the recipe, the better, at least in my books! Breakfast casseroles are one of my fave types of recipes to wake up to. You can start the prep work the night before and finish the next day. They are filling and great to serve when you have company over. I’ve made many varieties of breakfast casseroles in the past, but this was my first time using cinnamon buns as a base. Meet the Apple Cinnamon Bun Breakfast Casserole. 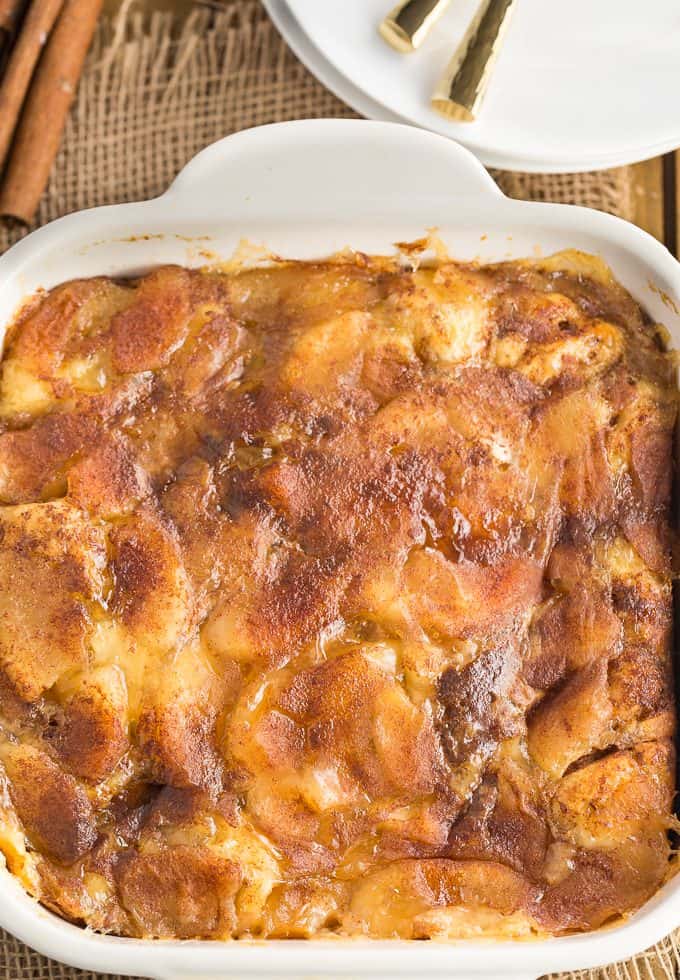 Save time and use refrigerated cinnamon buns. I also used canned apple pie filling to keep things easy peasy. It’s bound together by a creamy egg mixture and bakes to a perfect golden brown. You don’t even need any extra toppings because it’s sweet enough on its own. 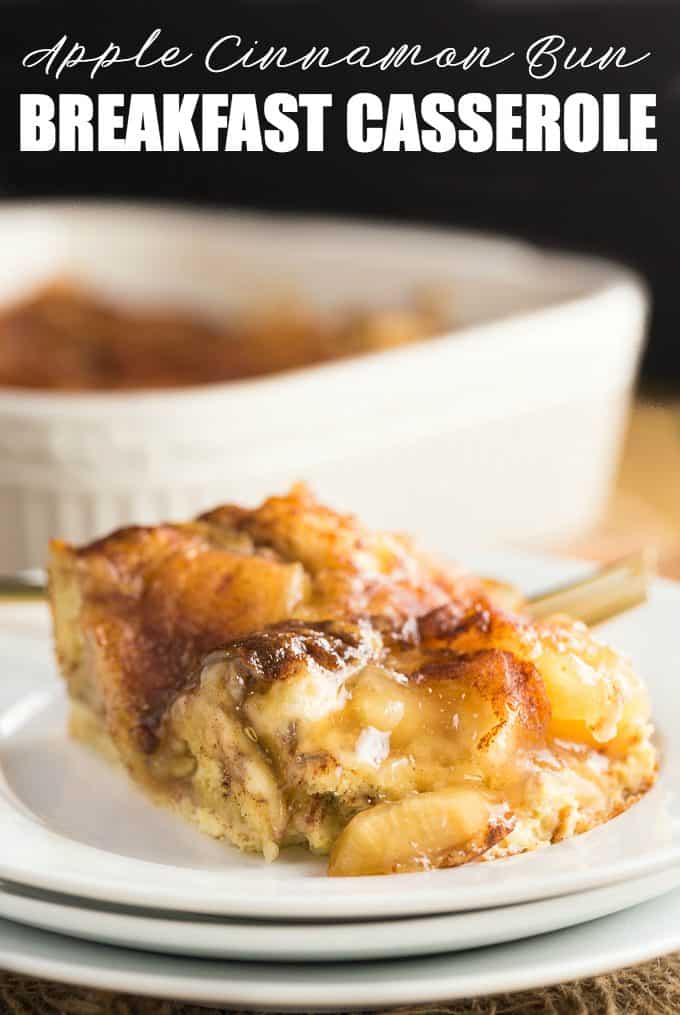 Yes, it’s almost like a dessert! If you wanted to serve it for dessert, you could. I prefer it first thing in the morning though as a sweet treat to wake up to. It smells so good while it’s baking in the oven. 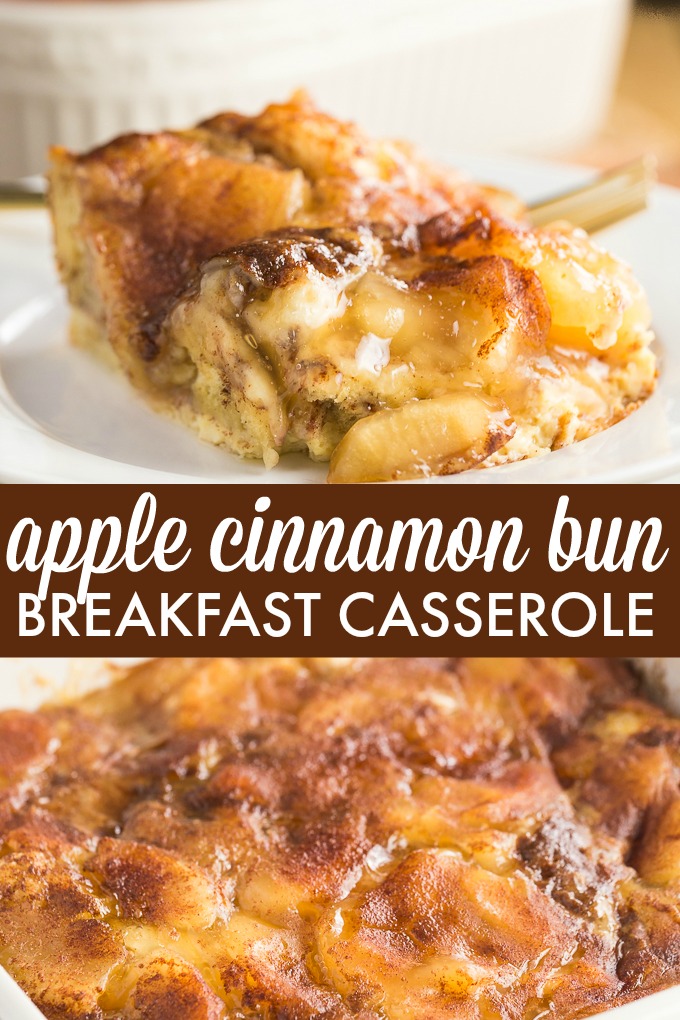 I’m always looking for new ways to make breakfast casseroles. Any suggestions on what I should try next?