I’m pretty sure I found this recipe for Indoor S’mores on the back of a box of Golden Grahams cereal. It’s too yummy not to share. I’ve been making it for many years and it’s a hit with my family.

It’s made similar to Rice Krispie squares as you use cereal and melted marshmallows. Add in some melted chocolate and Golden Grahams and you have that sweet summer flavour of s’mores. They are no-bake and the hardest part of the recipe is melting the chocolate and marshmallows on the stove. And that’s pretty easy! 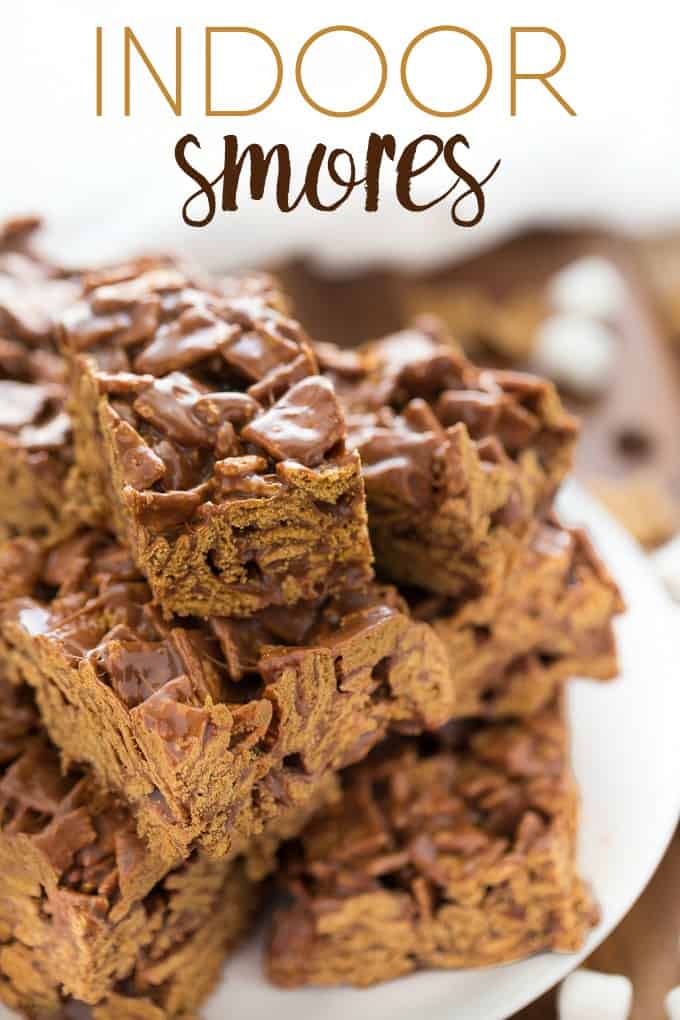 They are chewy, sweet and sticky just like a s’mores would be. I cut mine into big pieces, but if you cut them smaller you’ll be able to serve more people. 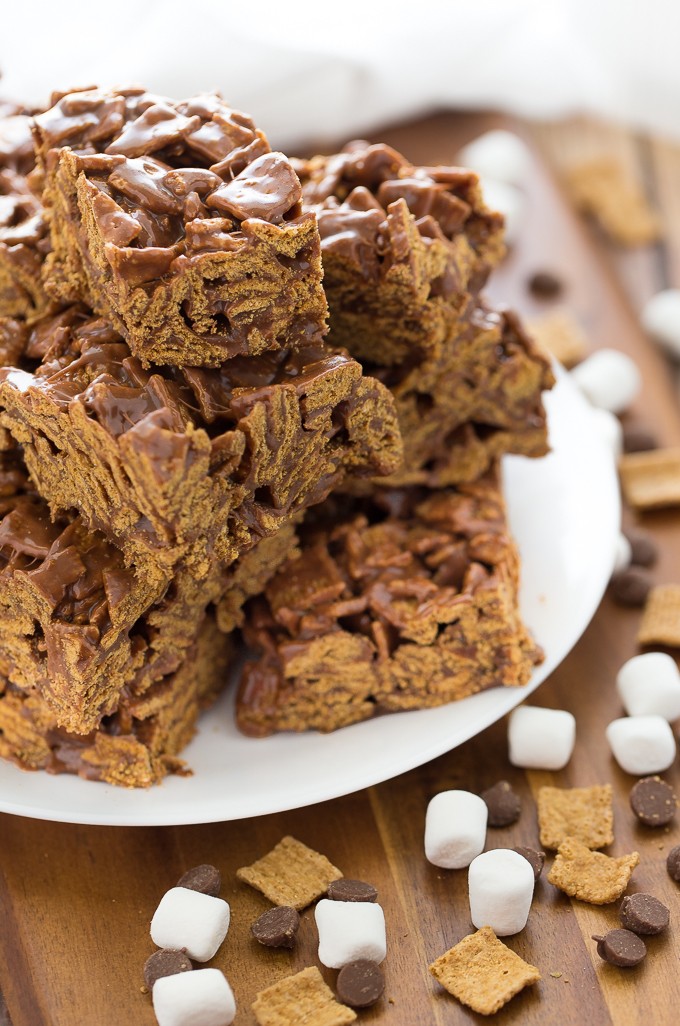 The batch I made is almost gone. The kids had some friends over and everyone wanted to try them. They are simple to whip up. I need to buy another box of Golden Grahams. This recipe uses the entire 340ml box! 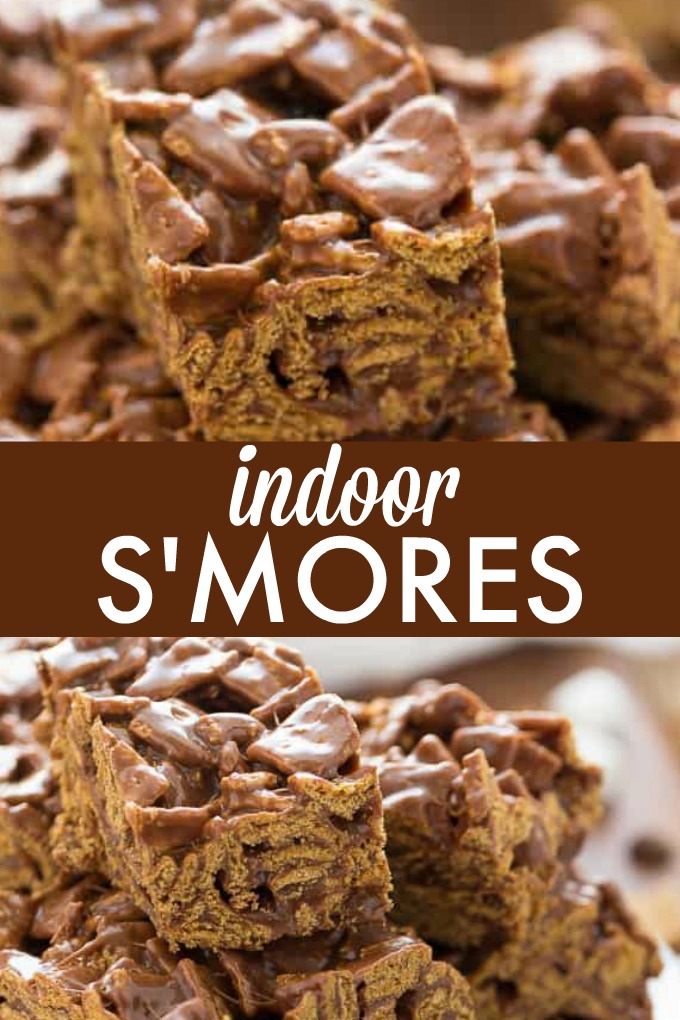 Craving more s’mores inspired recipes? I have a couple for you! Check out this S’mores Pizza and S’mores Overload Cupcakes.

Are you familiar with this recipe for Indoor S’mores? 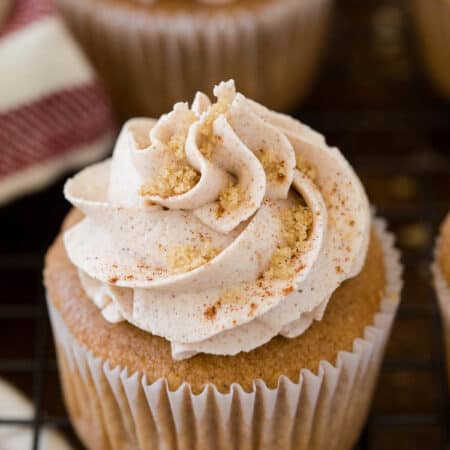 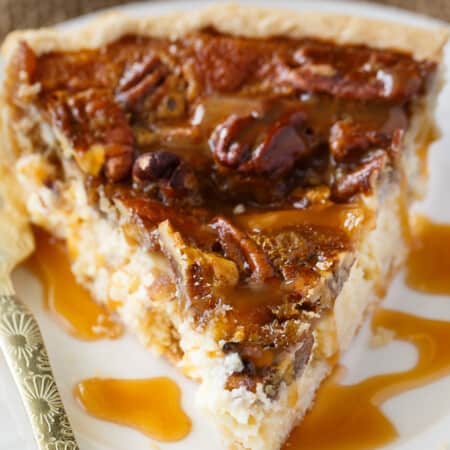 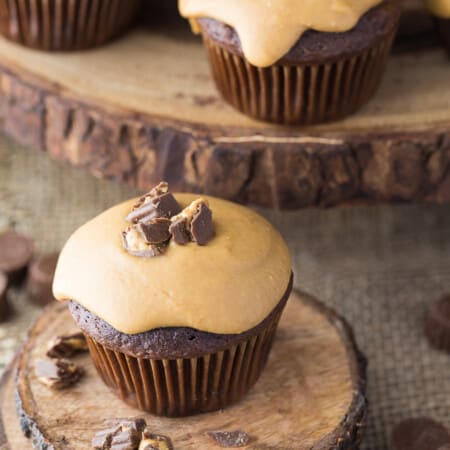