I was asked by Carusele to participate in this campaign, sponsored by Splenda Stevia Canada. Although I have been compensated, all opinions are my own.


Thanksgiving in Canada will be here before we know it and I’m already starting my holiday preparations. I haven’t hosted Thanksgiving in several years so I want to make sure I have all my bases covered. This will be the first year spending the holiday with my fiancé’s family. I need to make sure to make a good impression!

I’m going to be serving the most mouthwatering, decadent beverage ever. Where are my pumpkin spice fans? This Pumpkin Spice Latte is for the record books. The best part about it, though, is that you can enjoy it guilt-free!

I find people have a love-hate relationship with Pumpkin Spice. I am definitely on Team Love, but have been avoiding them for the last little bit. They are normally loaded with sugar so I tend to stay away. If you are like me, pay attention. I have the BEST recipe for Pumpkin Spice Lattes and it has NO sugar. Say what?! 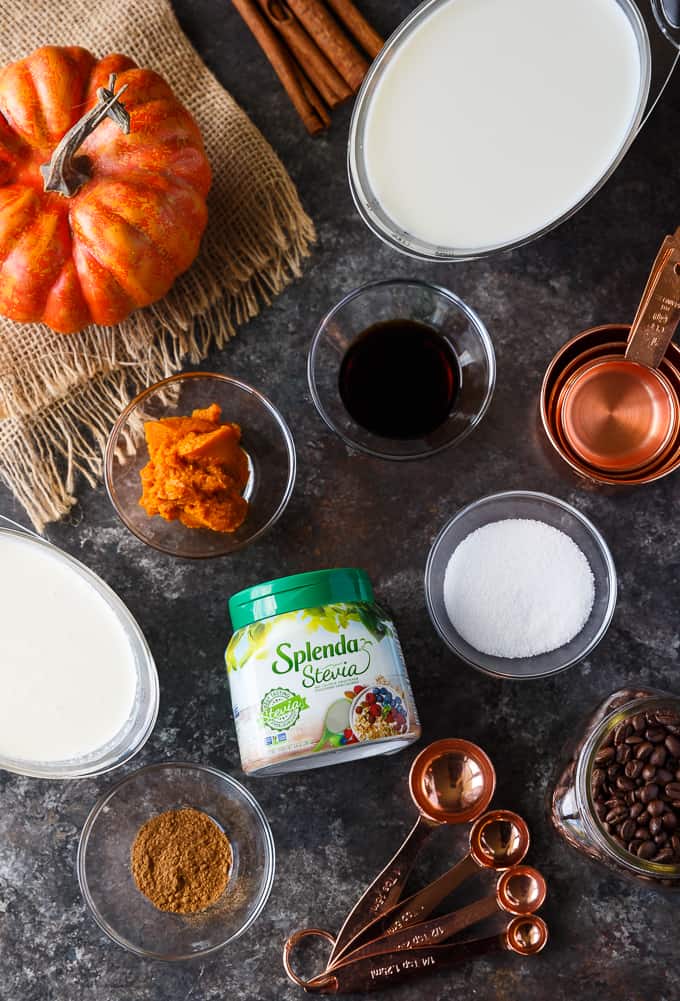 This Pumpkin Spice Latte is made with the typical ingredients as you’d expect like coffee, pumpkin, vanilla extract, milk and pumpkin pie spice. Notice I didn’t say sugar there? My secret ingredient for this indulgence is Splenda® Stevia No Calorie Sweetener. And you won’t even know it’s in there! It’s sweet just like sugar and has no bitter aftertaste. 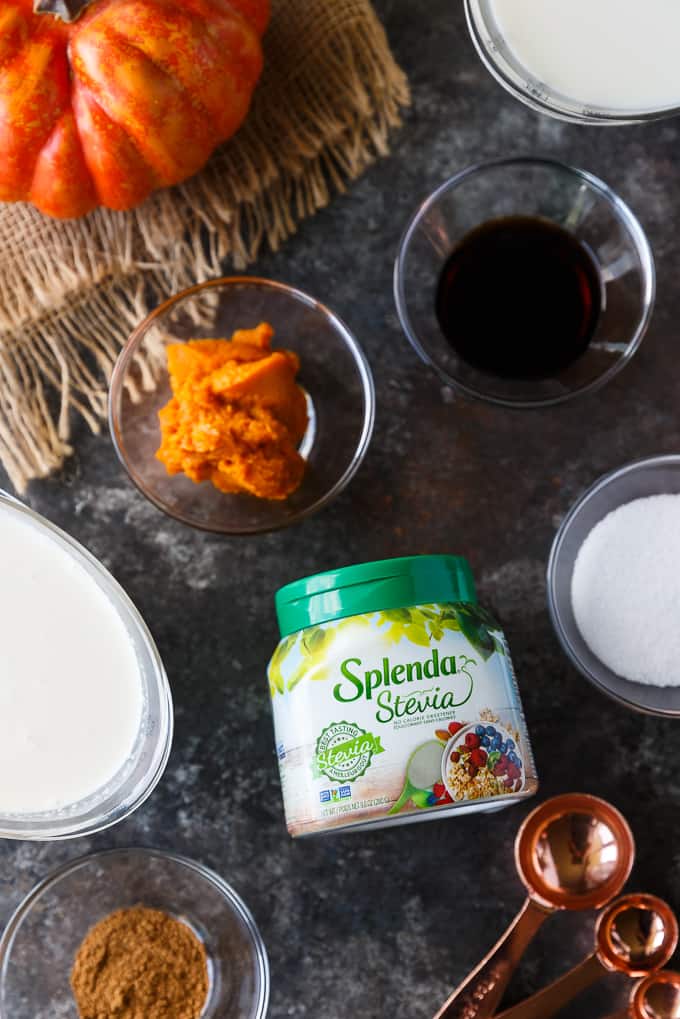 Splenda® Stevia comes in a variety of options:

For this particular recipe, I used the Splenda® Stevia No Calorie Sweetener, table top jar. Each teaspoon in the Table Top Jar has the same amount of sweetness as two teaspoons of sugar, minus the calories. 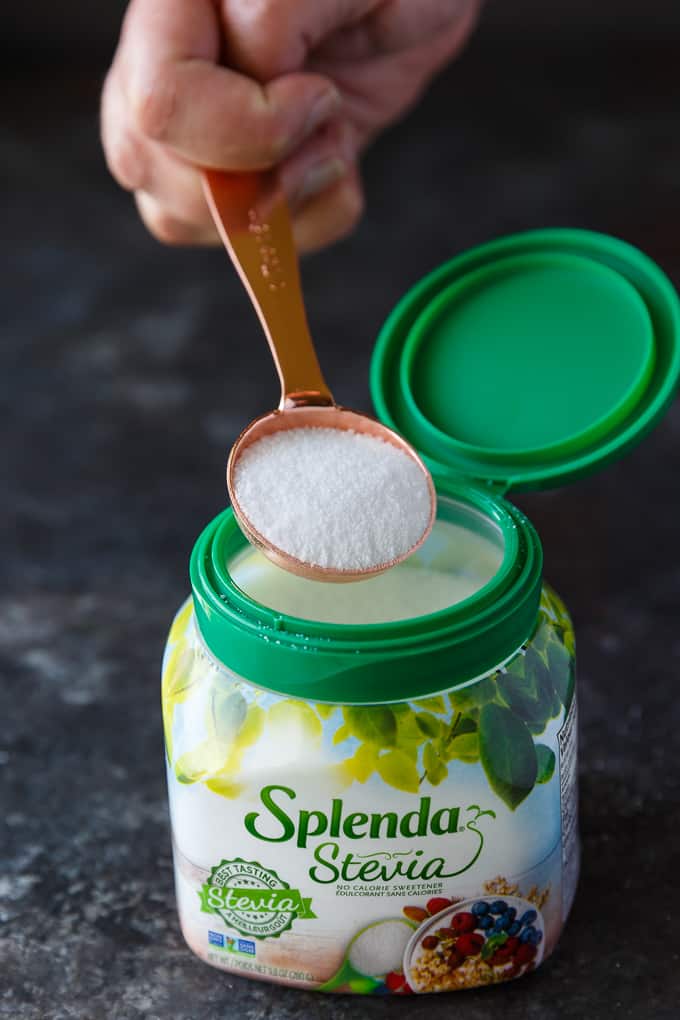 I even used it to make the whipped cream topping. I had a hard time not eating it right from the bowl. 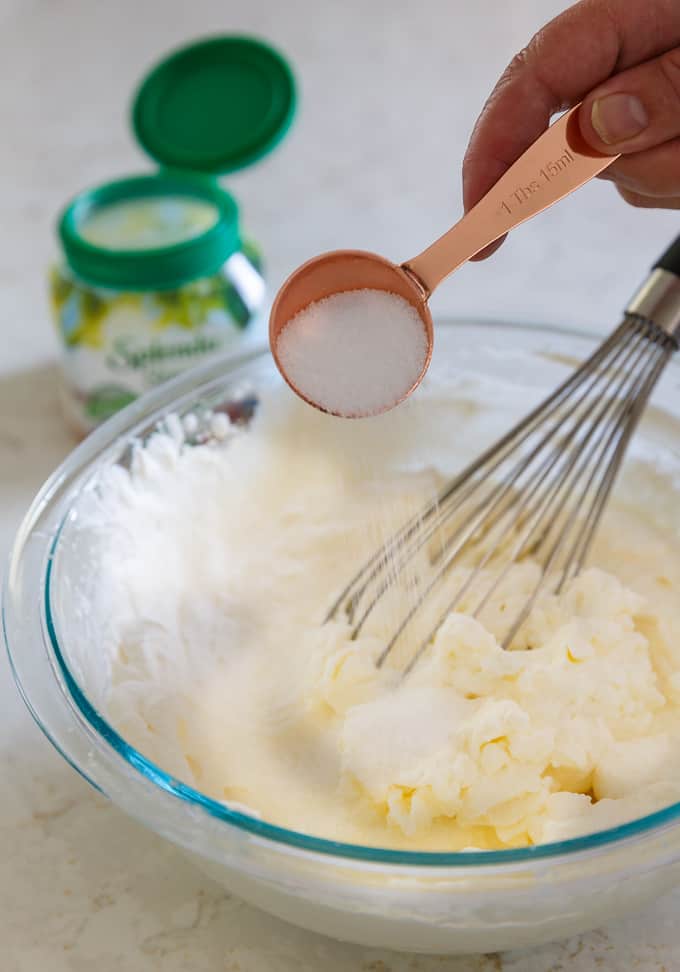 How to Make a Pumpkin Spice Latte

Add the milk, pumpkin and Splenda® Stevia to a medium saucepan on medium heat. Whisk together to combine. Heat for about 7 minutes until the mixture is hot. Make sure it doesn’t boil though. 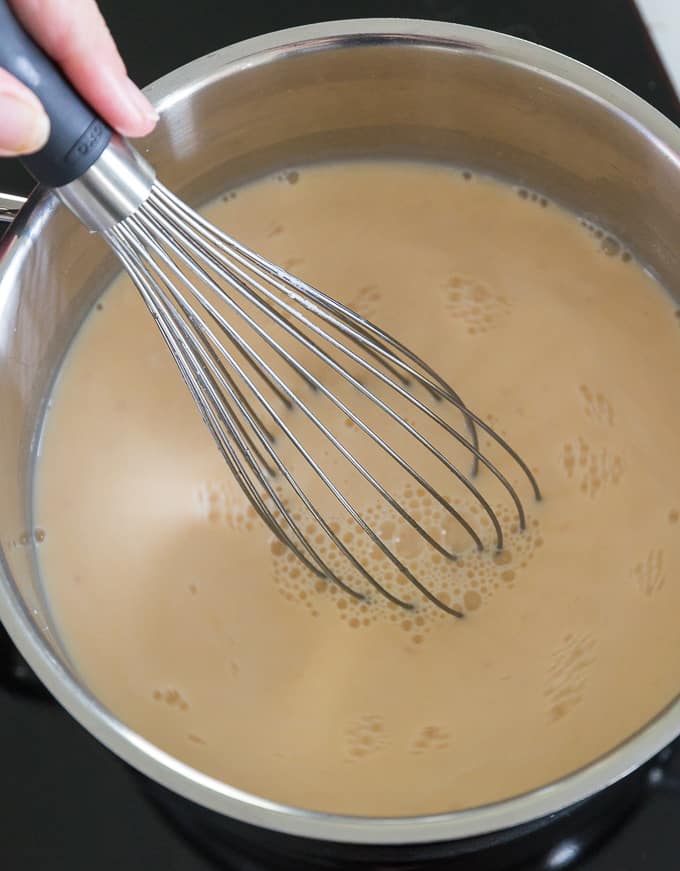 Remove the saucepan from the heat and whisk in vanilla extract, coffee and pumpkin pie spice. Divide the mixture between four mugs. 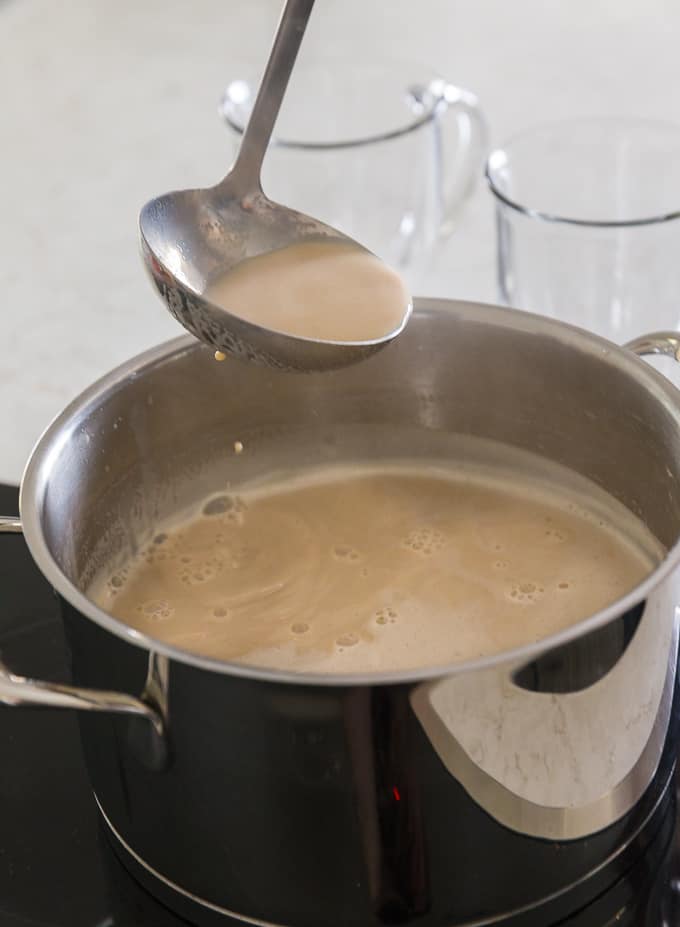 Top with whipped cream made with Splenda® Stevia and serve hot. I added a sprinkle of pumpkin spice and a cinnamon stick to make for a pretty presentation.

Don’t they look delicious? The perfect Thanksgiving drink, in my opinion! 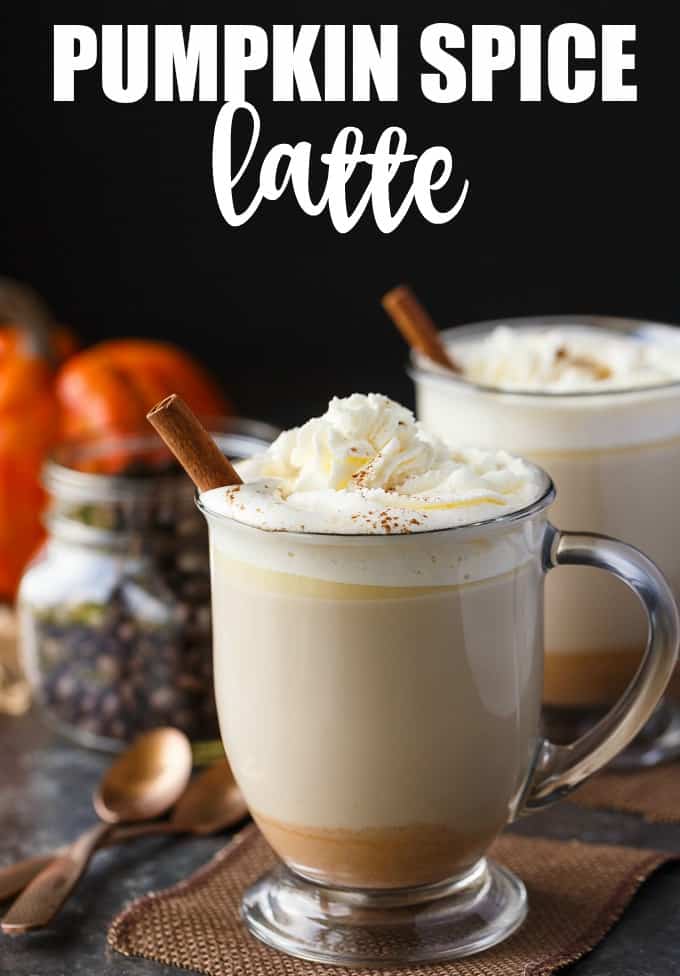 I’ve been searching for a good stevia to use in my cooking and baking. I’m so glad that Splenda® Stevia is now here in Canada! I’m down 25 pounds now from limiting sugar and carbs in my diet and I’d like to lose another 20 pounds more. It’s awesome that I can make my favourite recipes healthier to enjoy without the added guilt.

You’ll notice when you try it that it has no bitter aftertaste, usually associated with stevia. This Pumpkin Spice Latte tastes just like the original sugar-laden varieties. Even my fiancé couldn’t tell the difference and that says something right there! He is super picky. 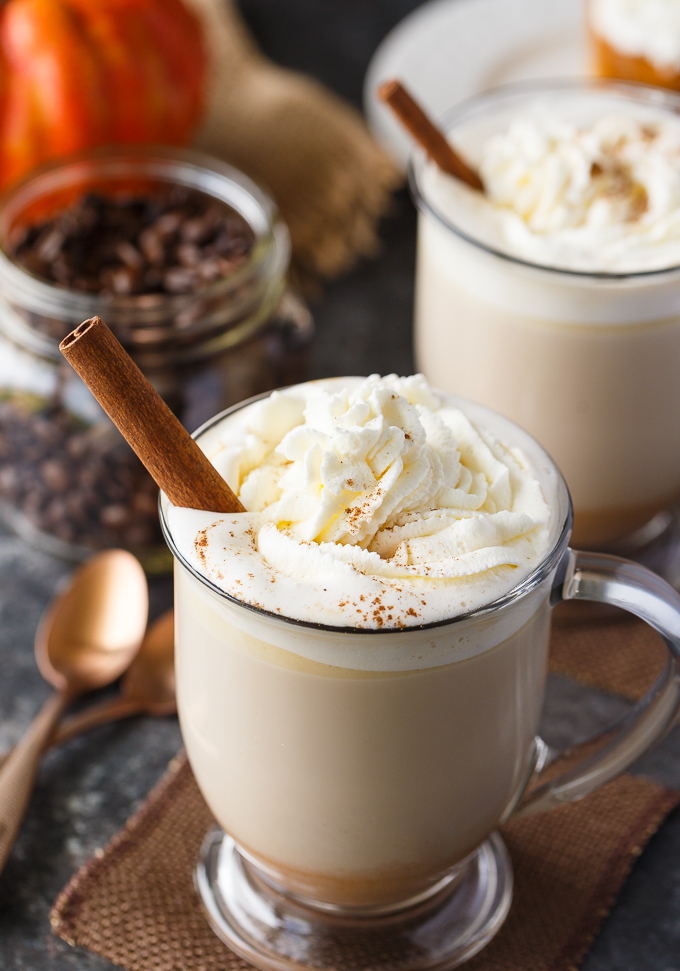 The reason there is no bitter aftertaste is because Splenda® Stevia is sourced from the sweeter, cleaner-tasting part of the stevia leaf. I think it’s the best tasting stevia out there and will be my go-to sweetener from this day forward. 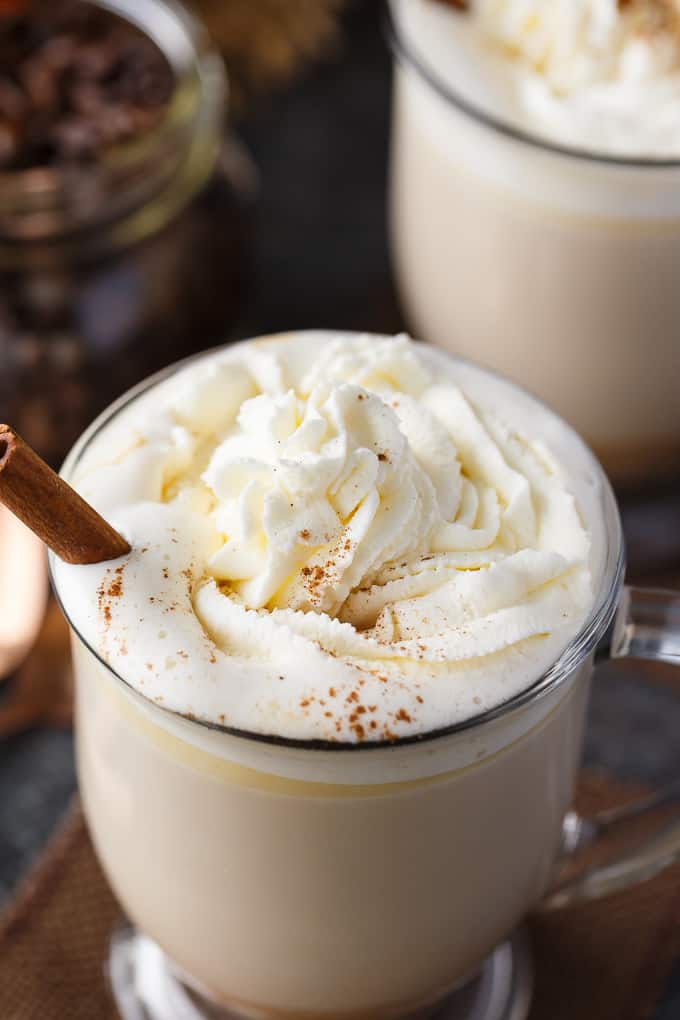 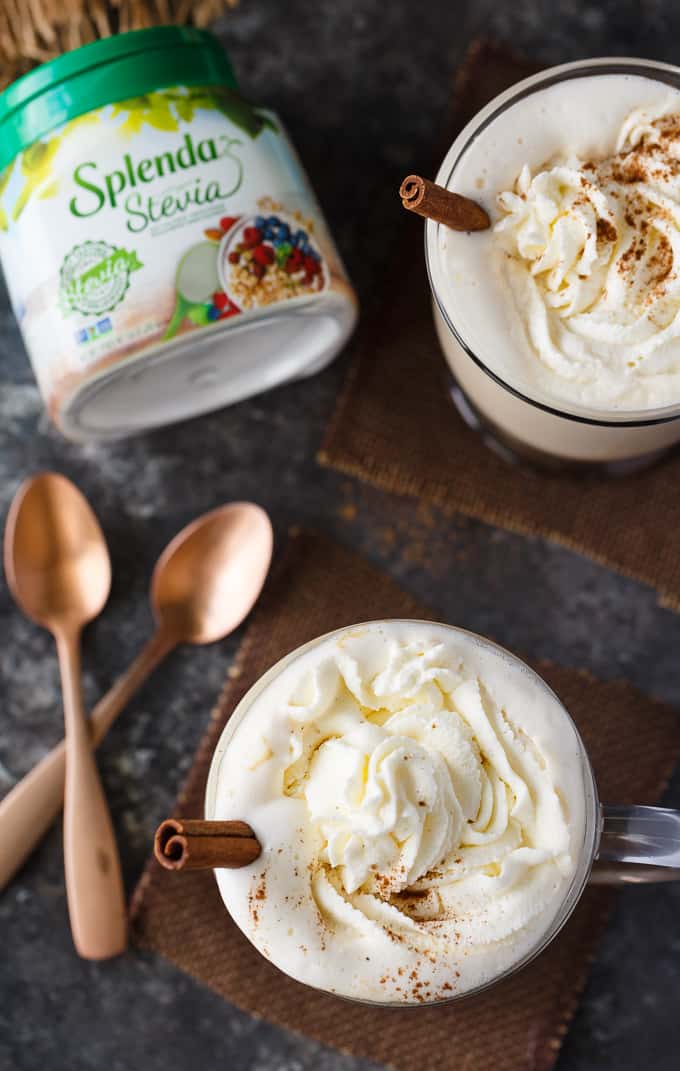 I plan to make this Pumpkin Spice Latte recipe again for my fiance’s family at Thanksgiving. I’m thinking of serving it with dessert. Pumpkin Pie can also be made with Splenda® Stevia! I bet they won’t even realize that it has no sugar. It can be our little secret. 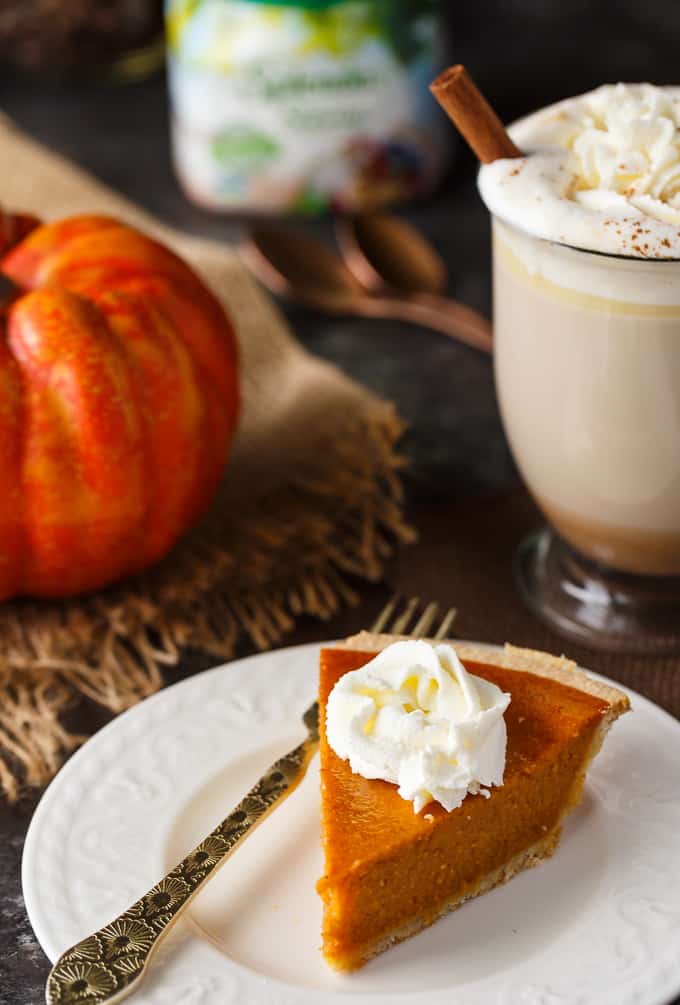 It would also make a delicious and filling afternoon treat. Curl up on the couch with your favourite book and sip away. I can picture the relaxation right now. 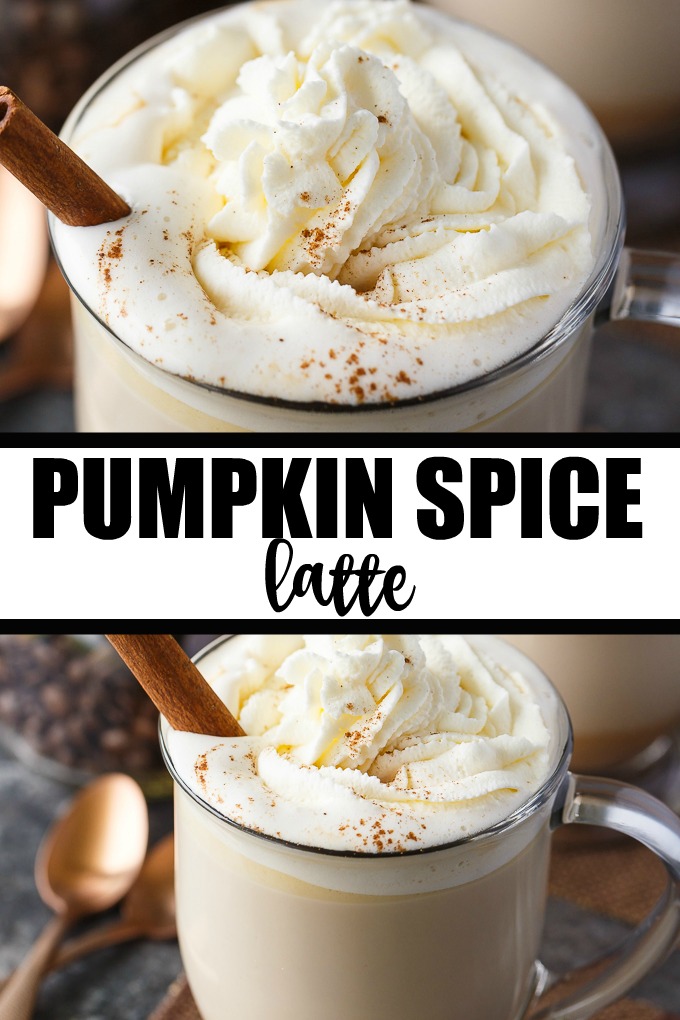 I hope you’ll add this Pumpkin Spice Latte to your recipe box and make it for your family this Thanksgiving, too. I’d love to hear back about how everyone liked it and if they could even tell that it had no sugar!

Use canned pumpkin and not pumpkin pie filling. 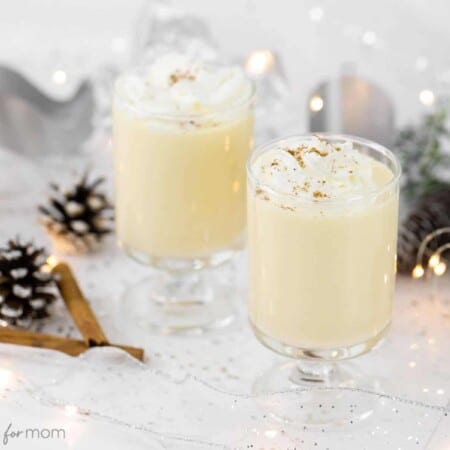 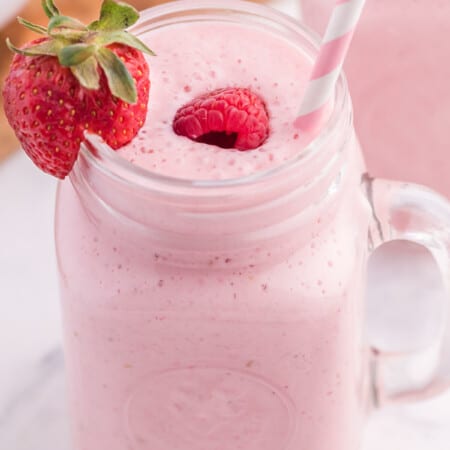 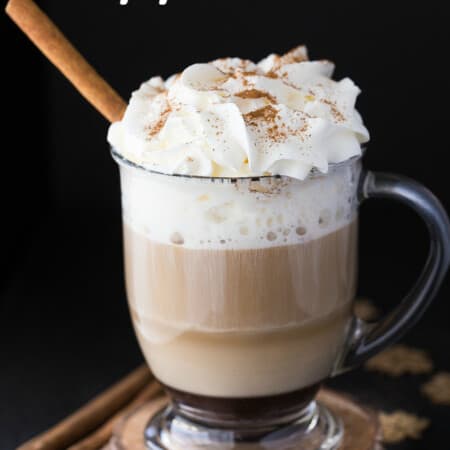