I remember the first time I ever tried cheesecake. It was 1988 and I was at my aunt’s house in Brampton, ON the night before she was to be married to my uncle. I was 10 years old and still a fussy little thing. I was very picky with what I would and wouldn’t eat. They had a spread of food laid out in the dining room table for guests to eat. I didn’t know what that blueberry dessert was and I was told its blueberry cheesecake. I had a small piece and I was hooked since. Cheesecake is the absolute best dessert there is in my opinion. My love for it has not waned even 25 years later!

This recipe for White Chocolate Cranberry Cheesecake Bars is to die for! It’s a smooth, creamy, rich cheesecake filling and a crunchy shortbread cookie crust base. I added white chocolate and dried cranberries into mine, but you could mix it up and try other toppings. Some suggestions include berries, chocolate chips, butterscotch chips or toffee bits.

These bars will not last long. They are addicting! Bring these to a potluck and I bet they’ll go quick. 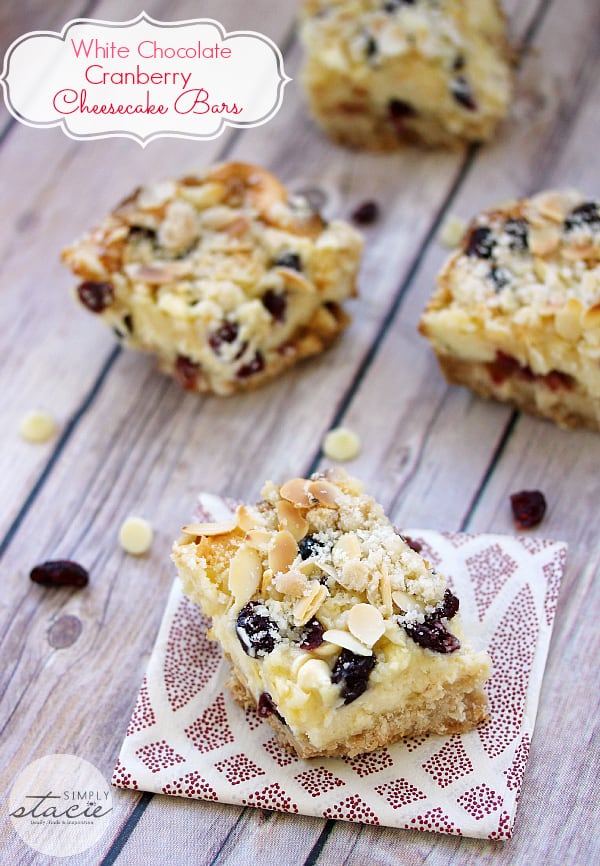 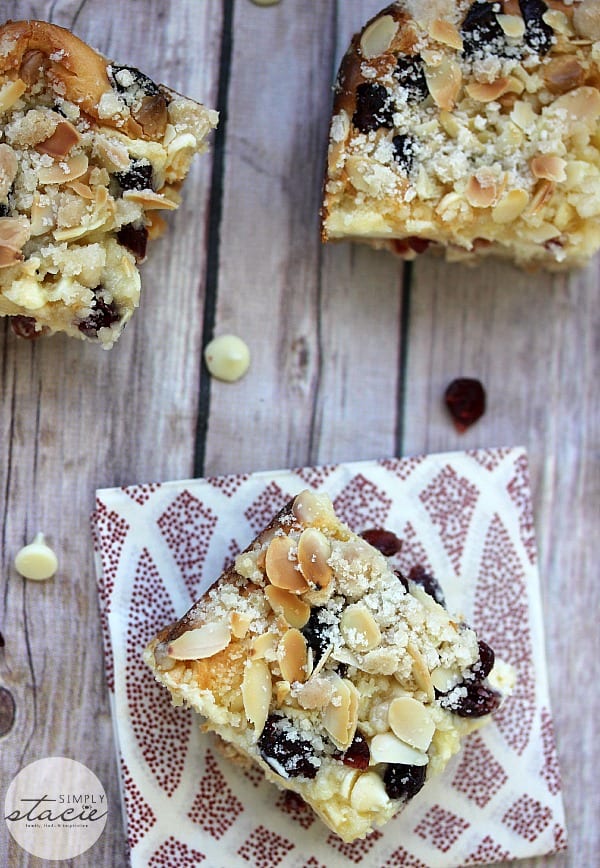 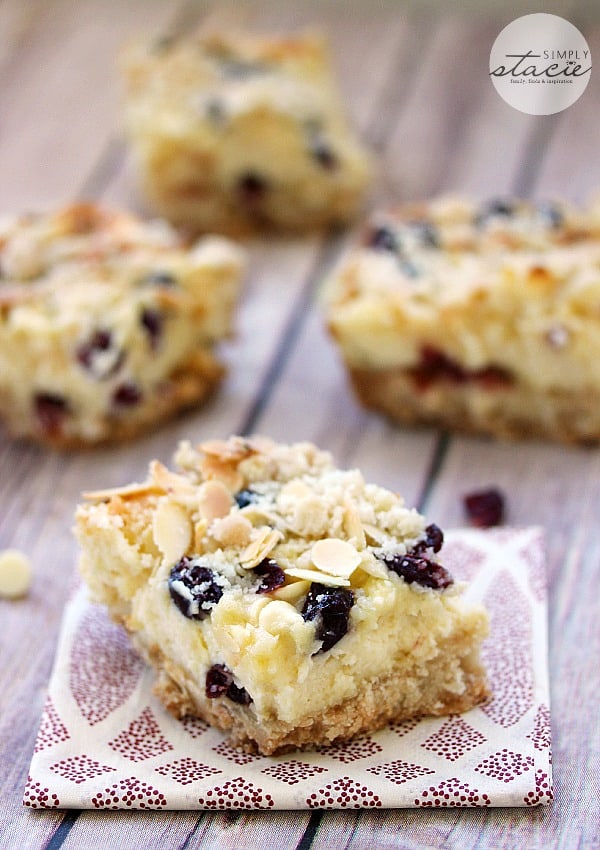 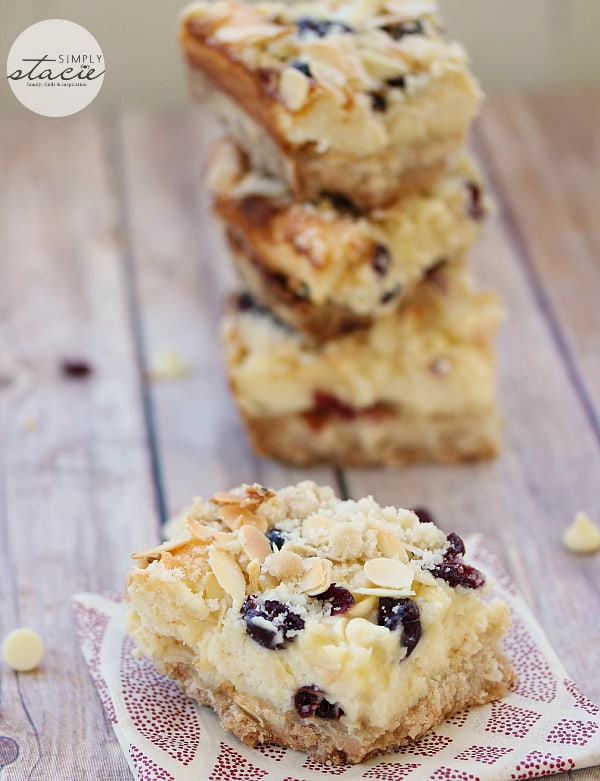 Cheesecake + shortbread cookie = WOW! These cheesecake bars combine crunchy shortbread with the decadence of cheesecake and the tang of cranberries. It’s a fantastic combination! 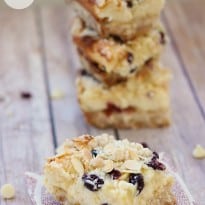