The Pizza Wonton Cups I shared last week inspired me to create more wonton recipes like these yummy Taco Wonton Cups.. The only thing they have in common is the same crispy wonton shell and the fact that they make an addicting appetizer. I love the flavour of tacos so it was a safe bet that these little guys would be a hit with my family. My daughter suggested we do an appetizer night with only wonton cups! I guess I better start thinking of more recipes to make! 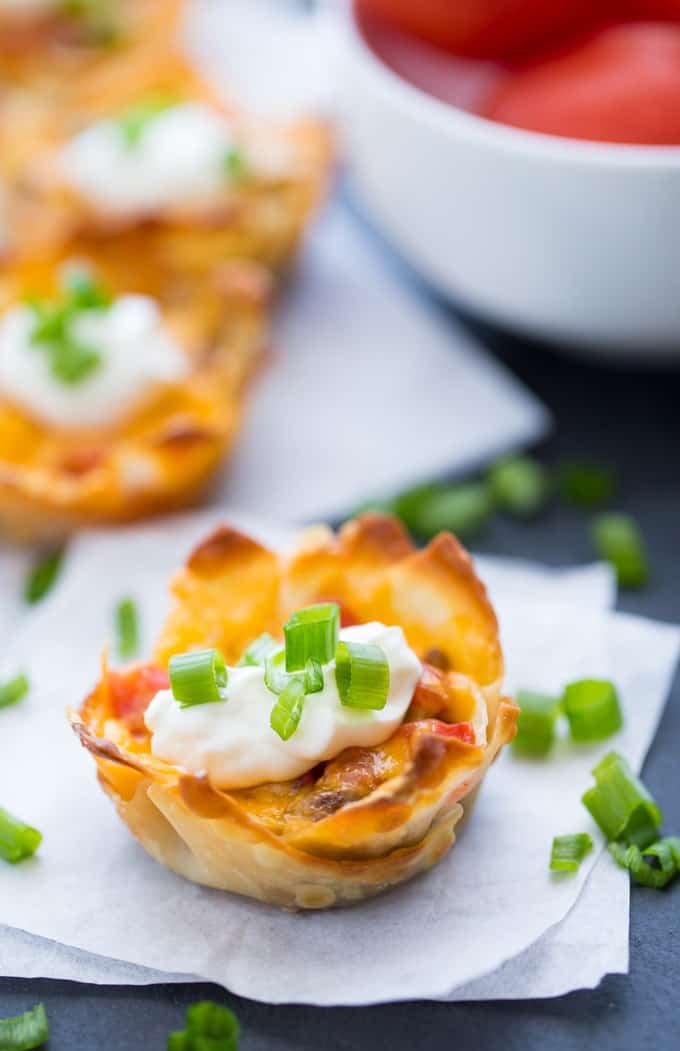 I made extra beef and added whatever toppings I had leftover to make a taco salad. I mix up salsa and sour cream to use as dressing so this recipe actually makes two recipes in one! 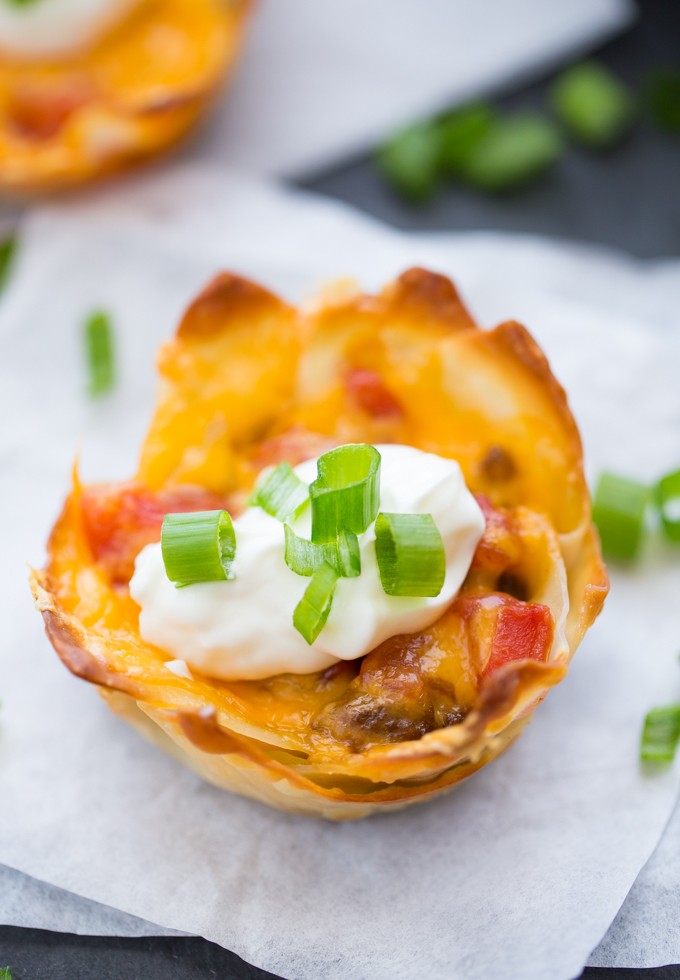 If you prefer to make your own taco seasoning versus using the packaged stuff, feel free. I bought a bunch of the taco seasoning packets since we make tacos often around here. I’ve made my own in a pinch, but with mixed results. The last time I made it, the tacos were the blandest thing ever. I need to tweak my homemade taco seasoning recipe a bit so it has more life to it! 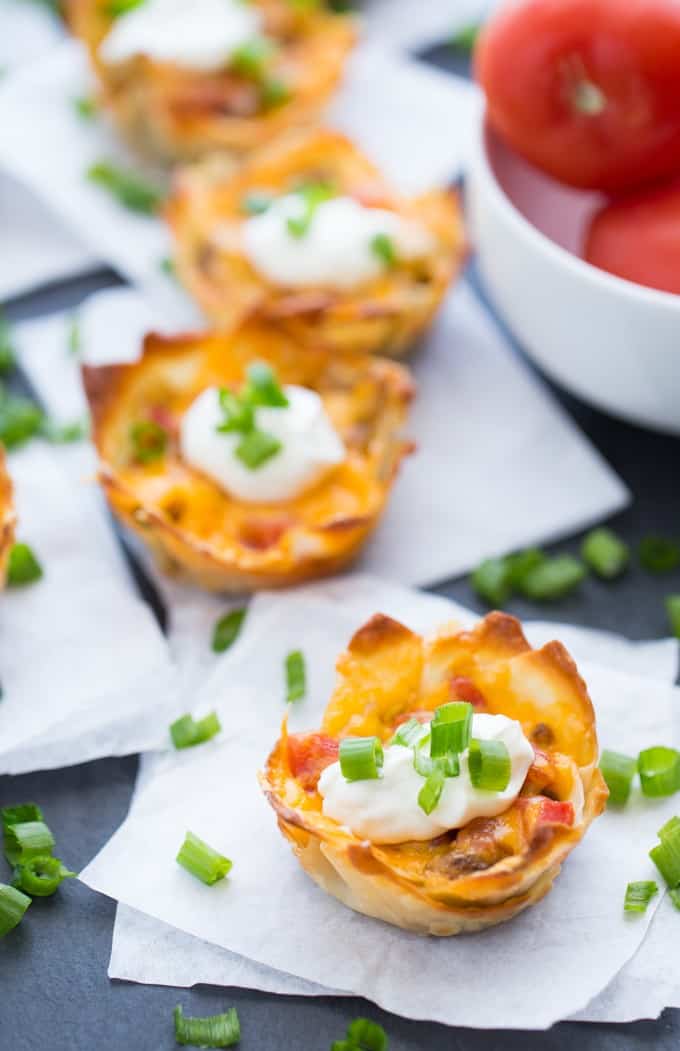 I like adding sour cream, tomatoes and green onion to my Taco Wonton Cups. Oh and let’s not forget cheese. Lots and lots of melted cheese! Salsa would also be yummy too.

Serve this appetizer at your party or get together. I’d make extra though since I predict they’ll be eaten up fast. We practically inhaled them! 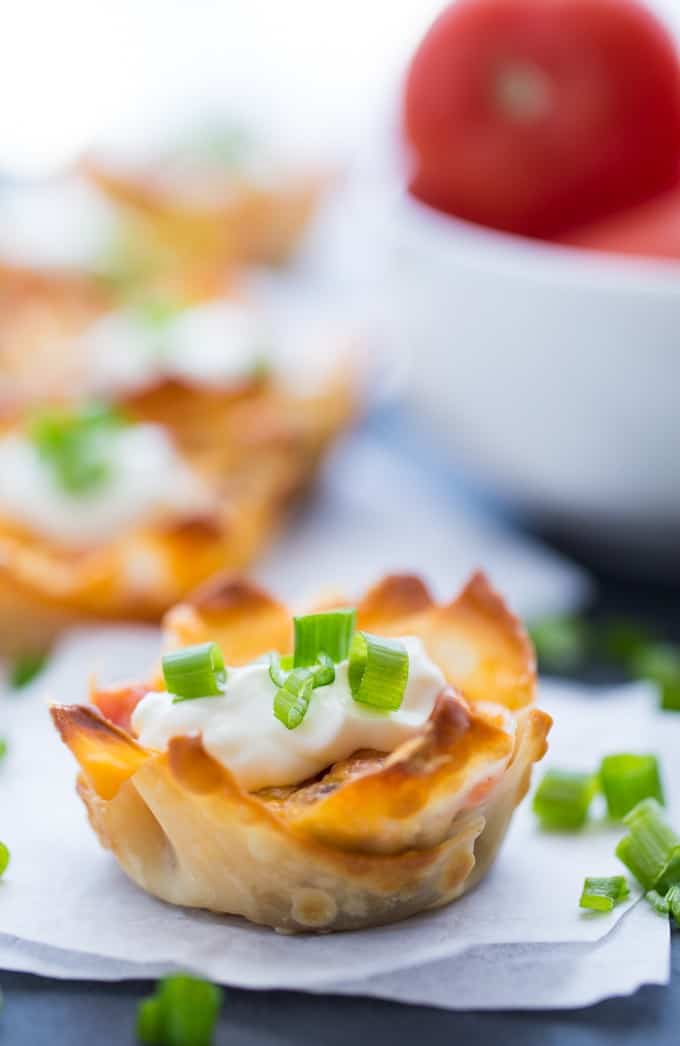 I have a few other taco inspired recipes you might like. Try this Taco Pizza, Taco Chicken Salad, Beef Taco Pasta, Taco Soup and Fiesta Taco Casserole. 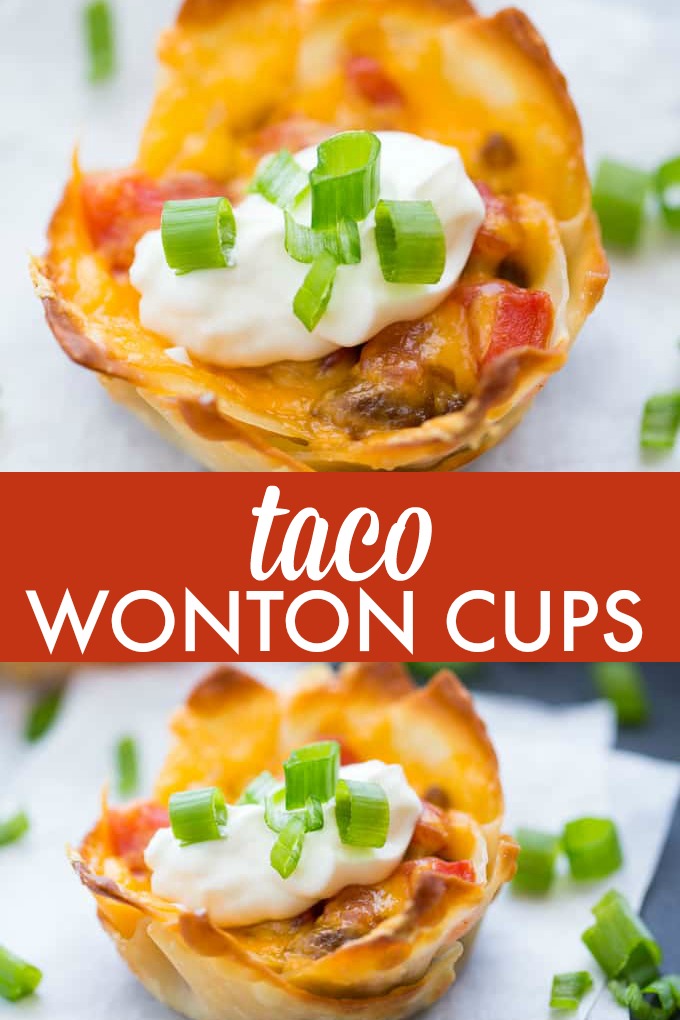 Are you a fan of taco inspired recipes?