Sometimes, you just can’t win. John’s been complaining that it’s been a long time since I made mashed potatoes. So I went out and bought a big bag of them and made three different potato dishes in a week. Now, he’s complaining that we are having it too often. See what I mean? It’s either not enough or too much. I guess, in a way, I did go a bit nuts with potatoes. We were supposed to have them again last night, but I had an extreme recipe fail. The kind where you ruin a pot….but let’s talk about recipe successes instead. These Slow Cooker Rosemary Garlic Mashed Potatoes were yummy and no pots were harmed during the preparations. 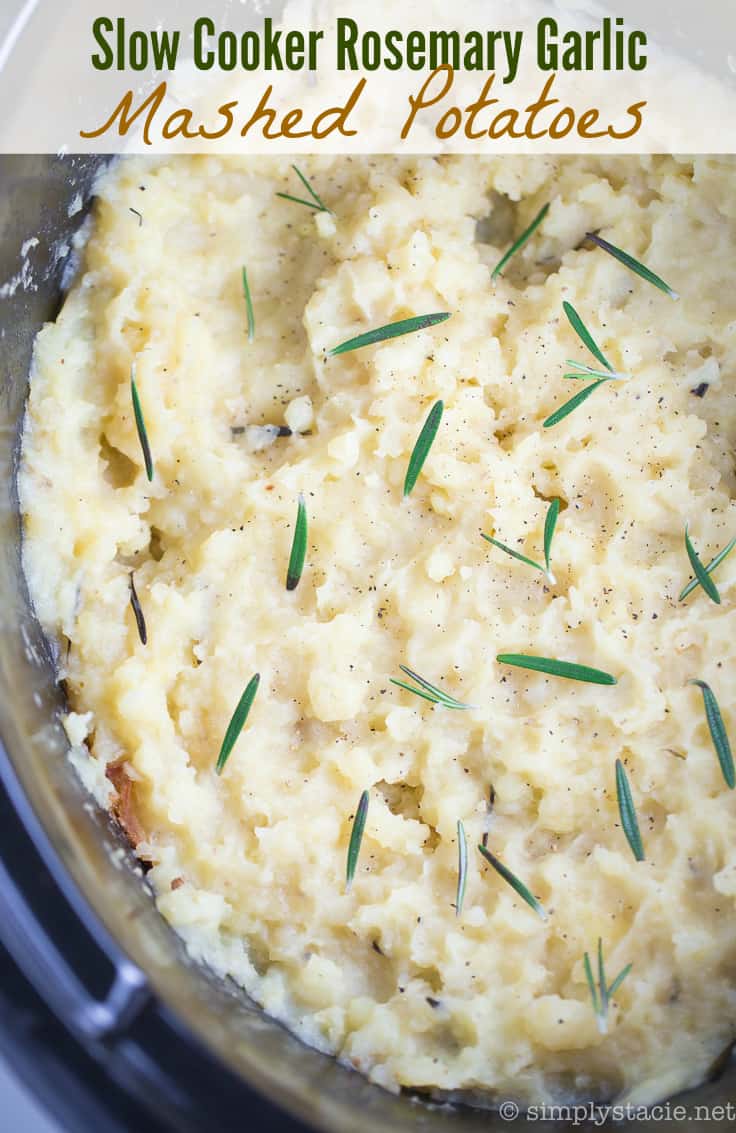 I love using the slow cooker to make potatoes. It takes a bit longer to cook, but requires barely any effort on your part. All you have to do is get the ingredients in the slow cooker and set it to cook. After a few hours, mash it up and dinner is served. Easy! 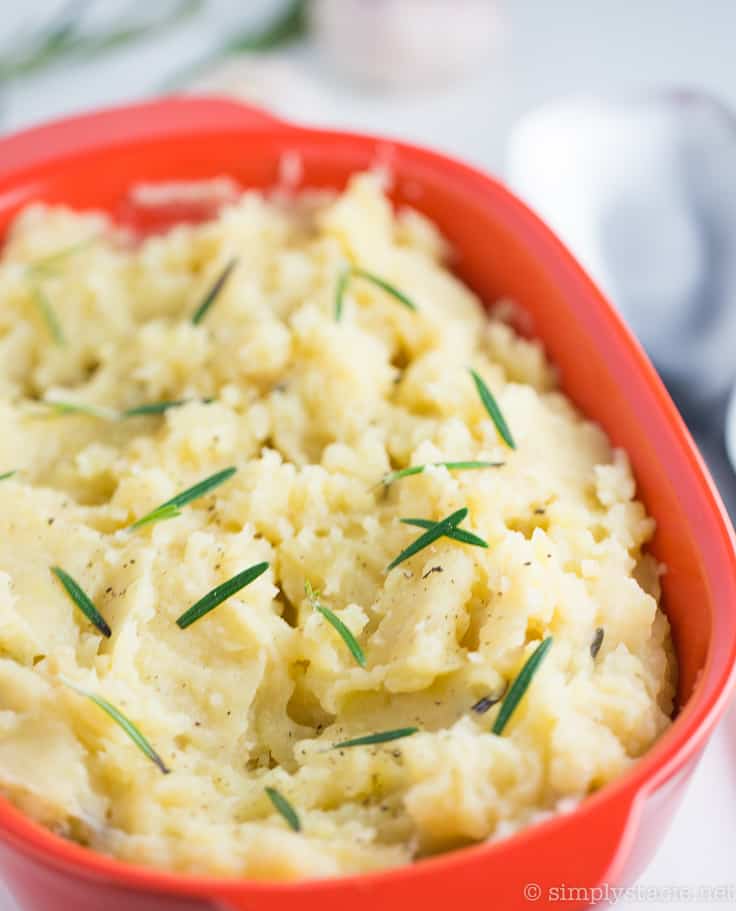 I often add garlic to my mashed potatoes. This time around, I added some fresh rosemary. We had a bunch leftover in the fridge from another recipe I was making. It turned out beautifully. Garlic and rosemary are a match made in potato heaven. 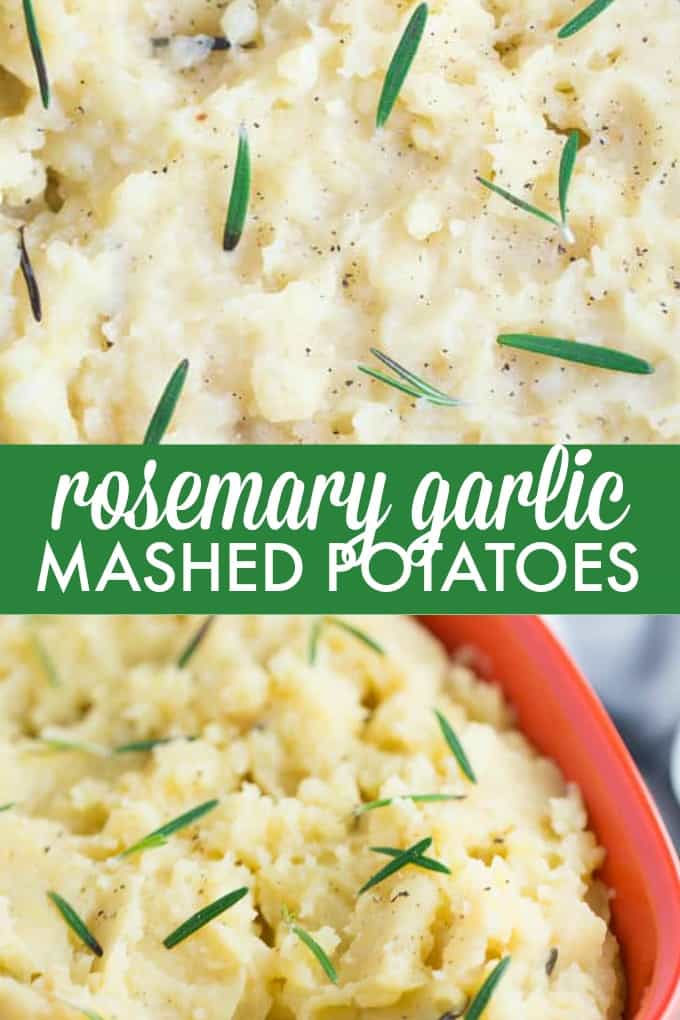 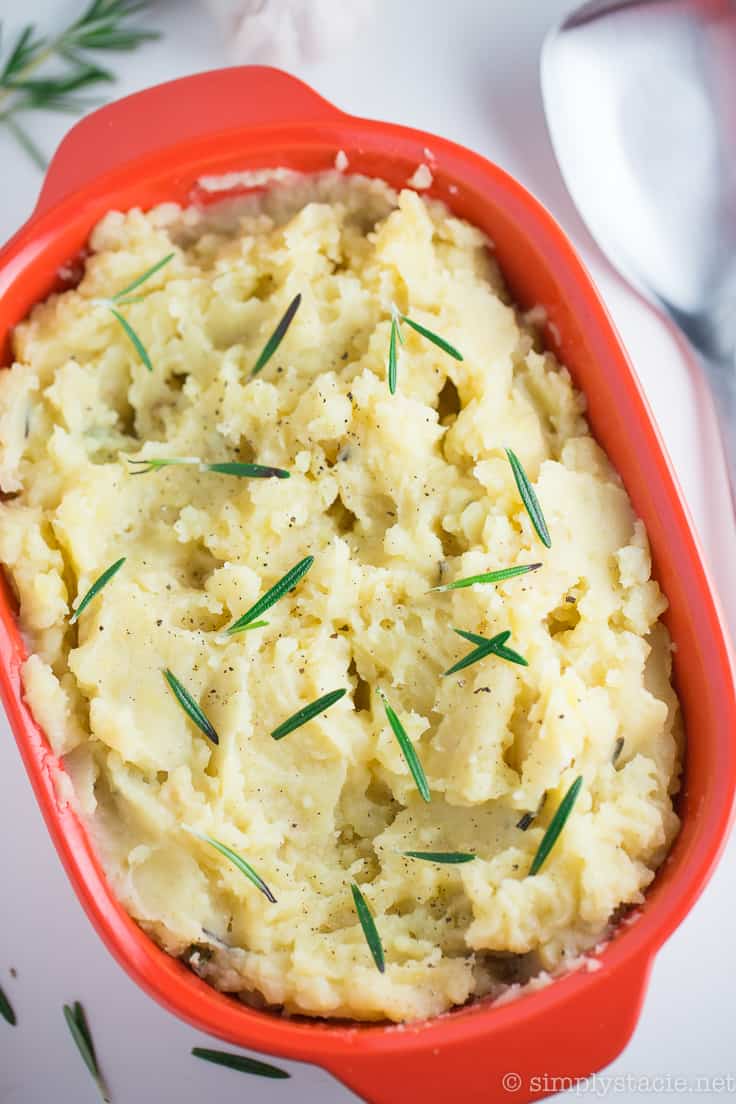 If you don’t want to make the recipe in your slow cooker, you can also do it on the stove top. Cook the potatoes like you normally would and at the end, add all the ingredients minus the chicken broth. Whip or mash and serve. 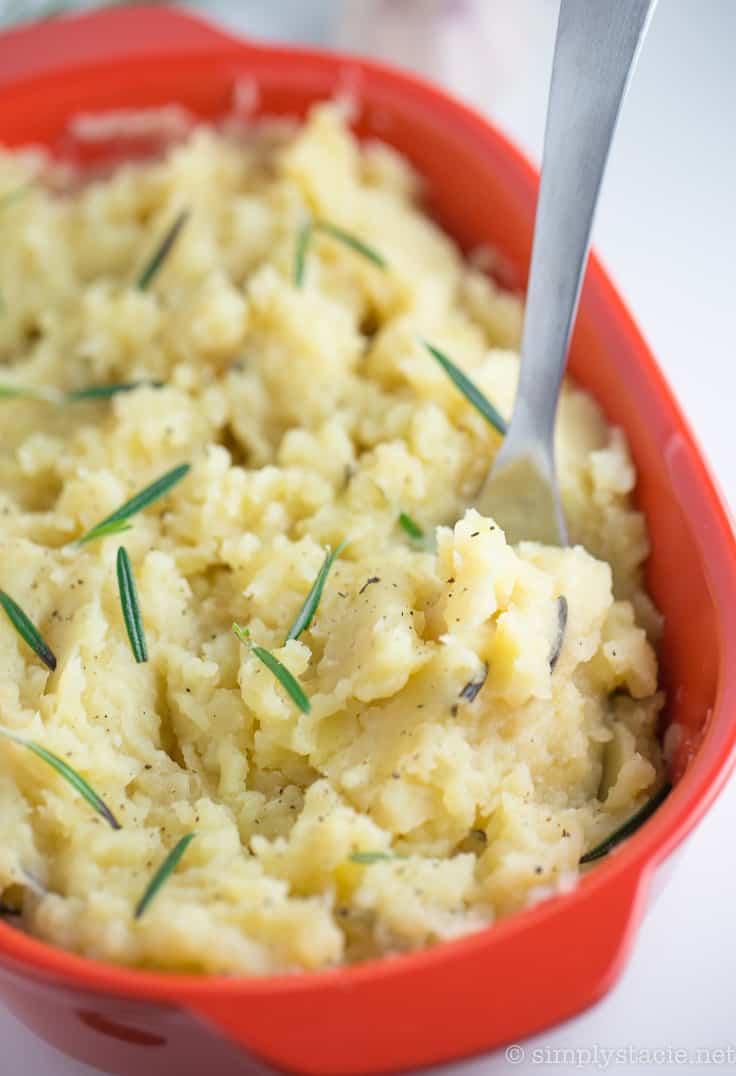 Have you ever made mashed potatoes in your slow cooker? 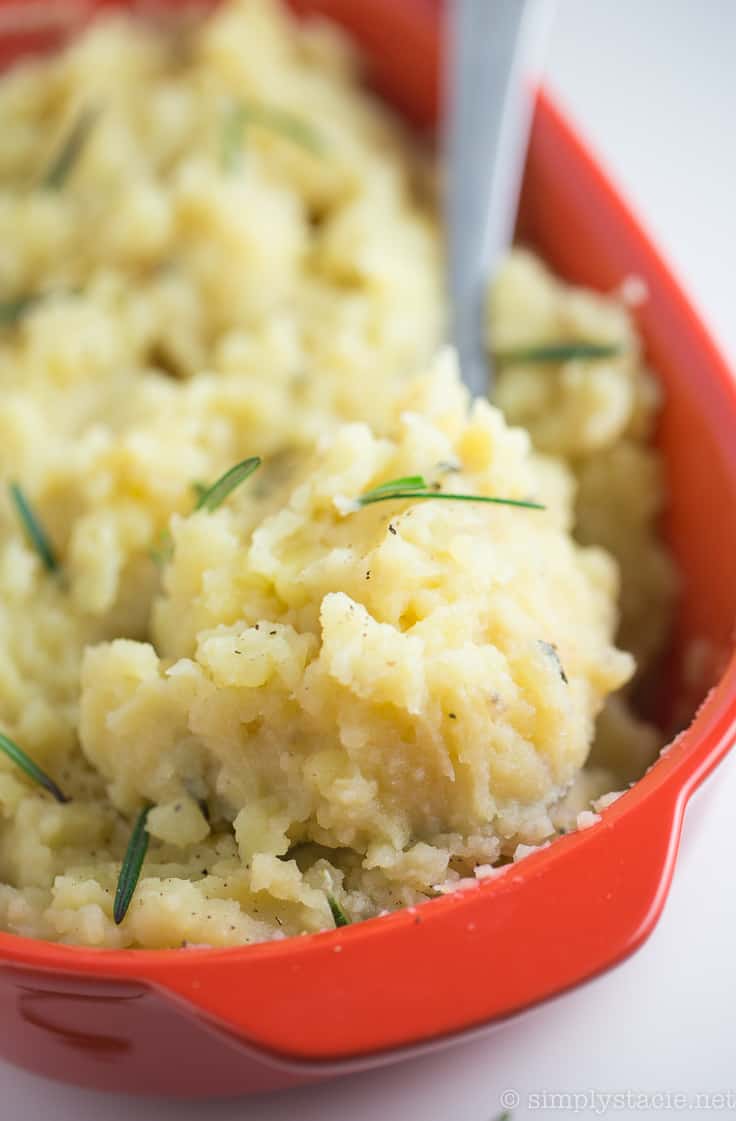