Is your chicken raised by a Canadian farmer? Mine is! Look for the “Raised by a Canadian Farmer” logo on the chicken at your grocery store. Not all stores have adopted it yet so you may not see it. If you don’t, consider asking the store to add the logo to their chicken. Consumers like us want to know where their food comes from. I know that Canadian chicken is raised to the highest quality standards in both food safety and animal care. I buy Canadian chicken on every grocery trip because we eat it so often here.

And yes, I have another yummy chicken recipe coming your way! This time, I’ve made Chicken Taco Twice-Baked Potatoes made with ground chicken. It may look elaborate to make, but it’s actually quite easy. 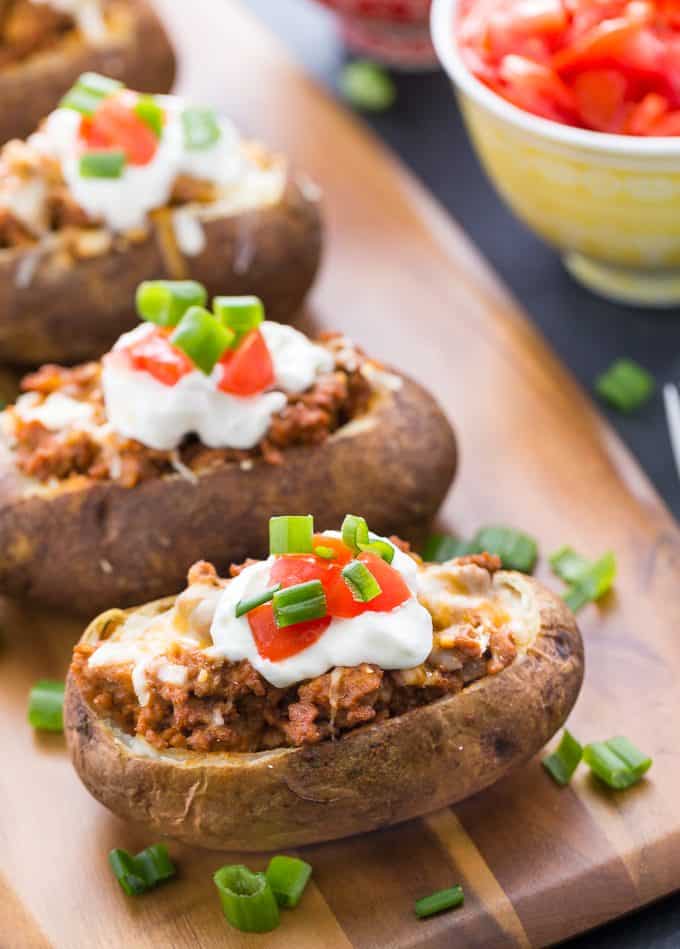 Baking potatoes work best, in my opinion, for these twice-baked recipes. The skin is a little tougher than the new potatoes and they hold their shape nicely. The potato becomes an edible bowl for your taco mixture.

After the potatoes have baked for an hour, you’ll want to let them cool off before you try and scoop out the inside. I was a little impatient the first time I made these and tried to handle the potatoes too soon after removing from the oven. Not my finest moment. Let them cool while you make the taco mixture and they’ll be the perfect temperature by the time you are done!

The best part is what’s inside: chicken mixed with onions and lots of taco seasoning. I could eat the chicken taco mixture on it’s own. It has just the right amount of flavour. It’s not too spicy and I probably would have added a little more seasoning if it were just me eating it. I adore spicy foods. 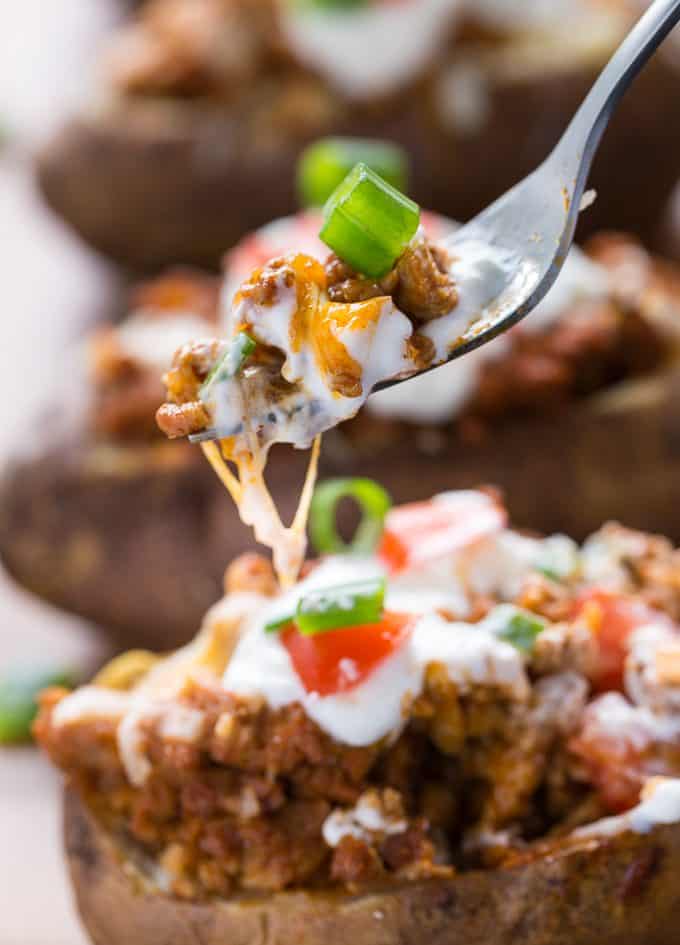 You’ll only need to bake them (the second time) for a few minutes. Everything is cooked so you are basically putting them into the oven to melt that cheese. Because you need that ooey gooey cheese on top!

I garnished our potatoes with a dollop of sour cream, chopped fresh tomatoes and green onions.

Have you ever tried ground chicken in your tacos?

posted in Side Dishes
24 Comments »