My Kitchen Before Renovations

Our home has come a long way since we bought it in 2014. It was in desperate need of some updates and most of the rooms hadn’t been touched since the 1960s. My family came in right after we took possession and started a few small renovations even before we arrived from Nova Scotia. They gave the kitchen a quick makeover by knocking out some upper cabinets and repainting the pantry. They also tore out the shag carpet in the hall and bedrooms and put laminate flooring in its place. It was already a big change when we finally got there to move in!

Here’s a look at what the kitchen looked like when we bought the house. As you can see, it’s pretty dated. 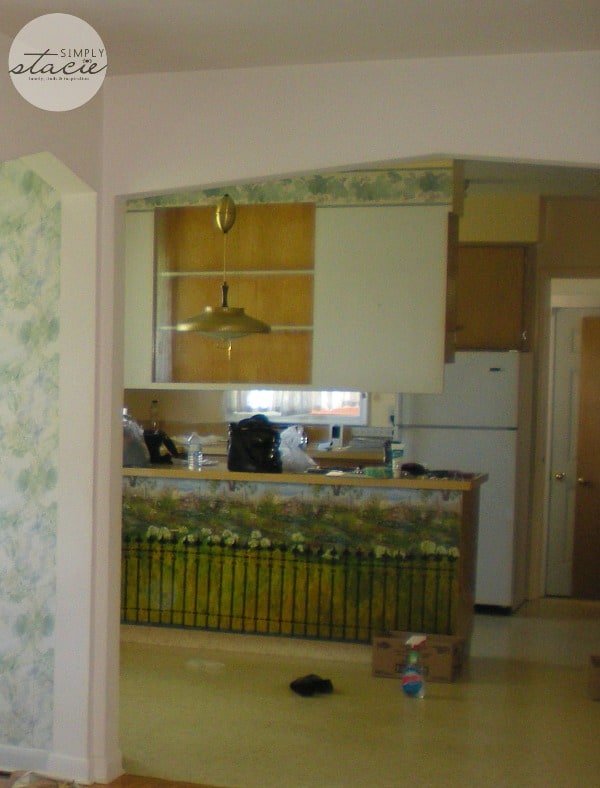 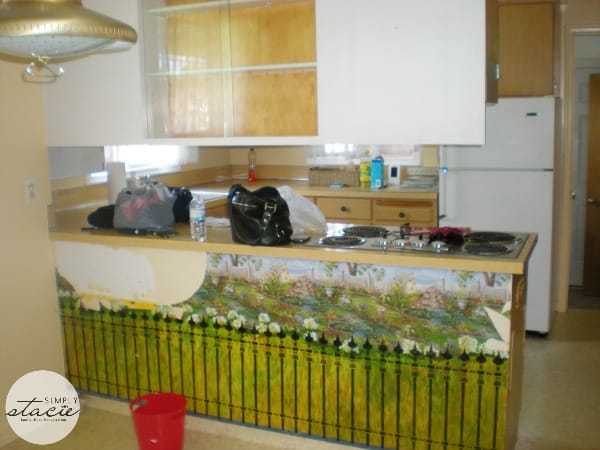 My dad is hard at work! 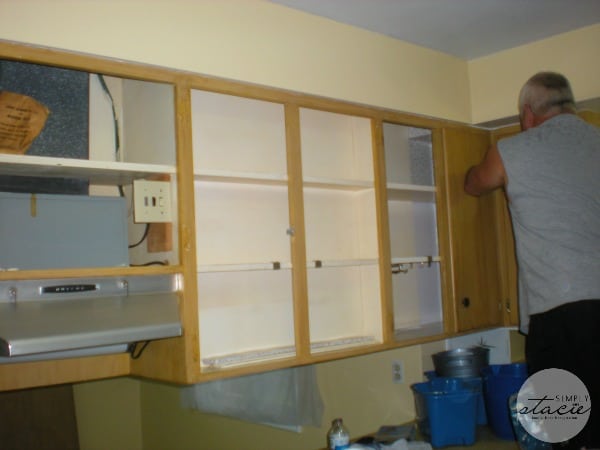 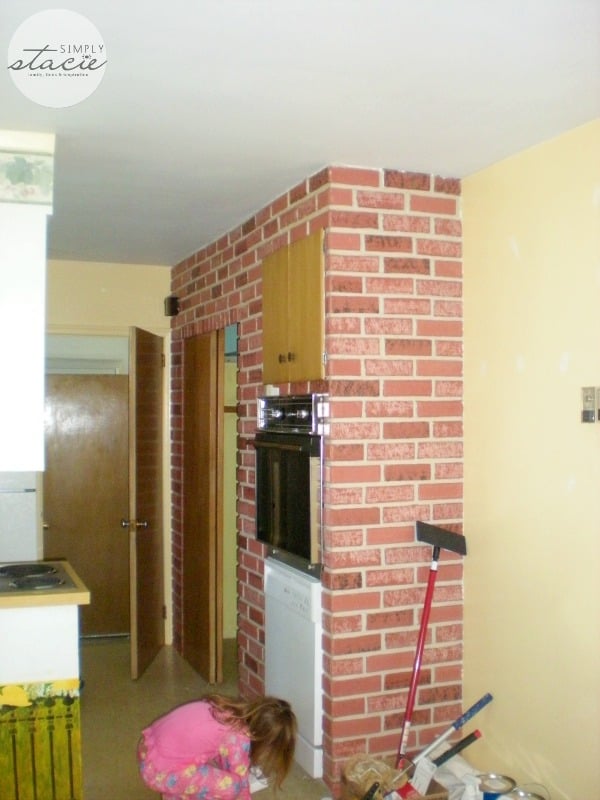 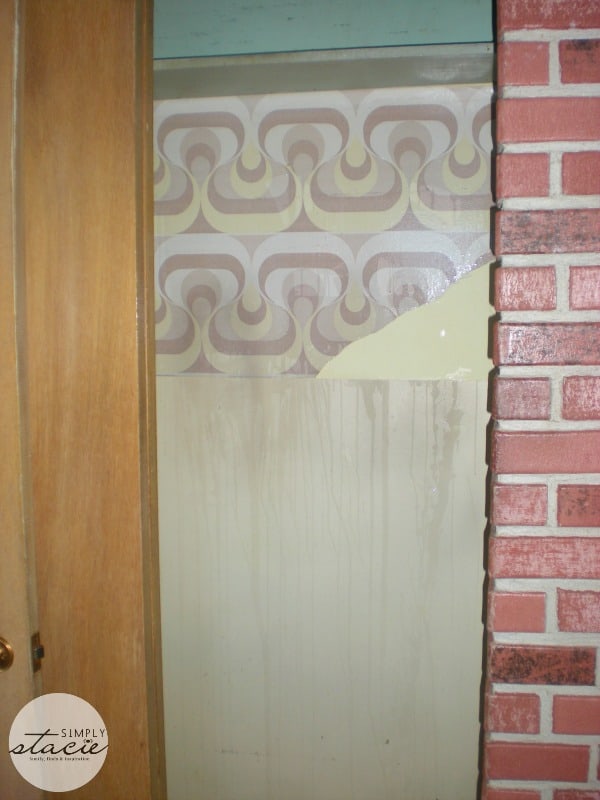 We kept the “new” kitchen for almost three years before we decided it was time to give it a complete makeover. I wanted a white kitchen to brighten up the place.

Take a look at the new and improved before pictures. 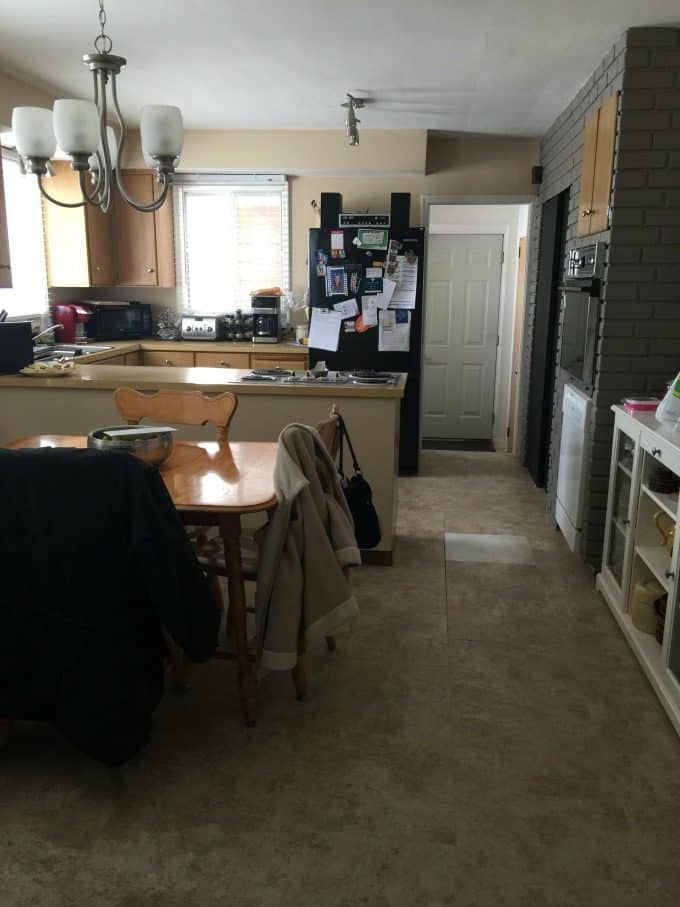 Notice that glaring white tile? It was a bad tile in the batch, yet the contractor used it anyways….that’s a whole other post. I have a few reno horror stories to fill you in on later. 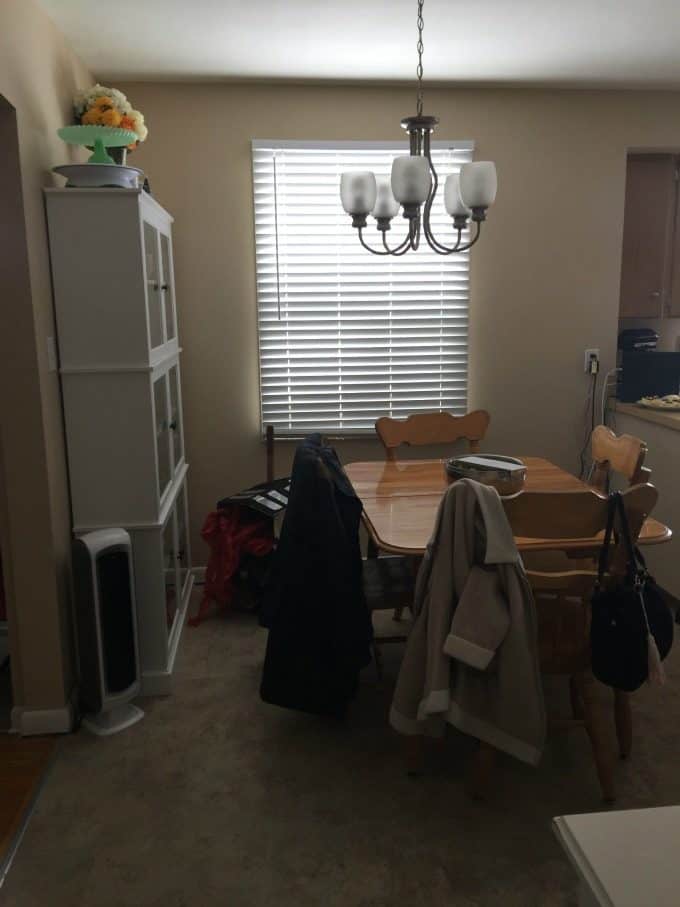 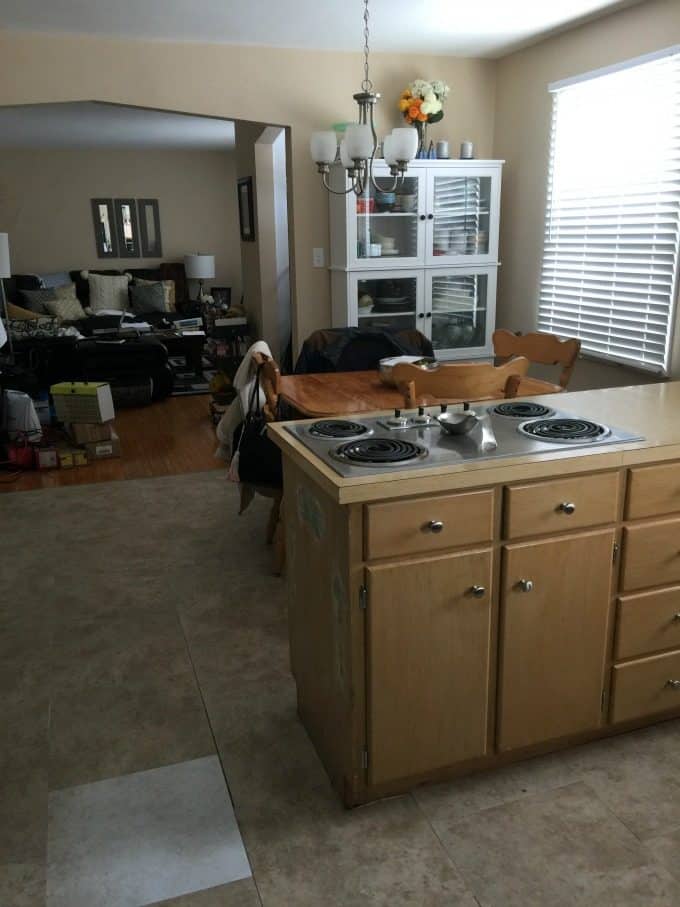 The peel and stick flooring was starting to pull away and looked terrible. I don’t recommend this type of flooring for a kitchen. Lesson learned. 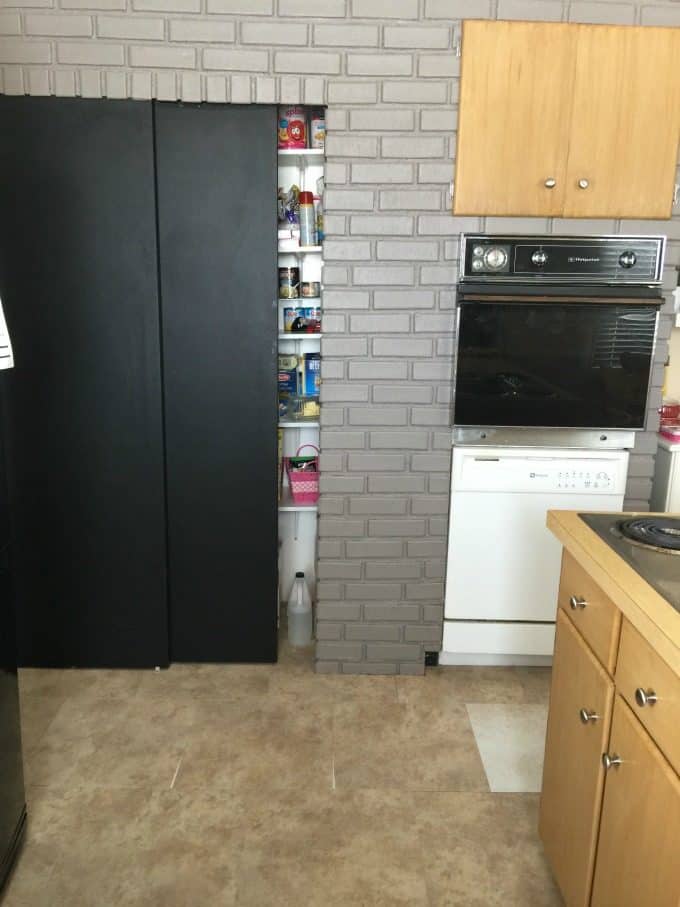 My aunt Debbie painted the pantry and did a great job. We added a chalkboard sliding door. It’s not real brick, BTW! 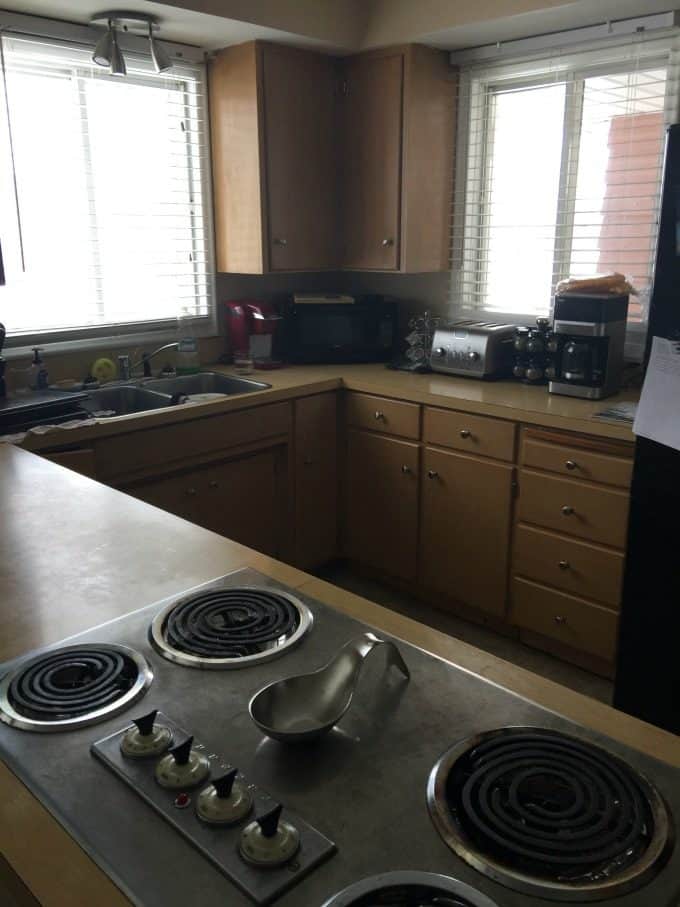 In March, we went to The Home Depot to talk about getting a new kitchen and get the ball rolling. It took a few months to get everything in place and they started work at the end of May!

Currently, it’s almost done. I’m waiting on the countertop, cooktop and sink. I’ll do another post with my new kitchen reveal so stay tuned!