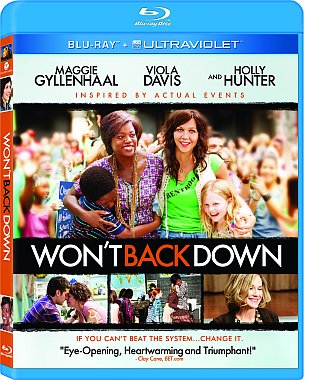 Title: Won’t Back Down [Blu-ray]

Oscar® Nominees Maggie Gyllenhaal and Viola Davis lead a stellar cast in this empowering drama inspired by actual events. Hard-working single mom Jamie Fitzpatrick (Gyllenhaal) is concerned that John Adams Elementary is letting her daughter down. Teaming with a caring teacher (Davis) who wants the best future for her own son, she sets out to improve attitudes and elevate the school’s academic standards. Despite the odds, with courage, hope and persistence, the women just might prevail in this uplifting film that also stars Rosie Perez and Academy Award® Winner Holly Hunter.

Won’t Back Down is based on a true story about a mother fighting for change in her daughter’s failing school. It was one of those movies similar to Erin Brockovitch that had me riled up and cheering on the “good guys”. I couldn’t get over just how bad Adams Elementary School in Pittsburg was. Jamie Fitzpatrick’s daughter was in second grade there with a teacher who did not care about her students and did not even make an effort to teach them. It had an F grade for the last 18 years and the teachers seemed to care more about the union and the money they were earning rather than doing their jobs. I was really floored by the whole situation. I wondered if there was schools like Adams Elementary in Canada?

After witnessing first hand the lack of caring and attention by her daughter’s teacher, Jamie decides to take matters in her own hands. She teams up with another teacher named Nona (played by Viola Davis) and together they form a plan of attack on turning the school around. First they must get the majority of the parents on board which turns out to not be an easy task with the Teacher’s Union trying to stop them every chance they get. Then they have to get at least 18 of the teachers at the school on their side. The teachers are worried about their jobs which I can understand. If they side with Jamie & Nona, they lose their union and the job security that goes with that. Then comes a 400 page proposal that must be drafted and has to be absolutely perfect because if there’s one typo, they can be immediately denied.

The red tape and bureaucracy is insane! I was frustrated watching it and seeing how difficult the system was and all this mother wanted was for her daughter to learn. That is not too much to ask! She shouldn’t have to pay thousands of dollars just so her daughter can learn to read and write.

I loved this movie and thought it was very eye-opening. I admired Jamie’s drive and energy to do everything and anything to see that her daughter has a proper education. This movie is a must-watch for parents! 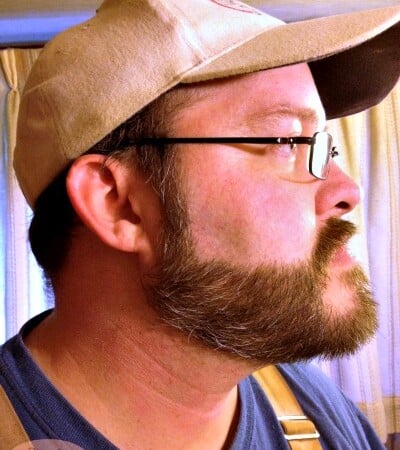 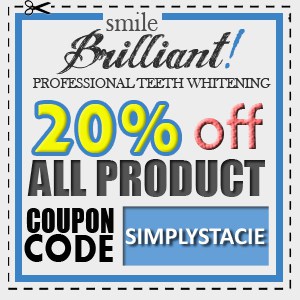 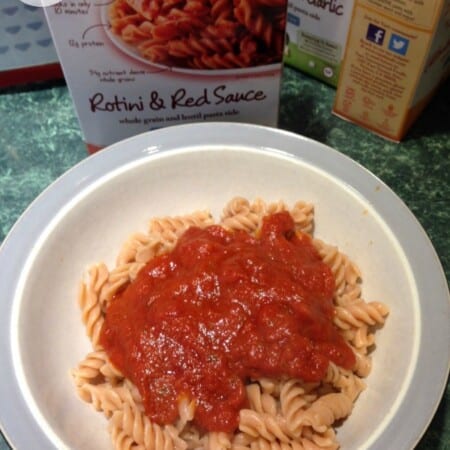