Cell phones certainly have come a long way over the years haven’t they? I remember using my parent’s “car phone” in the mid 90s and it was the gigantic thing that sat on the car console.  Fast forward to today and we have these nifty little gadgets called smartphones. I got my very first Smartphone in April of this year for my birthday (an iPhone 4S). I was amazed at how different they were from just a regular ol’ cell phone!

About a month ago, I was invited by Microsoft Canada to join the Windows Phone Holiday Swap program. Microsoft Canada challenged a group of bloggers to swap out their phones for a new Windows Phone over the next two months. Yes, this swap is taking the place during one of the busiest times of the year when we will be using our phones for everything from taking photos & videos of family/friends, checking our emails, social media accounts while out and about and more. I rely on my phone for just about everything from waking me up in the morning, listening to music, checking email & surfing the net and feeding my app obsession.

I’m very excited to be a part of this program along with the other Canadian bloggers. You can see who else is participating on the Windows Phone Canada Facebook page. 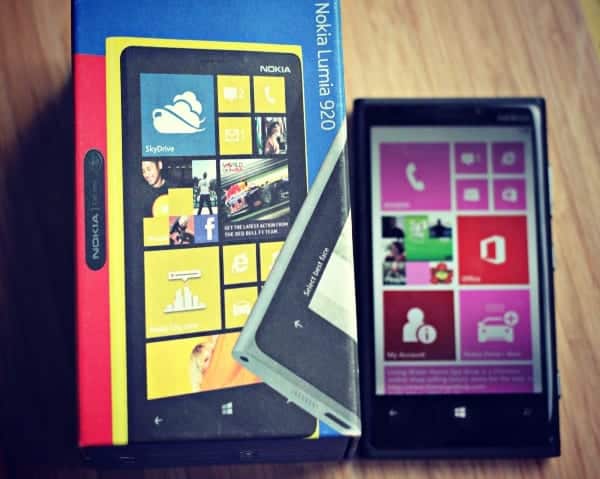 About the Nokia Lumia 920

The phone I’m using for the next two months is a Nokia Lumia 920 which is only available from Rogers Wireless! My first impression was WOW it’s so modern looking compared to my iPhone!

Here’s just a few of the features of the Nokia Lumia 920:

I’m not as techsavvy as I would like to be so I wasn’t even sure how to put the Rogers SIM card in the phone that they sent me to use for the challenge. I ended up figuring it out after asking for help and now see how simple it is. The phone comes with a key that you use to pop open the slot for the SIM card and then it’s just a matter of putting it in and turning the phone on. See you learn something new everyday!

The home screen is very different from the iPhone so there was a learning curve for me to figure out how to operate it. However, it didn’t take me long at all. The stuff I wasn’t sure how to do like screenshot or take photos, I went to the Windows Phone website and walked myself through their How-To section. It was very straightforward and I was soon taking photos and downloading new apps.

At home, I’m connected to my Wifi so I’m able to surf the net and play with all the apps. Unfortunately, Rogers has spotty service in my area so I can’t get online when I leave the house and am still in my town. However, as I drive to the next town over the Internet works better. The further east I go (closer to the Rogers tower nearest me), the better it works. 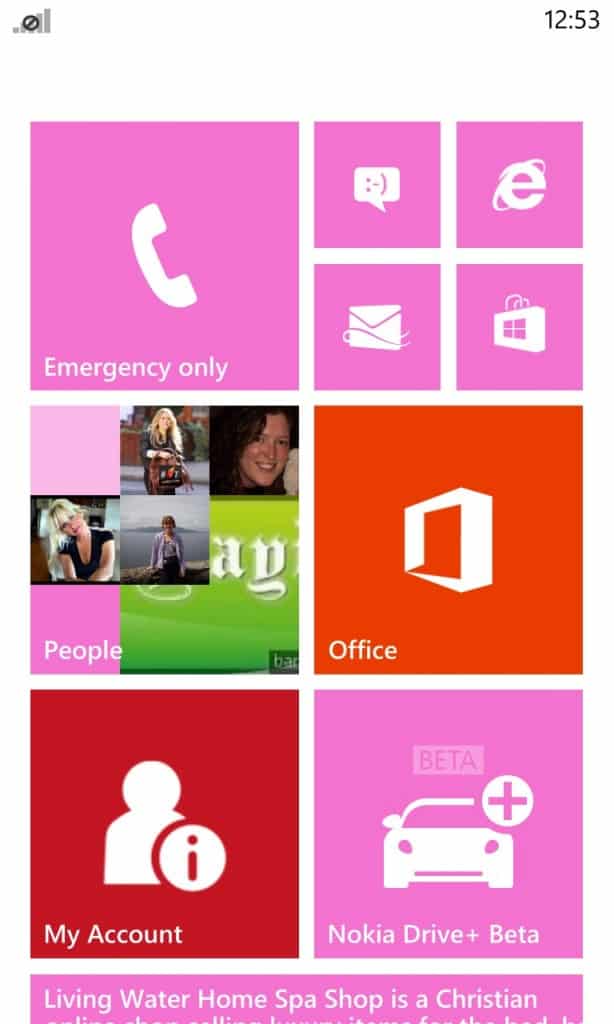 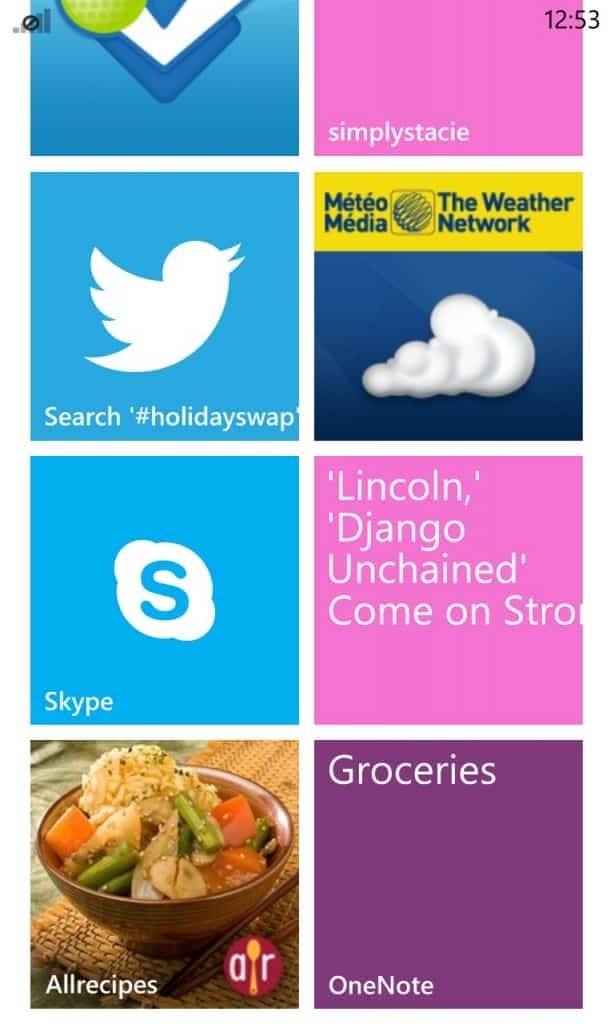 Right away, I went searching for apps! The first ones I wanted to find were the ones that I use already on my iPhone like Gas Buddy, Foursquare, Twitter, Facebook and The Weather Network. I found these apps looked much more modern on the Windows Phone. I love the detail provided on The Weather Network app! Even Foursquare looks so much cooler! I was fascinated by how different they looked and was sharing screenshots on my personal Facebook page to show my friends what it looked like. 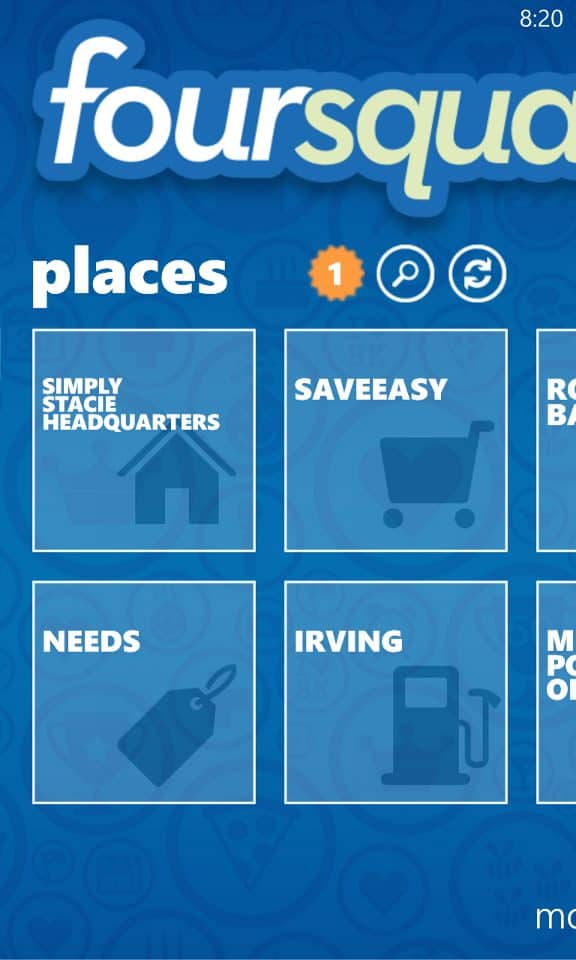 The only apps I was looking for and couldn’t find were StumbleUpon and Instagram.

However, I did discover some new apps that I’m loving so far! My favourite is the Allrecipes app. It’s a free app with thousands of recipes that are neatly laid out with images, ingredients, directions and when you find one you like, you just save it to your Favourites. The Dinner Spinner is very neat. You select the type of dish, ingredient & cooking time and spin and then a list of recipes that fit your criteria comes up. I found this low carb Spinach Quiche via Allrecipes and made it the other night. It was so good! I’m shopping for the ingredients for a Slow Cooker Chicken Tortilla Soup this weekend that I found on the handy Dinner Spinner. 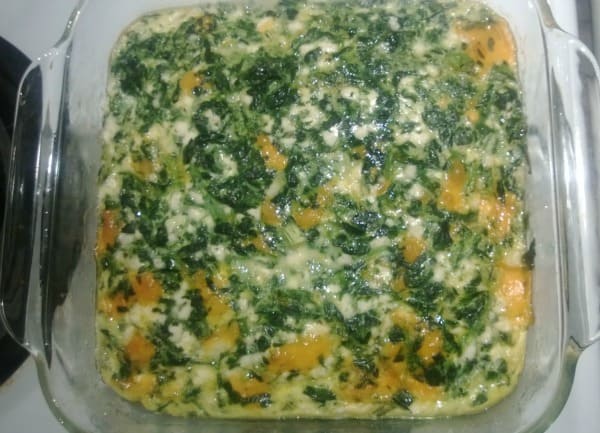 Shannon at Shasher’s Life found a photo sharing app that is similar to Instagram! It’s called Fhotoroom and if you want to add me, I’m simplystacie. I’m still playing around with it and trying to figure out how to share my photos on there directly onto Facebook & Twitter.

I’ve also added Netflix that allows me to connect to my Netflix account and watch movies and TV shows right from my phone!

My Favourite Features So Far

I would have to say that my very favourite thing about my Windows Phone is handsdown the camera! The photos come out so clear even in low light. I’ve been taking pictures of our ongoing renovations and sharing them on my Facebook profile. I can also edit my photos using the Creative Studio that lets me adjust colour balance, brightness, clarity, vibrance and cropping.

I also really like being able to pin my favourite apps right to the home screen for easy access. I even pinned the #holidayswap hashtag from the Twitter app so it shows up as a tile when I turn on my phone.

The People hub shows me all the recent updates across all my social networks so I can easily keep tabs on what my friends and family are up to.

I still have to set up listening to music through my Xbox Music Pass. I look forward to downloading my favourite 80s tunes! I also want to find some games. If you have any recommendations, please let me know.

I’ve also starting setting up Kid’s Corner for my daughter, Bridget to use my phone. This is a special area on my phone where she can have access to kid’s games and apps that is separate from my area. This way she can’t accidentally erase anything or get into anything she isn’t supposed to. So far, I’ve downloaded a Christmas Colouring Book app for her to play with.

I look forward to playing around more with my camera and capturing more photos of my kids. I’m on a mission to find more photo apps!

Watch for another post in the coming weeks and I’ll give you on update on my progress with the challenge. Follow along on Twitter with the hashtag #HolidaySwap.

Join Microsoft Canada and the #HolidaySwap challengers on December 18th at 8pm EST for a Twitter Party! Prizes include  XBox Systems with Kinect & Game, upgrades to #Windows8 & $20 XBox Subscription credits! 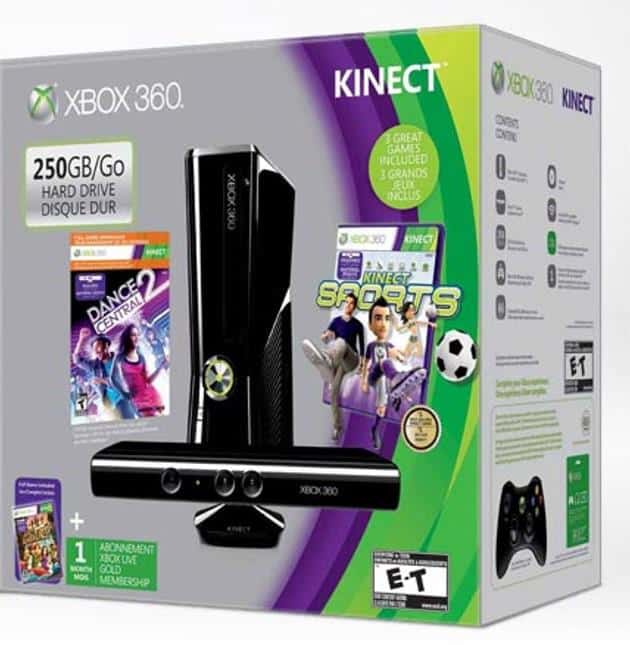 RSVP for the party to let us know you are coming! See you there! 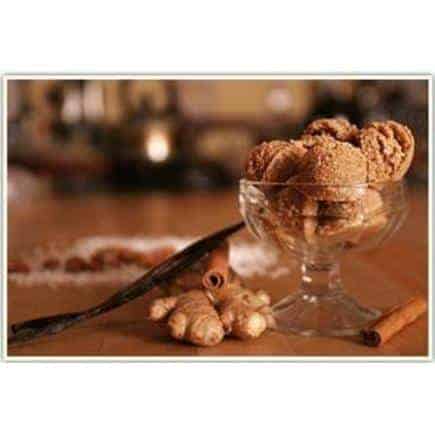 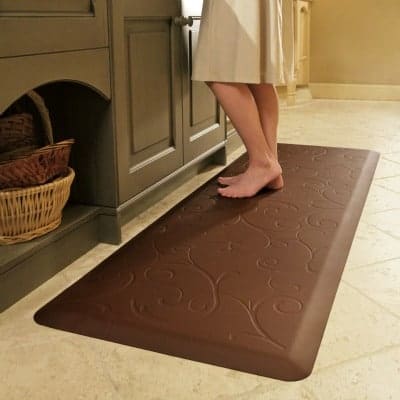