Personal Finance » How We Became Mortgage Free Before We Were 40

Becoming mortgage free has always been a dream of mine which is why I purchased my first home at the age of 21 living in the UK and later my second home at age 24. These home purchases certainly didn’t make me rich, but once I sold them I was able to bank the equity and move to Canada to be with my wife.

When I was young my parents taught me about finance and why it was important to save my  money, pay cash and only buy what I needed and not what I wanted. My first job as a paper boy conditioned me to understand responsibility and earning potential. Although we give in from time to time to our wants following in my parents financial footsteps has allowed my wife and I to become mortgage free before the age of 40. 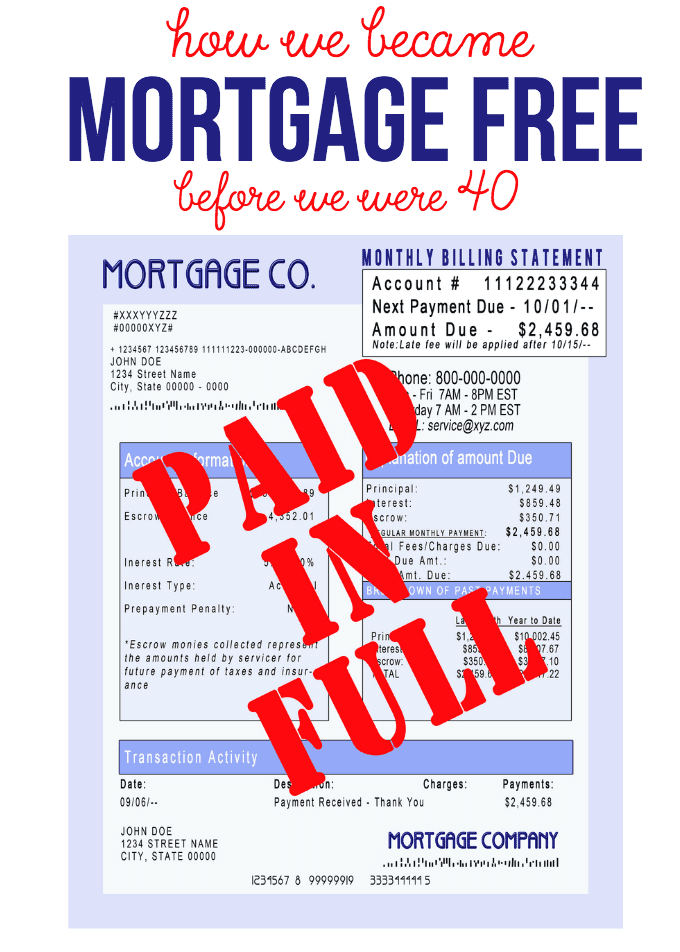 Living in the Greater Toronto Area means we were able to secure a mortgage on a house that was in a high-end neighbourhood but without the big expense. The realtor that listed our current home for sale listed the home with road parking only which is not desirable in our area.

My wife was intrigued by the house photos and was not convinced about the street parking so we went to have a look at it. Sure enough it was an error in the property listing. After one viewing we put an offer in on the house while we waited patiently outside in our vehicle hoping for good news.

After 2 negotiations we managed to buy ourselves a house with-in a day. We were now homeowners which finally meant we could pack up our belongings and move out of the room we were renting in the basement of a house for 2 years with our dog.

This was my first home in Canada and my wife’s second as she had previously owned one and sold it to rent. She didn’t make a huge profit from the sale of the house as she only owned it for a year, but there was equity in the house which she was able to bank and build her savings on.

During those 2 years that we rented a room my wife and I who is also financially savvy saved all the money we could while we both went back to school. As a permanent resident in Canada I was back in school weeks after landing in Canada because it made no sense for me to get stuck in a minimum wage job with British credentials.

After swapping over my educational documents back to school I went but I also secured a full-time job with-in my field to help bring in money. Working full-time while finishing my wife’s education meant she was able to continue earning and decent wage as she was with her company for almost 10 years.

My wife had paid off her vehicle which she bought brand new and her education loan so she had zero debt as did I. Don’t let this deter you to become mortgage free because it is possible to pay down debt and kill your mortgage too. It may not happen in 5 years but you can certainly speed up the process.

Don’t take that literally but we really did splash as much money as we could at our mortgage as the years of paying absurd amounts of interest even though we had a reasonably low interest rate of 3.99%. When we were looking to buy our first home two of the stipulations were that we didn’t want to become House Poor and we wanted to find a home that we could renovate over the years. After what we saw at open houses, the best deal was the house where nothing had been touched. Less mess to clean up from someone else who had no idea what they were doing while renovating.

Shortly after we bought our house my wife lost her job to downsizing so we were paying our house off from my income which at the time was only $15/hr. Thank goodness we didn’t buy a huge house.

There will always be the big debate on whether you should invest your money or pay down your mortgage but our reasoning for becoming mortgage free rather than investment heavy was because we knew what the interest rate was where anything could happen with stocks and mutual funds.

The best part is now that we have wiped out the mortgage we have been able to take the money we spent on the house and increased our retirement savings with plans to max out our accounts every year.

My advice: Do what works for you!

Our plan to pay off the mortgage

Once we secured the house, we found with our real estate agents help we sourced the best mortgage company and rate that we could find. We were on the hunt for a 5 year open mortgage which worked for us at the time as it was low. With a modest down-payment of $80,000 on our $265,000 home we were left with a mortgage of $185,000 which is still a high mortgage.

In 5 short years we managed to add extra lump sum payments of 20% or approximately $32,000 on our mortgage instead of fast-tracking our retirement savings. We were still investing in our future BUT we knew that once the mortgage was gone that we could relax and focus more on our golden years.

Paying our mortgage off in 5 years meant we saved ourselves from the 22 years of mortgage payments that most people have. It is possible to become mortgage free if you have debt, we did it. In our final year we saved enough money to pay off the final $68,000 which left us home free. The happiest time is owning nobody but investing in yourselves.

You can read all of the financial figures in my post “How We Became Mortgage Free in 5 Years” which will give you a better understanding of hour or financial figures worked and what we saved by paying off the mortgage.

What was our saving grace? Our budget spreadsheet. Up until I started my blog in 2012, we had never budgeted but I designed an excel budget with my wife back in 2012 and have perfected it over the years. We now offer both versions of our budget free on the blog including a printable budget and other free printable options.

Once we started to see how much money we were ACTUALLY spending every month we were in shock. Had we not used our budget we would have continued to be frugal however we were still spending far more than we had ever imagined.

It is possible to be frugal and in debt because of it. For example, it makes no sense to use coupons and look for sales if you’re just going to put the expense on a credit card and not pay it in full every month. We never bought what we couldn’t pay cash for. If that’s you, stop or you’ll be stuck in the credit card cycle forever.

I’m not a financial advisor nor have I ever claimed to be one, however, I find it satisfying to know that our money is not being used by the bank and we’re paying them to get rich from us. I would suggest speaking to an advisor if you feel you need the support to move to the next step of your debt repayment plan and future savings plans.

Over the years our house has appreciated and would net us approximately $200,000 more than what we paid for it in 2009. That’s pretty good if you ask me. We’ve also been heavily investing our RRSP’s and TFSA accounts to try and play catch up.

Do what makes you feel comfortable because being mortgage free at a young age living in the Greater Toronto Area makes me feel good. With our net worth to hit a high of 1 million dollars in the next year we can safely say that you don’t need to earn 6 figures to kick-start your path to financial freedom.

My wife is now a stay-at-home mum and I work 2 jobs which brings us well over 6 figures every year. I don’t work 2 jobs by necessity either. I’m working on my dream job which is currently in contract mode but hope to be hired on by the end of this year or early 2017. I’m busting my butt now for my family because I know it will benefit our future. Change your mindset and your pictures will become clearer.

There’s NO way I would have dreamed of owning such a lovely home back in the UK that was paid off before I was 40, married and having a son. Everything has been falling into place for us because we envisioned our dream and set out to achieve it.

What is your mortgage pay-down strategy?

Mr. CBB is the voice behind the popular Canadian personal finance blog, “Canadian Budget Binder”. Mr. CBB lives with his wife and son in the Toronto area but he is originally from the UK. He immigrated to Canada in 2007 and took himself back to school, secured a career, became debt free and started a family in 9 short years.  You can Follow Mr.CBB on Twitter, Facebook, Stumble Upon, Reddit, Flipboard and more!! 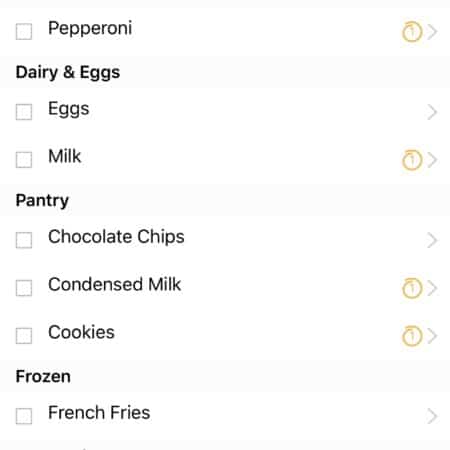 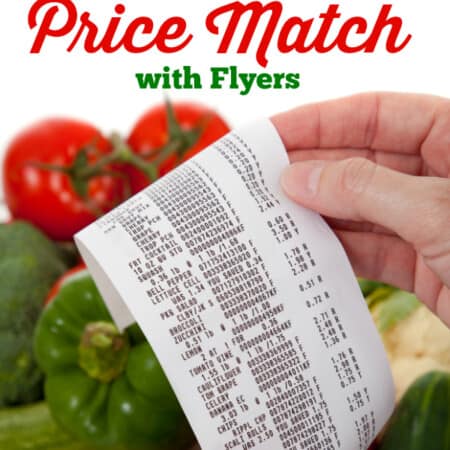 How to Price Match with Flyers 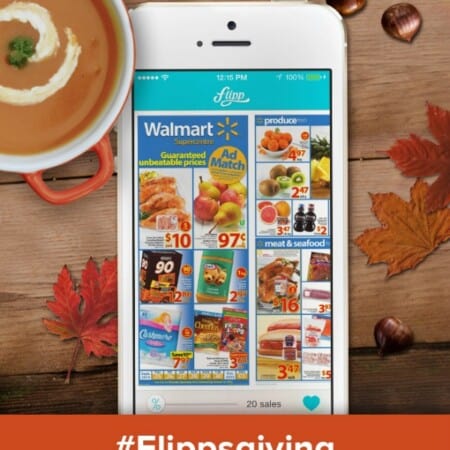 How to Save Money on Groceries with Flipp