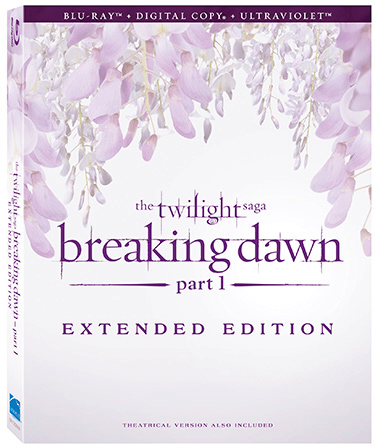 “As Twilight series devotees know, there was a lot of ground to cover in adapting Breaking Dawn to the screen,” said Condon. “Between the wedding, the honeymoon, the birth, and everything in between, naturally there were things that didn’t make it into our final cut. But I wanted to make sure that for all the Twihards out there, there was a chance to see some of these cut scenes – several of which are fan favorites from the book.”

The Twilight Saga has held its spot as the top-selling home entertainment franchise since 2008 and The Twilight Saga: Breaking Dawn – Part 1 took in $281.3 million in domestic box office sales after its release on November 18, 2011. The worldwide phenomenon continues to ignite a huge following of passionate and loyal fans that have driven the success of the Saga from the beginning.

The Twilight Saga: Breaking Dawn – Part 1 Extended Edition now featuring additional footage, presents the marriage, honeymoon and the birth of a child that brings unforeseen and shocking developments for Bella and Edward and those they love, including new complications with werewolf Jacob Black.

(This review contains spoilers so if you haven’t seen the movie you may want to wait to read it!)

I watched Breaking Dawn Part 1 when it first came out in 2012 so this was my second time watching the movie. I did notice a few scenes that I don’t remember from the first one. Breaking Dawn was the longest of the Twilight books and Part 1 focuses on the first half of the book where Bella and Edward get married, honeymoon and Bella’s subsequent pregnancy.

My favourite scene from the movie was Bella and Edward’s wedding. I loved this part in the book and I think the movie does it justice. It was a breathtaking ceremony and Bella looked stunning! Her dress was gorgeous and looked amazing on her. John and I were watching the movie together and he asked me if that’s what I wanted our wedding to be like. I said I doubt that I could pull off that dress since I don’t have Bella’s very slim figure. 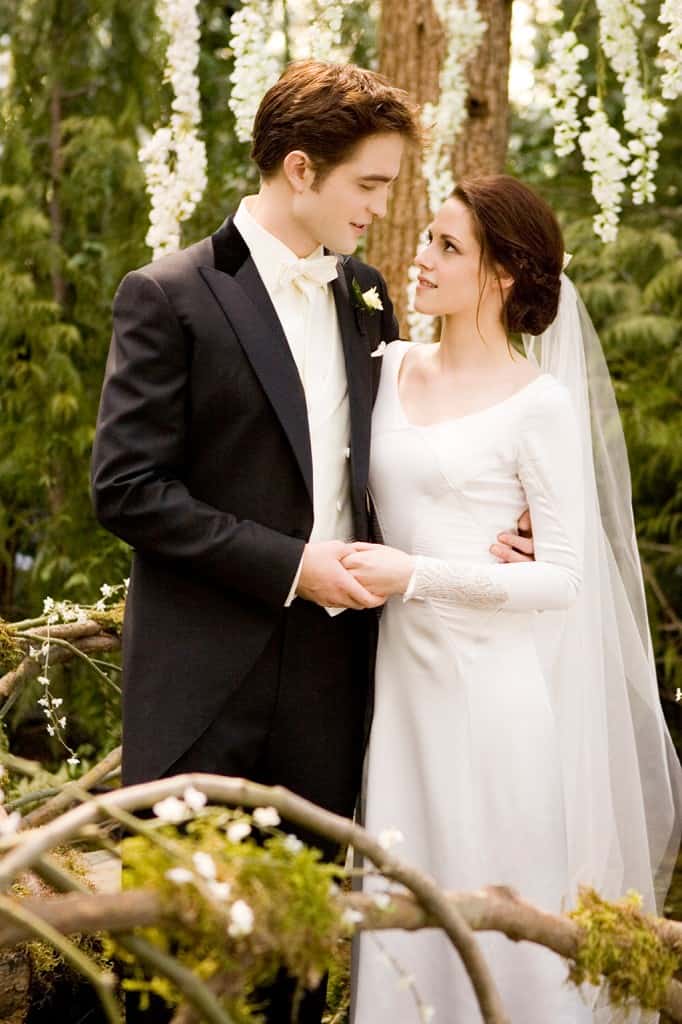 I had to laugh at the part when Bella opens her suitcase when she first gets to the island on her honeymoon only to discover that Alice had packed her only sexy lingerie! The sex scenes were not graphic and leave a lot to the viewer’s imagination. However, we do see the aftermath of a destroyed bed and a few bruises on Bella’s shoulders and back.

When Bella and Edward returned back home to the Cullen’s, Bella looks awful. She looks so sick and gaunt.  You could really see how the pregnancy was killing her. Edward was tormented inside that he had caused this to happen to Bella while Rosalie was overly protective of Bella and the unborn baby. It was interesting to see that dynamic emerge since Rosalie had previously not cared for Bella. 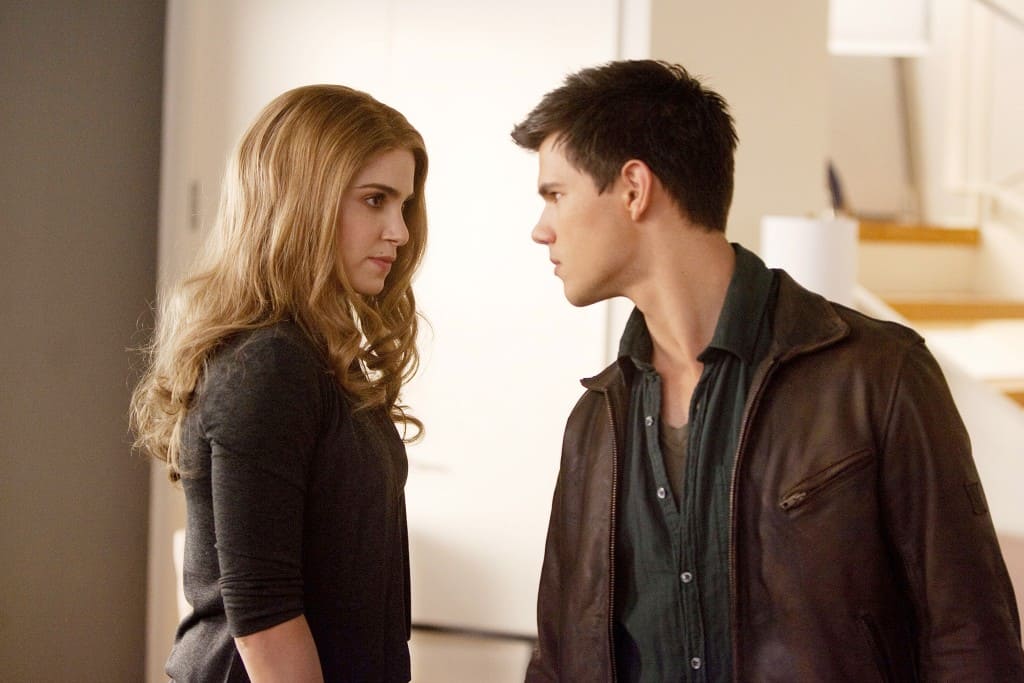 I did feel bad for Bella’s dad, Charlie, who missed Bella and was kept in the dark about everything. He thought Bella was still on the honeymoon but sick with some kind of exotic virus. I understood why they felt the need to keep everything a secret from though. It was out of love and for his own protection.

Jacob stands by Bella throughout the pregnancy and is there with her right to the end when Bella goes into labour. It’s an intense scene and one that is hard to watch because there’s so much emotion. I felt for Edward and almost started crying watching him freak out when he thought Bella was gone forever.

Both my daughters watched the movie with me. Olivia has also read the books and is a fan like me. Bridget likes to watch movies over and over and this was one we had on a few times this past week! 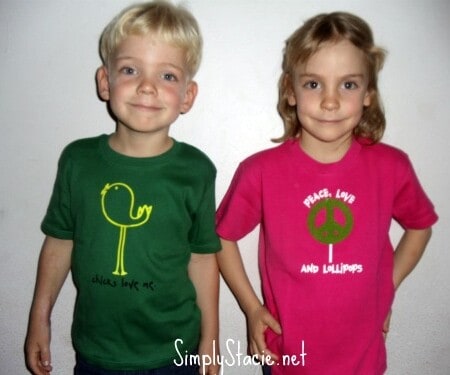 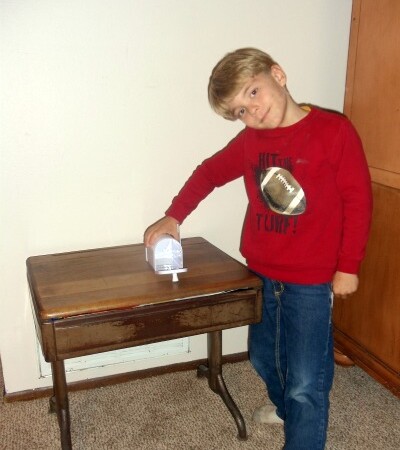