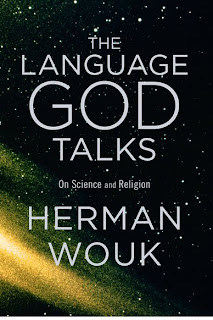 Title: The Language God Talks: On Science and Religion

Format: HARDCOVER BOOK
Publish Date: 4/5/2010
Price: $23.99/$28.99
ISBN: 9780316078450
Pages: 192
About the Book:
“More years ago than I care to reckon up, I met Richard Feynman.” So begins THE LANGUAGE GOD TALKS, Herman Wouk’s gem on navigating the divide between science and religion. In one rich, compact volume, Wouk draws on stories from his life as well as on key events from the 20th century to address the eternal questions of why we are here, what purpose faith serves, and how scientific fact fits into the picture. He relates wonderful conversations he’s had with scientists such as Feynman, Murray Gell-Mann, Freeman Dyson, and Steven Weinberg, and brings to life such pivotal moments as the 1969 moon landing and the Challenger disaster.
My Review:

In this book, Mr. Wouk, who is 94 years old, wants to bring together the sometimes opposing views of science and religion. {I personally think the two cannot be completely separated, but I digress…} He uses his own life experiences, his times spent with what are referred to as “masters of science and religion,” and some major events in history and science to convey his message.

When I read the preview for this book, I was thinking it would lean more to religion than to science, but it was quite the other way around. I think I would have appreciated it more if I personally knew more about the sciences and religion in a more “philosophical/intellectual” way.

In the early pages of the book, Mr. Wouk tells of an encounter with Richard Feynman {a famed American scientist} and I want to share a quote that Mr. Feynman said to Mr. Wouk…

“You know, while you’re talking you’re not learning anything.”

So true… and on that note I will stop “talking” with my keyboard and get to my next book. 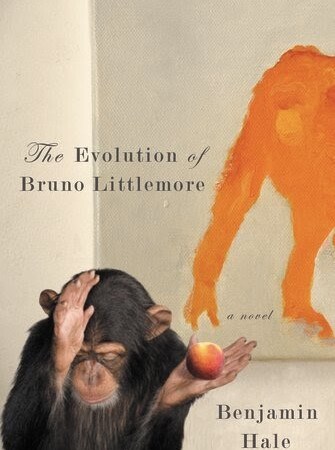 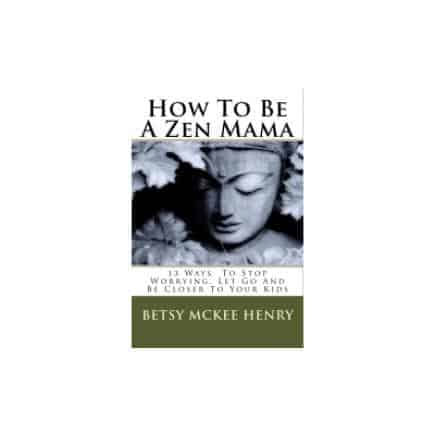 Book Review | How To Be A Zen Mama