6 Myths About Trying to Conceive

When I was struggling to conceive my second child, I received a ton of “advice” from well-meaning friends and relatives. I tried a few of their suggestions. Some of it seemed pretty crazy to me and not at all based on scientific evidence. You have probably heard the same things and wondered how in the world can that be possible. Back then, I was desperate and willing to try just about anything. Struggling with infertility is stressful on all levels and I wouldn’t wish it on anyone.

In case you are new to my blog, let me give you a bit of background on my history. I have two daughters, ages 17 and 11. I had my first daughter when I was 20 and had no issues conceiving. I wasn’t even trying back then. When we were ready to have another child, I figured it would happen right away. I didn’t expect to have to endure countless doctors visits to find out why I couldn’t conceive or the emotional toll that it took on me. It was tough.

After over a year of trying, I became pregnant. It felt like a miracle because I had given into thinking that we would only have one child. Bridget was born 9 months later and our family was complete.

I was dealing with something called “secondary infertility”. It’s defined as the inability to get pregnant after having at least one successful birth. According to the World Health Organization, one in six couples globally struggles with infertility. That number is staggering to me! I felt so alone at the time, but in reality, many couples were going through the exact same thing. 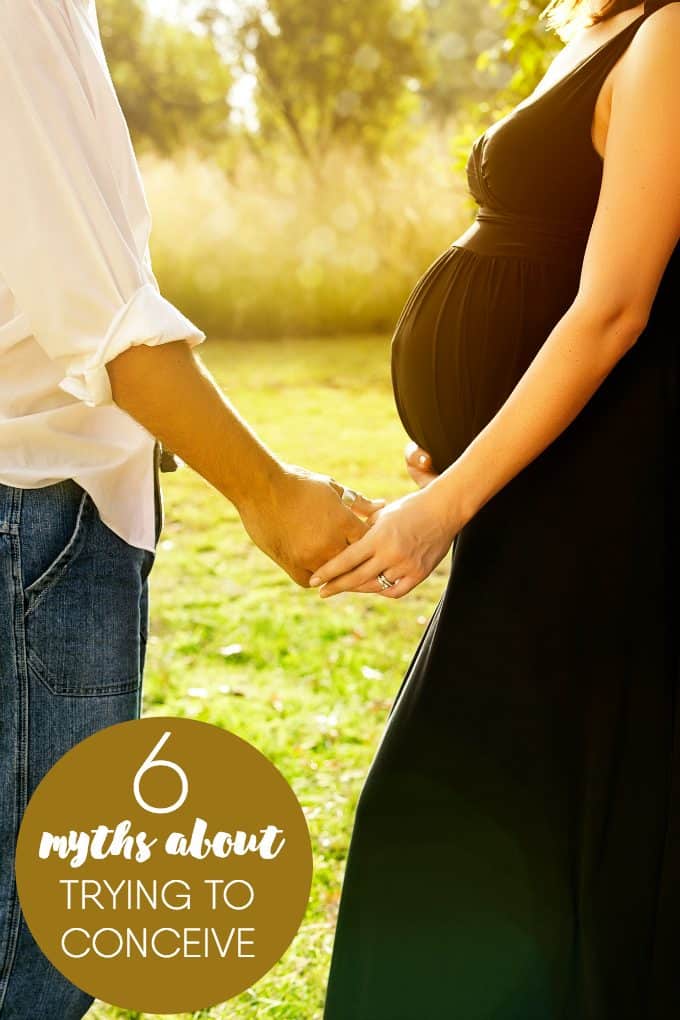 Myths About Trying to Conceive

Today, I’m sharing some of the myths around trying to conceive and also what’s new in fertility treatments for women in Canada.

Myth: Adopt a pet and you’ll get pregnant.

Fact: This was real advice I received from my cousin who swears that it worked for her when she was trying to conceive. Unfortunately, there is no scientific evidence to back up her theory. I personally think it was a coincidence that it worked for her, but I’m not about to argue with her!

Myth: You’ll increase your chances of conceiving if you lift your legs in the air for 15 minutes after intercourse.

Fact: Again, there is no evidence that this is true so save your leg muscles. Dr. Goldfarb, a fertility doctor at the Cleveland Clinic, states that your pelvis does not move when your legs are in the air so you aren’t accomplishing anything. Instead, he suggests waiting 10 to 15 minutes before using the washroom afterwards to give the sperm a chance to travel.

Myth: You should try every single day to increase your chances of getting pregnant.

Fact: Not necessary. The key is to try when you are ovulating. Dr. Winer, an obstetrician at Cedars Sinai Medical Center in Los Angeles, suggests to try a full five days before you expect to ovulate. Her reasoning is that if you are off a day or two in your calculations, you’ll still be covered.

Myth: Each month, there are only two days you can conceive.

Fact: In reality, it’s a bit longer. Your Fertility states that the fertile window lasts for six days. You are most fertile the day you ovulate and the day after. Note that sperm can survive up to five days so you can still conceive in the days leading up to ovulation.

Fact: Unfortunately, this isn’t the case unless you consider an average success rate of 30% to be high. A woman’s age is a big factor here. Thankfully, new advances in science are helping improve these odds.  For example, OvaScience, a global fertility company, is focused on improving IVF success rates through their novel treatment options.

Myth: Women are born with a set number of eggs that will die over time.

Fact: I always thought this to be true too. What I didn’t know about is the scientific breakthroughs that have been taking place that are changing this long-held belief. Though compromised egg health happens naturally as we get older, there is a new treatment that helps women improve their fertility. It’s called the AUGMENT treatment by OvaScience.

This video explains the science around how it works. It helped me to understand it better.

The AUGMENT treatment is designed to work with IVF to improve your chances of conceiving. It uses egg precursor (EggPC) cells found in the ovarian lining. These EggPC cells have the potential to become healthy, young, fertilizable eggs.

These treatments have the potential to improve egg health by adding mitochondria into the woman’s egg to give it the energy it may be lacking for embryo development. With IVF, having a healthy egg increases the chances it will be successful.

The AUGMENT treatment is currently available in select IVF clinics around the world. Talk to your doctor or IVF provider to find out if AUGMENT is right for you. I also encourage you to read over the information found on their website. You’ll find a ton of info about how it works and what to expect. You can also connect with an Egg Health Specialist, of which several are locating in the Greater Toronto Area, to learn about your options.

Learn more about the innovative procedures, such as AUGMENT, and increasing your chances of success in trying to conceive.

What fertility myths have you heard before?

Disclosure: I was compensated for this post. All opinions expressed are 100% my own