You can do anything if you put your mind to it. I’m a firm believer in the power of positive thinking and am always up for a challenge. It builds confidence and character. Hyundai Motors recently launched a global campaign, “The Car Triathlon Powered by Pure Energy” that demonstrates this mantra perfectly. It’s truly inspiring. If you really want something and are willing to put in the effort, you can achieve your goals. 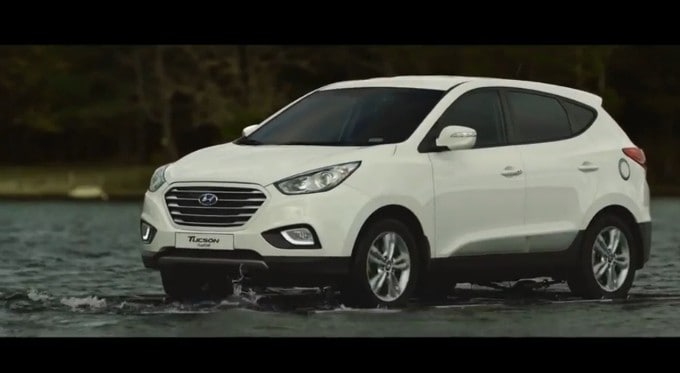 In this campaign, we meet Team Hoyt, a father/son duo who are testing limits by completing a triathlon together. One thing this team has never done is raced side-by-side. In this video, they are racing three Hyundai Motors eco cars, Tucson Fuel Cell, Sonata Hybrid and Sonata Plug-in Hybrid, as a team effort. They show that these cars can meet the demand of the eco-friendly era of today and that challenges can be met even when pushed to the limit.

Pretty amazing, right? It was touching to see the love between this father and son and learn about these amazing eco-friendly vehicles. I had no idea.

Each Hyundai eco car completed the three courses in the triathlon, swimming, cycling and marathon. The Tucson FCEV did the swimming course on Burbank Lake with Dick and Rick Hoyt along for the ride. It was cool to see a vehicle running on water.

Then there’s the Sonata Hybrid with a water tank that outweighs the car itself, going uphill on the cycling course like it was nothing. Its performance was top-notch.

On the last phase of the race, the Sonata Plugin Hybrid got to show off racing the marathon portion. It was able to easily complete its mission with the help of its large battery capacity and the ability to charge up using a power source from the exterior. Thanks to EV mode, it completed the 44km course with no gasoline engine.

I have two words to say to both Hyundai and the Hoyts: well done!