Halloween is my second favourite holiday of the year behind Christmas. It’s fun to get into the Halloween spirit with costumes, decor and food. The creepier the better! Today, I have 25 wicked Halloween cupcake recipes to share to delight your taste buds and impress your family and friends. You’ll love how creative these recipes are! Even if you aren’t having a Halloween bash, you can still whip up a batch to set the scene for a spooky night. 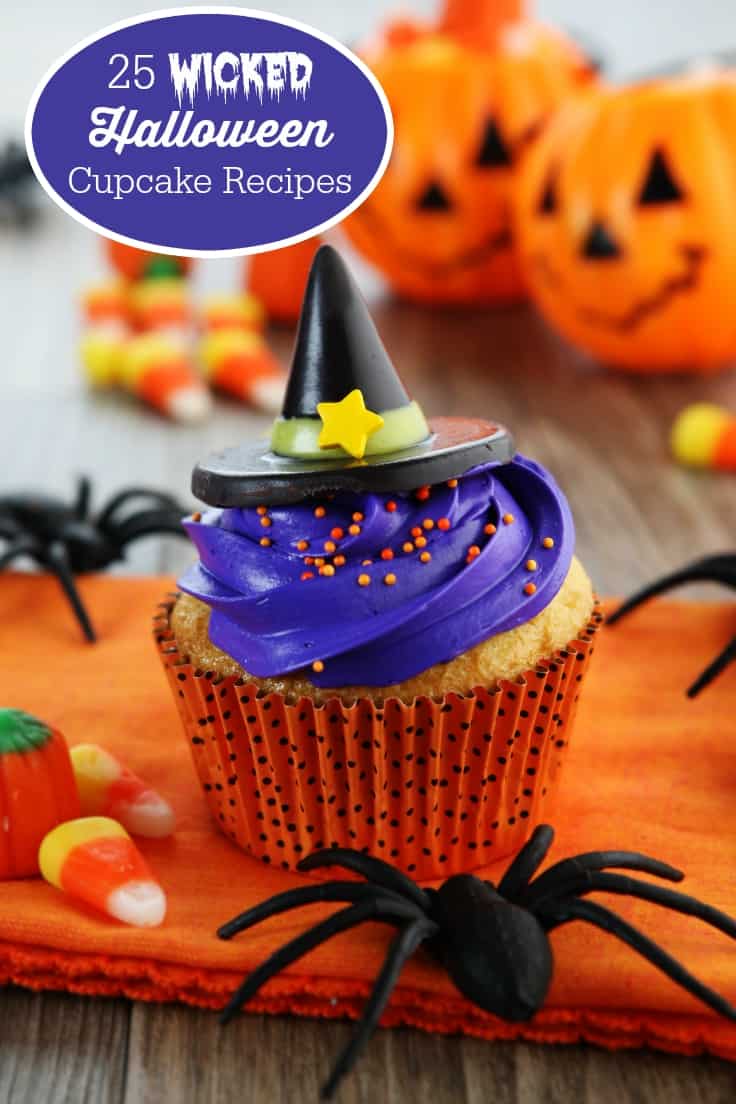 Get inspired with these Halloween cupcake supplies!

Which Halloween cupcake recipe do you dare to try first?