Disneynature Monkey Kingdom is in stores on September 15th! 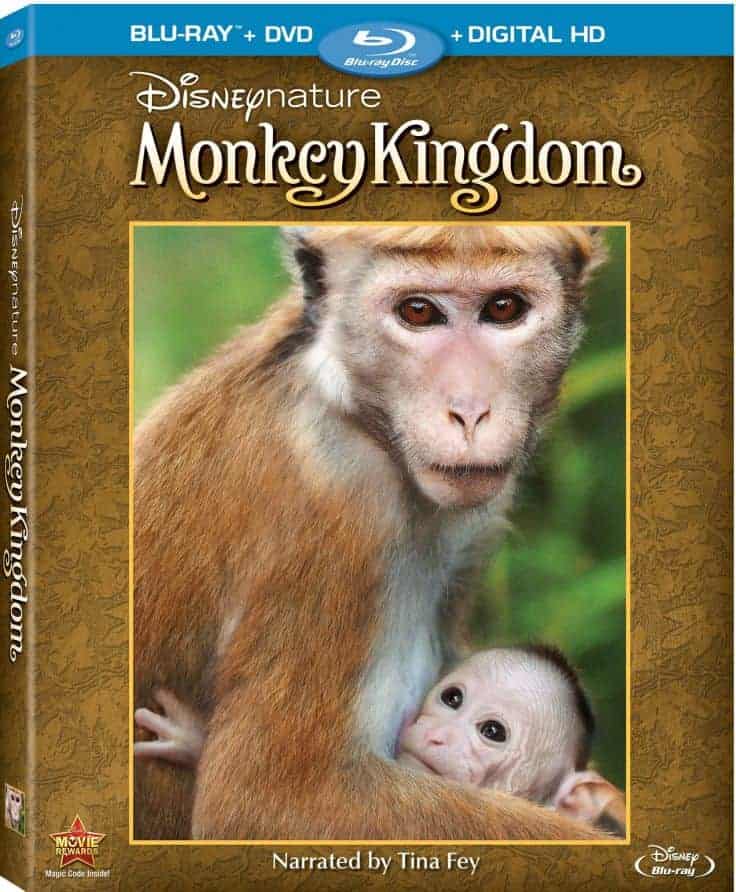 From Disneynature, the studio that brought you Chimpanzee and Bears, comes MONKEY KINGDOM, a spectacular tale set among ancient ruins in the storied jungles of South Asia. Maya, a clever and resourceful monkey, finds her world forever changed when she welcomes her son Kip into her colorful extended family. As Maya strives to keep Kip safe through unexpected and sometimes perilous adventures, amazing footage captures all the magic and surprises of their magnificent world. Maya and her family will make you laugh and warm your heart as she realizes her dreams for her son’s future.

For every Digital and Blu-ray Combo Pack sold during first-week sales, Disneynature will make a donation to Conservation International in your honor to help protect endangered species in their natural habitat, supporting conservation project across Indonesia, Cambodia, and Sri Lanka.

Fans of Disneynature will love their newest release, Monkey Kingdom. Bridget and I watched it the other day and loved it. It follows a family of Macaques living in an ancient ruined city in Sri Lanka. The surroundings are almost as interesting as the monkeys themselves!

These monkeys are Toque Macaques because of their funky hair. Bridget asked why the monkey was wearing a wig and I told her that was her hair. Maya, the heroine of the film, has an adorable blonde bob that looks a little like a bowl haircut.

Tina Fey narrates and does a great job adding a little humour to the film. The monkeys can be quite comical! It was truly fascinating to watch them interact and see how they live up close and personal.

I loved learning about their complex social hierarchy. It reminded me of the Indian caste system we learned about in school where you have the caste at the very top who get the best things life has to offer. Maya would be classified as an untouchable at the very bottom. It’s all she’s ever known because she was born into that position. In the monkey kingdom, your fate is sealed before you even leave the womb.

When you watch Disneynature Monkey Kingdom, expect some touching moments, a few thrills and a whole lot of heart. It’s one that I’m sure we’ll be watching again.

Disclosure: I received product to facilitate this post. All opinions are my own.