When I was a little girl, I used to imagine what life would be like in the future. In my 8 year old mind, I pictured us flying around in hovercrafts and having robots prepare our food and clean our homes. Maybe I watched too much of The Jetsons? I also thought it would be so neat to call someone on the phone and be able to see them in real time. Back then, I had no idea that technological advances would make that a reality. I laugh now because what seemed so foreign to me then, is now something pretty common thanks to the Internet.

You don’t even need a home phone anymore to keep in touch with your loved ones. I have friends and family across Canada and the USA and I mainly keep in touch using my computer! It’s a rare occasion that I’ll jump on the phone and call someone. It’s so much easier to send a quick message via social media or hop on a Skype call.

When were living in Nova Scotia and my parents were in Ontario, I used Skype all the time to chat face-to-face. It helps to bridge the distance and even though you are so far away, it doesn’t seem that way. Your loved ones are right there in front of you, just a touchscreen away. 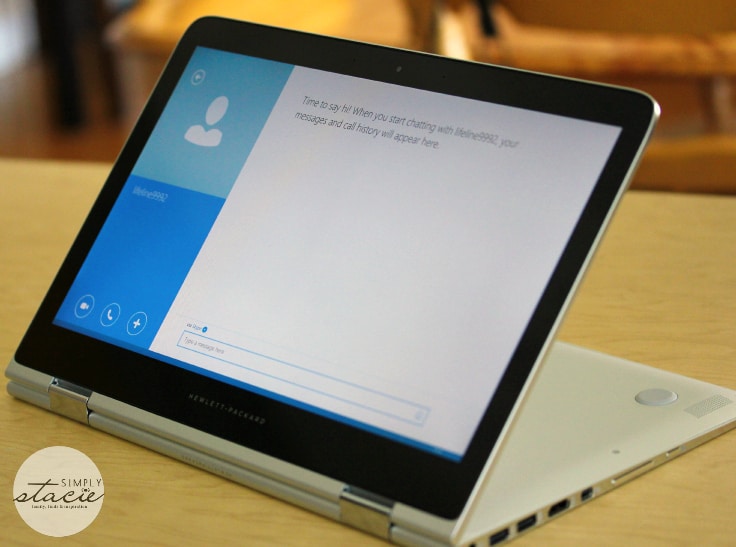 I’m living back in my hometown in Ontario now so I see my family in person quite often. However, I still use Skype to chat with friends and John uses it to talk to his mom, who lives in New Brunswick. 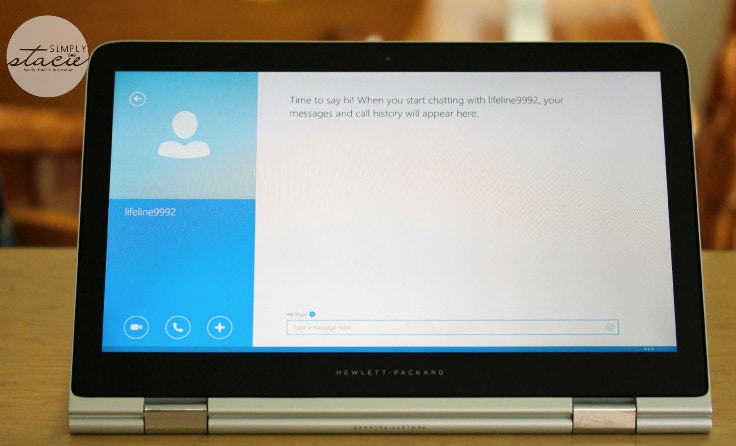 I’ve teamed up with HP Canada to share how easy it is to connect with your loved ones on Mother’s Day (and other holidays too, of course) with the HP Spectre x360. It’s pictured here in Stand Mode which is great for watching movies and participating in video chats like the ones I do on Skype! 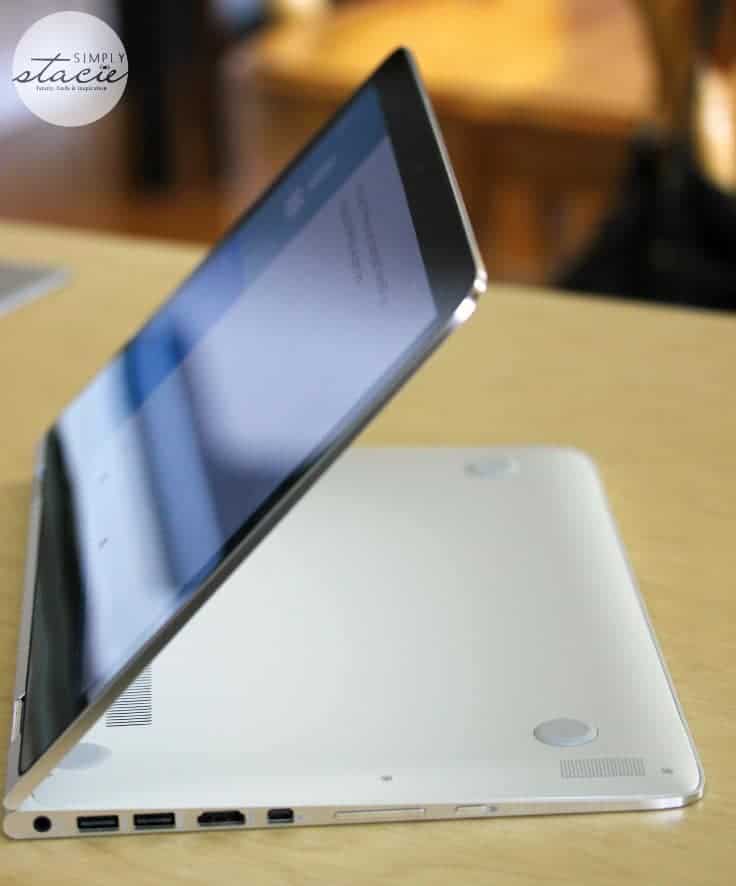 I was recently chatting with a good friend of mine via Skype on my HP Spectre x360. I asked if she wouldn’t mind if I shared some images from our chat with you. She’s a blogger herself so was cool with it. 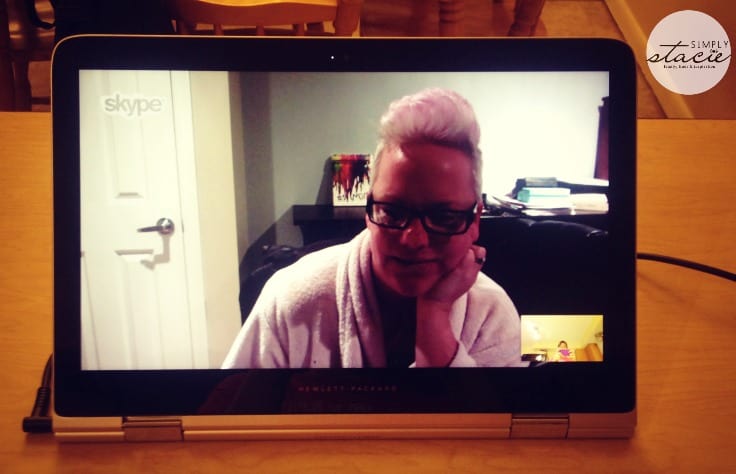 Skype was already on my HP Spectre x360 when I received it and was ready for me to use. The first thing I noticed was how crisp and clear the image and sound was. The HP Spectre x360 has a HP TrueVision Full HD WVA webcam that really brings conversations to life.

It was later on at night when we chatted. I noticed that even though it was low light, the image was still sharp and well lit.

We chatted about our families, pets and upcoming plans for Mother’s Day. It’s 100x more fun to connect with someone when you can physically see and hear them. My 8 year old self would have never thought this was possible, but here it is. 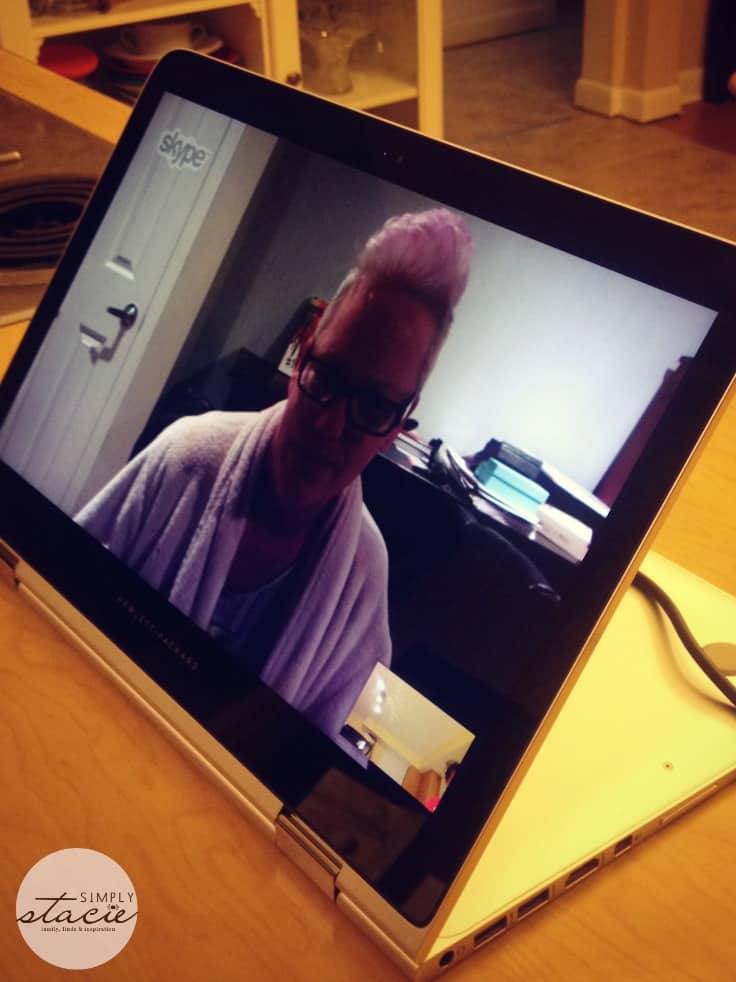 My new kitten, Reggie, heard our conversation and came to investigate. He’s a nosey little guy and wanted in on the fun too. He could not figure it out! 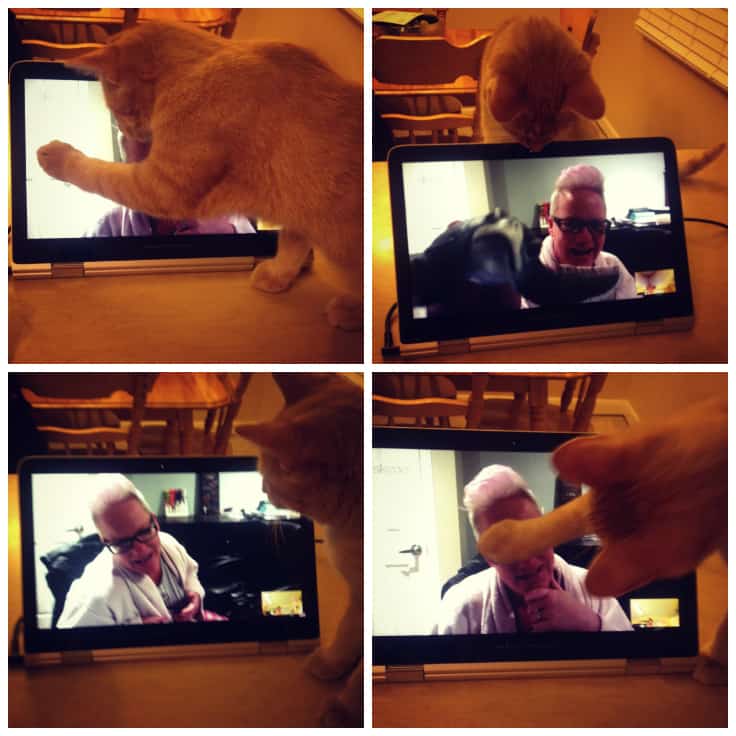 We’ll be skyping John’s mom in New Brunswick on Sunday to wish her a Happy Mother’s Day. I know John misses his family and its hard on him to be away from them for so long. I think with the help of the HP Spectre x360, he’ll be very happy to talk to them in real time. Since going there this weekend isn’t in the cards, this is the most meaningful way to make a connection.

If you are looking for a new laptop that will help simplify your life, make sure you check out the HP Spectre x360. It’s sleek, ultra-slim and has a multitude of uses. The 360° hinge makes it easy to transition between the four modes (Tent mode, Laptop mode, Tablet mode and Stand mode). It does so much more than just allows you to surf the Internet as you can see! Staying connected with family has never been easier.

Disclosure: HP products mentioned in this post were supplied by HP Canada. All opinions expressed are my own.