Bridget has been asking if we could get a kitten for several months. I wasn’t sure if I wanted another cat since we already have two. I worried how another cat would fit in with Princess and Misty. After talking with some of my cat-owning friends, I decided we’d go take a peek at our local SPCA.

When we arrived, Bridget immediately zoomed in on the kittens. I held an adorable 7 month old kitten named Willow who relaxed in my arms for a good half hour. She was quiet and sweet. Bridget asked if Reggie, an 8 month old male orange tabby, could come out and play. Reggie was the opposite of Willow. He did not like to be held. Instead, he ran around the room playing with toys and investigating the rabbits in their pen on the floor. This little guy was fearless!

Bridget was set on getting Reggie and had no interest in Willow. Another couple was in there looking at Reggie, but since we got there first, they told us that we had first dibs on him. They asked us if we wanted him and I knew that he was the one that Bridget wanted so I said we’d take him. 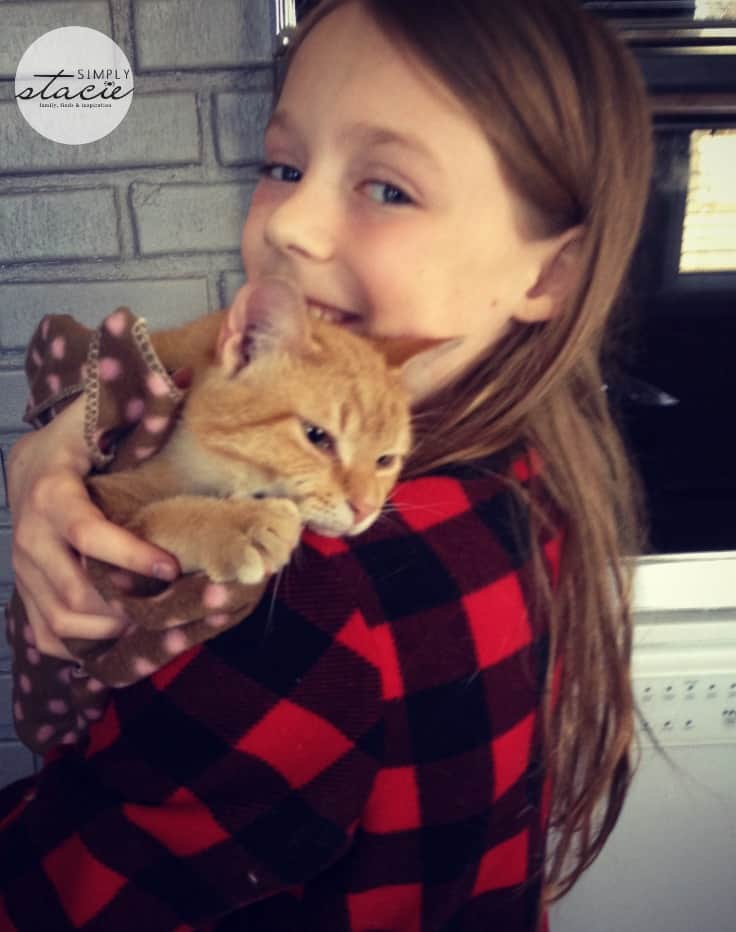 Reggie had to go in for his neutering appointment that coming week and they told us we could pick him afterwards. I’ll admit I was nervous! I didn’t know how Princess and Misty would react to him. 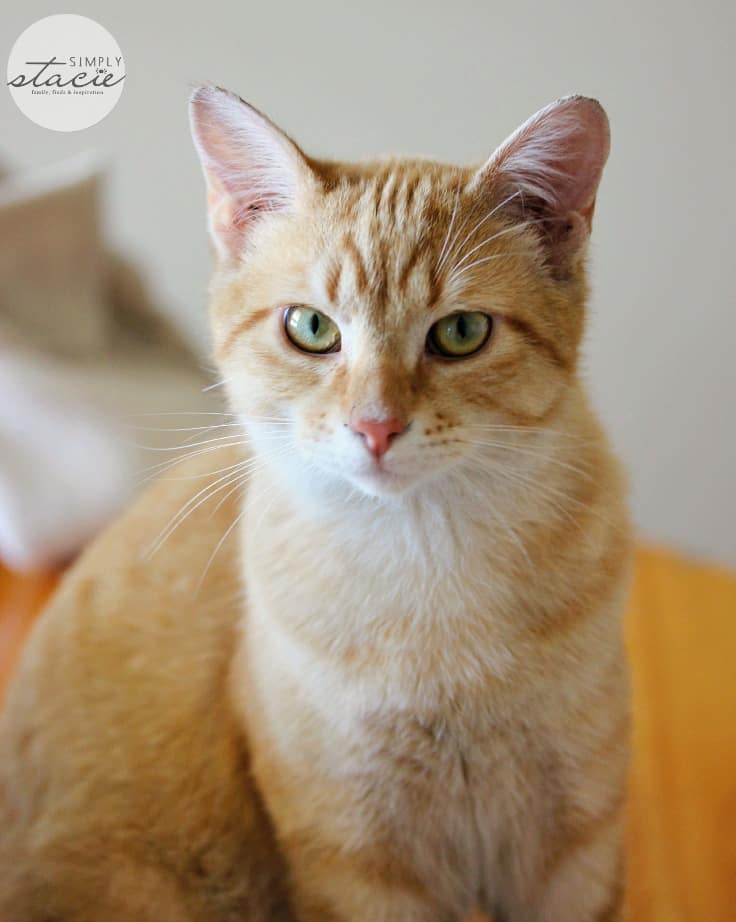 The first meeting between Reggie and his new sisters was a bit tense! There was a few hisses and snarls from Princess and Misty. Little Reggie was his curious self and wanted to meet his sisters. They weren’t interested in meeting him at all. Misty went and hid somewhere and Princess ran under the stairs. Watch this short little video from the first night we brought Reggie home. As you can see, Princess wasn’t as enthusiastic as Reggie! 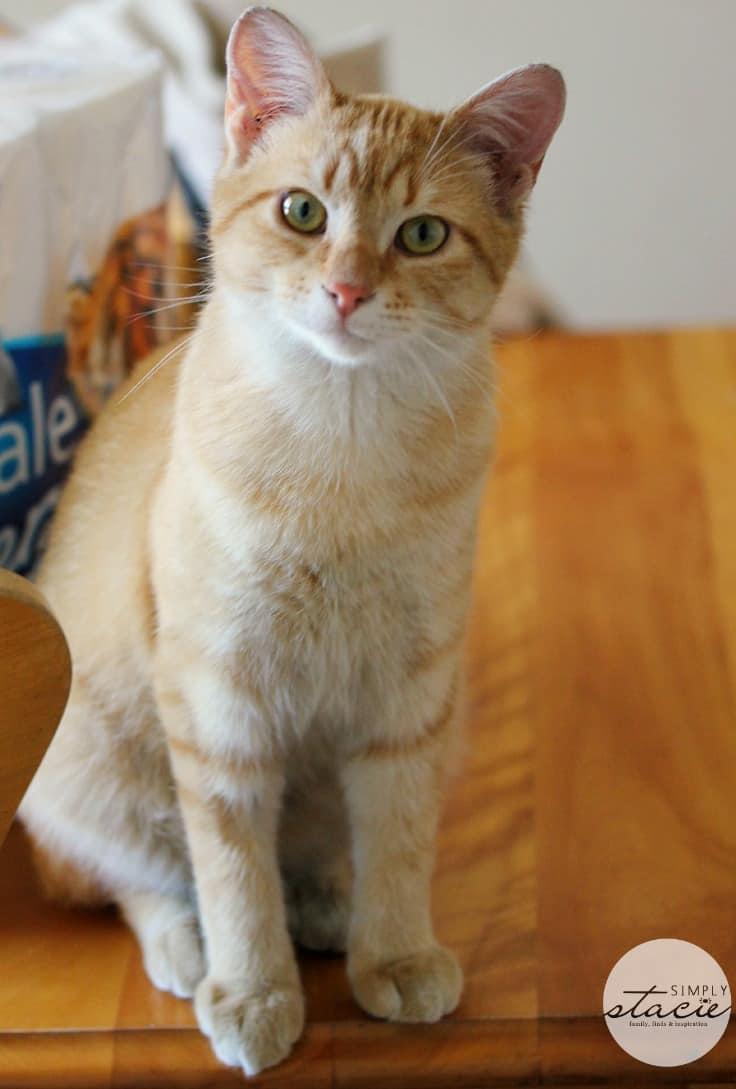 It’s been about 3 weeks since Reggie has been in his forever home and things are improving! Princess and Misty are coming around. Princess and Reggie can sleep in the same room now, but Misty still goes off and does her own thing. However, the other day, Misty came around and wasn’t scared of Reggie and even licked him. If she feels threatened by him, she will still hiss.

Reggie has gotten bolder with Princess and Misty. He will walk up to them and swat them and want to play. It’s led to a few cat fights! I guess it’s good Reggie isn’t afraid of them. I think these things just take time and hopefully one day, I’ll see them cuddled up together on the couch. 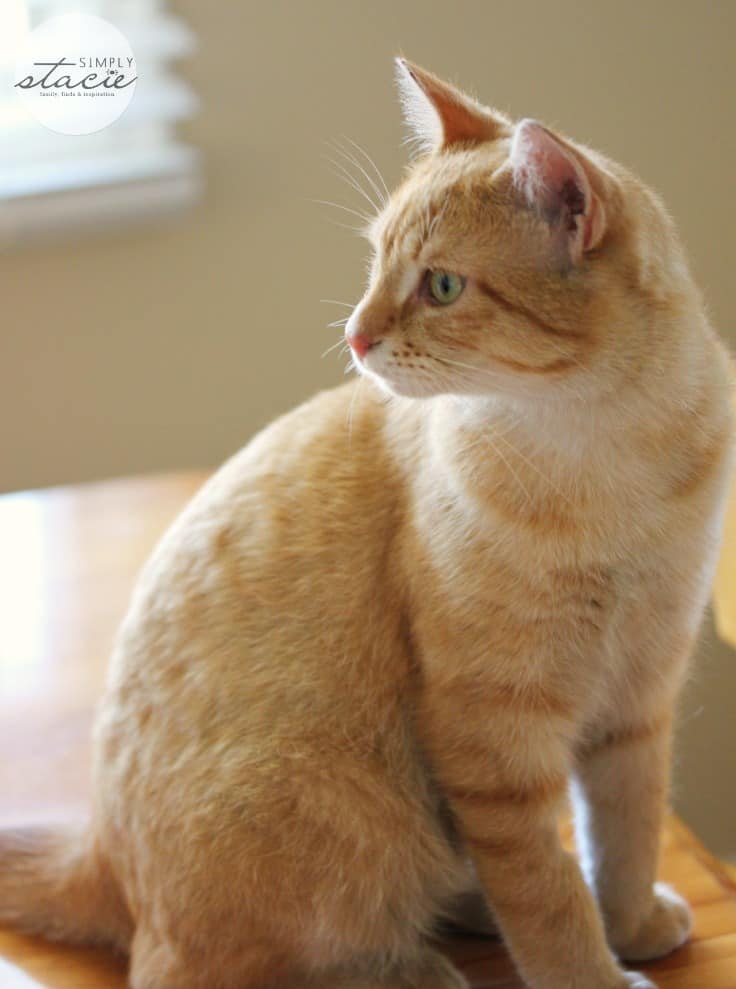 Reggie has been eating Petcurean NOW FRESH™Grain Free Kitten Food. I plan to keep him on kitten food for the first year and then will transition him over to adult food. I bought a bag before we brought him home so we’d have everything ready for his arrival. He seems to be enjoying the food and is growing. 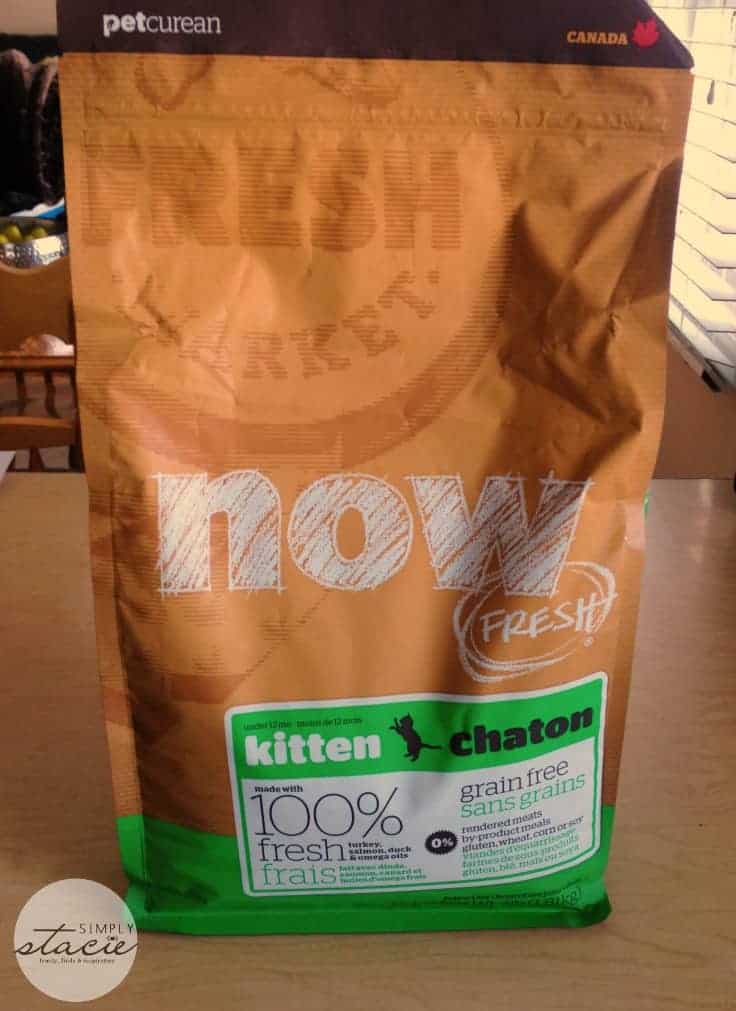 This recipe is made with 100% fresh turkey, salmon, duck and 100% fresh Omega 3 & 6 oils. He’s doing great – healthy, happy and full of energy! I’d forgotten what it was like having a kitten in the home.

Do you have any tips to share about kittens?