Are you a gamer or a fan of SpongeBob? If so, you won’t want to miss tomorrow night’s Twitter Party where we’ll be chatting about the SpongeBob HeroPants game available on Nintendo 3DS, Xbox 360 and PlayStationVita! 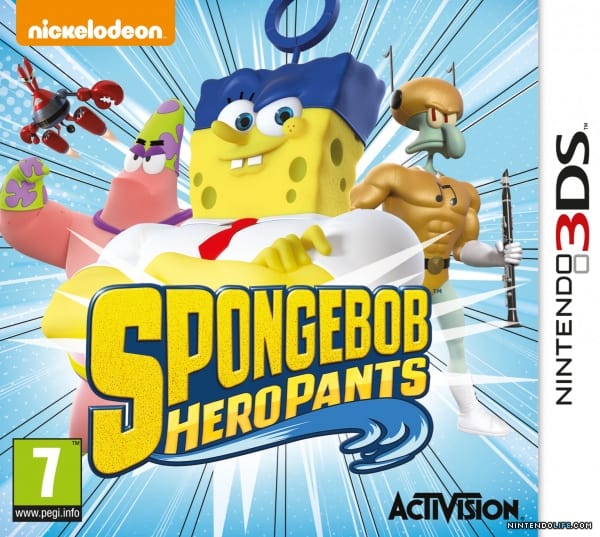 All is not well in Bikini Bottom following the events of Paramount Pictures’ The SpongeBob™ Movie: Sponge Out of Water, the new animated/live-action feature film hitting UK cinema screens on 27th March. SpongeBob’s dreams are coming to life and altering space and time beneath the waves. SpongeBob must join forces with his friends to unlock their hidden abilities and put back the pieces of his shattered cartoon psyche. Along the way they’ll visit alternate forms of Bikini Bottom as it is warped by SpongeBob’s mind into prehistoric, war zone and candy-coated versions of the tow.

NO PURCHASE NECESSARY TO ENTER OR WIN. OPEN TO U.S. RESIDENTS 18+