I’m a cat owner now, but when I was a kid, we always had a dog. My mom was allergic to cats so getting a cat was out of the question. I was five years old when we got our first dog. My parents knew of a military family that was being posted to Germany and were unable to bring their black lab, Czar, with them. We brought Czar home with us and he became a part of our family. 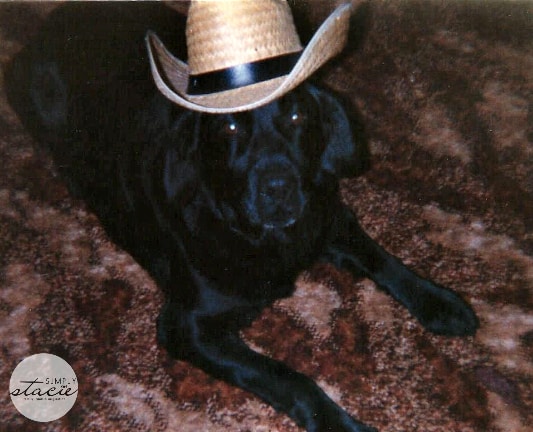 I thought it was pretty cool that Czar and I were the same age. He was five years old when we got him and his first family did an amazing job training him. Czar seriously was the most well-behaved dog ever. He only barked if there was someone at the door and listened the first time you told him to do something. When Czar had to do his business outside, he would go into the bush behind the house so we would never ever have to clean up dog mess in the yard.

Czar wasn’t a licker either. Some dogs go crazy licking you to show their affection. Czar was trained not to lick. I can count on one hand how many times he licked me. You know that you were special to him if he offered you a kiss.

Another unique trait that Czar had was his smile. Yes, you read that right. This dog smiled at people. If the doorbell rang and Czar recognized the person, he would grin and show all his teeth. It looked a little scary if you didn’t know why this huge black dog was baring all his teeth, but people got to know that was how Czar said hello. He would go nuts when Grandma June showed up! 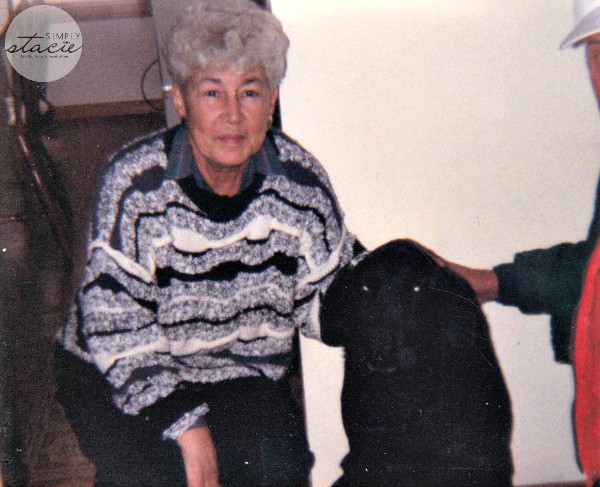 I used to take Czar for walks with me in the neighbourhood. He never needed a leash. He would stick by my side and not be at all tempted to take off if he saw another dog. He was a completely the opposite of the boxer we owned in high school who would take me for a walk instead of vice versa!

You know how they say that cats have nine lives? We often said that Czar had nine lives. This dog was close to death more than a few times! When he was about 9 years old he was hit by a car. The vet told my parents that Czar probably wouldn’t make it through the night. However, by a miracle, he survived. I like to think that our prayers for him were heard and helped him through.

The second close call was about a year later. We were staying at a friend’s cottage on a small island in the Ottawa River. We went on the boat to a local beach and left Czar with free roam of the island. My parent’s friends were the only cottage on this island. When we came back a couple hours later, Czar was gone. A fishing boat came as we were unloading and had Czar with him. They found him in the middle of the Ottawa River. We think he was swimming after our boat. It was a miracle he didn’t drown.

As Czar got up there in age, his health started going downhill. Cancerous lumps began showing up all over his body and his eyesight started to go. He still was our same old Czar who would spend the night with me in my bedroom. He used to sleep with me in the bed, but as he got older he couldn’t get up. Many nights I would sleep on the floor beside him.

Czar was 14 years old when he passed away. We were able to say our goodbyes to him. I knew he wouldn’t be suffering anymore.

Though it’s been 23 years since he passed away, I still often think of him and get tears in my eyes. I miss him very much. He was a one-of-kind dog who will never be forgotten.

The thought of getting a dog has crossed my mind. However, my cats detest dogs and wouldn’t be very happy with me if I introduced a new furry friend. If we were to get another dog, I would want a breed that is good with kids and had a laidback temperament. I would also feed my dog Petcurean Pet Food, the same brand that my cats eat. Petcurean also has a variety of dog food that focus on fresh, nutrient rich ingredients to nourish your pet for life. If you are new to Petcurean, try their online Food Selector to find out which food is best for your dog or cat.

They even have a coupon for a free trial bag to redeem at your local pet specialty store. Fill out the form to get your printable coupon.

Did you have a childhood pet? Please share your memories!