Ask a cat owner where the best location for your cat’s litter box is and you will probably end up with a bunch of different answers. Some will say in the basement for privacy and others may say the laundry room since it’s easily accessible. I stressed over where to put Princess and Misty’s litter boxes when we moved into our home last June. I wanted it to be a spot that was convenient for them, but not in the way of everyone else in the house. Their litter boxes are in the basement since that is mainly where the cats like to hang out. We have a finished rec room down there and they enjoy lounging around on the couches.

Who knew picking a spot for a litter box could be so complicated? It isn’t, not really anyways. There are a few factors to consider and these, of course, will depend on your cat’s preferences. In general, though, here are several guidelines to follow when choosing a location for your cat’s litter box. 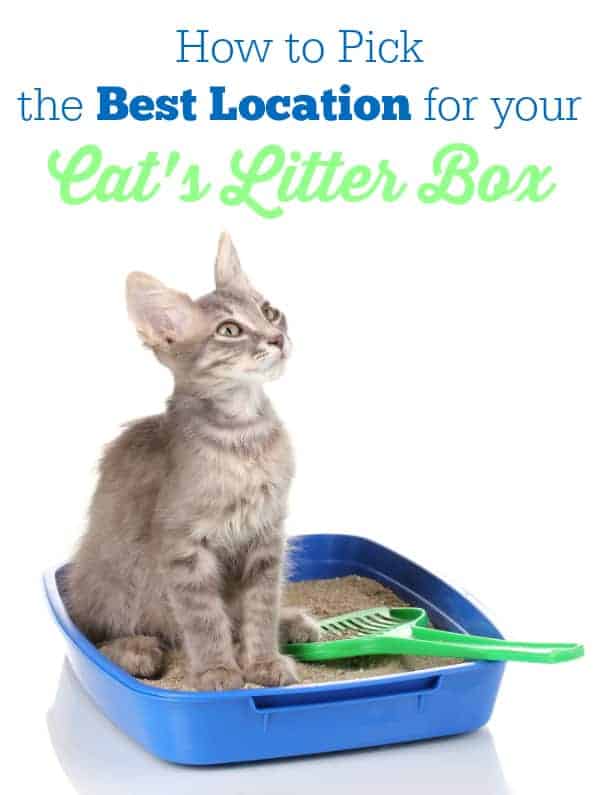 Once you’ve decided on the right location for your cat’s litter box, make sure to clean it regularly. Cats are naturally clean animals and do not like a dirty litter box. My cats go nuts when I clean their litter boxes. They’ll watch me intently and then as soon as I’m done, they’ll race to get in there and dirty it up.

I like using Arm & Hammer Clump & Seal Complete Odour Sealing Cat Litter. It’s the only litter that forms a tight seal around the mess and destroys the smell with the power of baking soda and unique odour eliminators.

Where do you have your cat’s litter box?