Blog Features » Fill a Tummy with a Toonie

In elementary school, I remember people talking about “The Breakfast Club” and wondering to myself what exactly it was. I knew it was held in a classroom before the first bell rang, but I didn’t know why some of my classmates were meeting up there each day. I asked my mom if she had heard about “The Breakfast Club” and she replied, “The movie?”. This was the 80s and the Brat Pack movie was only a few years old. My puzzled look must have made her realize I was talking about something else. She caught on and said, “Oh you mean at your school!”. Yes, mom!

My mom explained to me that some of my classmates didn’t always have enough to eat because money was tight in their family. The Breakfast Club was there to help kids who need it and so they don’t have to spend the day hungry.

Even as a child I felt empathy for my classmates. I thought hunger was something that only occurred in developing countries and not right in my own backyard, so to speak. I realized that hunger was all around us and it made me sad to think about kids not having enough food to eat each day. 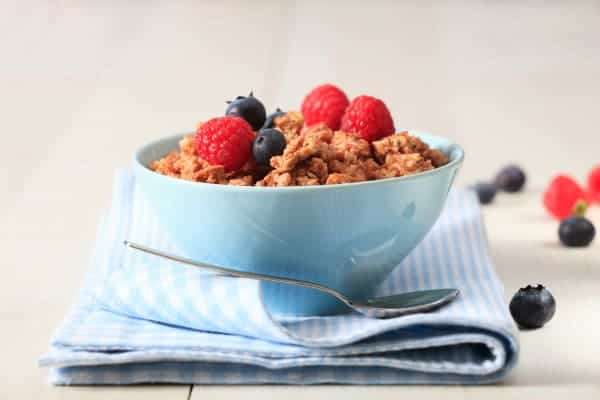 Food insecurity is something that continues on today in Canada. There is a breakfast club at my daughter’s school and I’ve talked to her about what it is.

Here are some important statistics that will give you pause:

I was happy to learn about the Toonies for Tummies campaign starting next month for a couple reason. One it raises awareness about food insecurity and two it raises much needed money to fund programs to help children.

The Grocery Foundation along with the support of other Canadian retailers and food, beverage and consumer goods companies will be raising money to help fund nutritious breakfasts and snacks for various programs in Ontario and Atlantic Canada. School nutrition programs like the one at my daughter’s school are one of the types of programs that this campaign will benefit.

Toonies for Tummies will run February 5th to 19th and you’ll have a chance to show your support for this worthy initiative too. When you are shopping at participating grocery stores in both Ontario and Atlantic Canada during the timeframe of the campaign, you’ll be asked to consider donating a toonie. I think it’s also important to note that 100% of the funds raised at the till will be donated back to local programs. The goal in 2015 is to raise $1,000,000! With our help, they can do it! 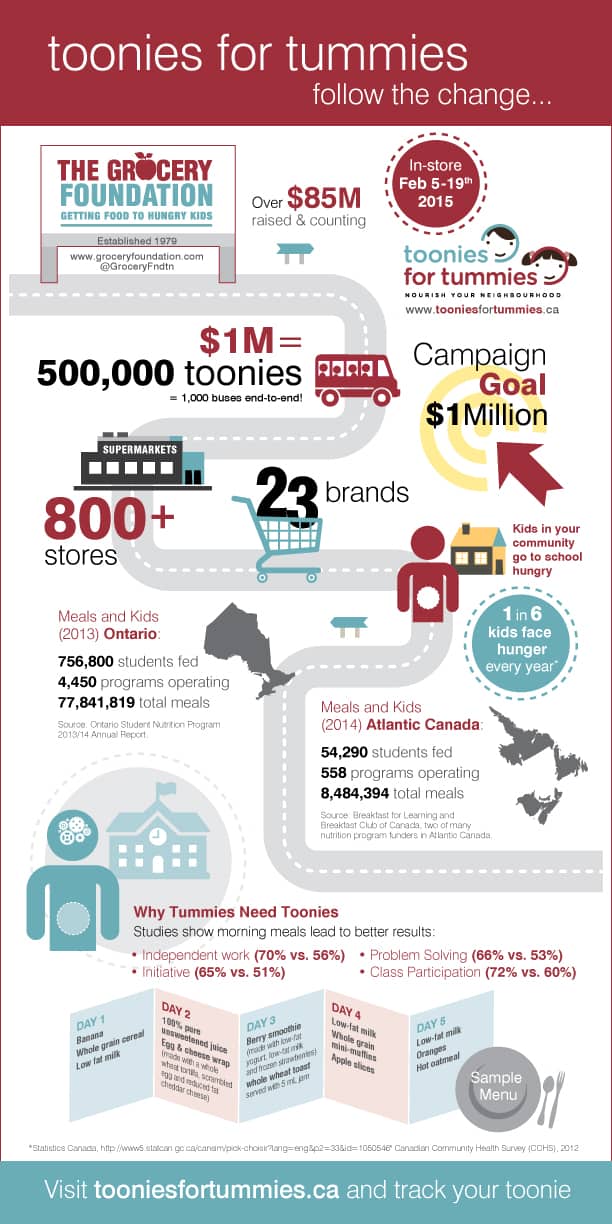 Check out the list of participating stores. I see Food Basics on the list for my area.

I do my grocery shopping once a week so during that time period, I plan to donate a toonie each time I shop. It’s a cause I support and believe in and I have no hesitation whatsoever to give back. The amount is less than I’d spend on a cup of coffee!

The Grocery Foundation is working with schools in local communities to make sure that the funds raised get to schools that will benefit most from everyone’s generous support. See which schools in your area will benefit with this handy Toonie Tracker.

As an added bonus, when you make your donation, you’ll receive a Toonies for Tummies Campaign coupon booklet featuring savings on the sponsoring companies products! For a coupon clipper like me, I want one of these coupon booklets!

I use coupons weekly so this is great news and nice of them to offer to shoppers.

Your toonie will make a difference so please donate and help a hungry child in your region. If you don’t live near one of the participating stores, you can also make a donation online. 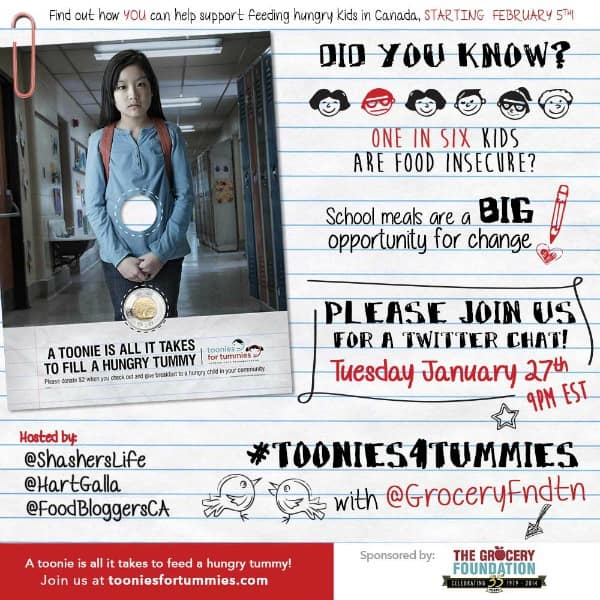