It amazes me to see the changes in our technology over the years. Everything has become so advanced, making our lives a little easier each day. Even though my boys are still young, the changes in baby monitors in the few years since they were babies has really been extraordinary. One company that is bringing the latest technology to digital wireless baby monitors is Levana – and they have a two camera system that will take you beyond just watching your newborn sleep. 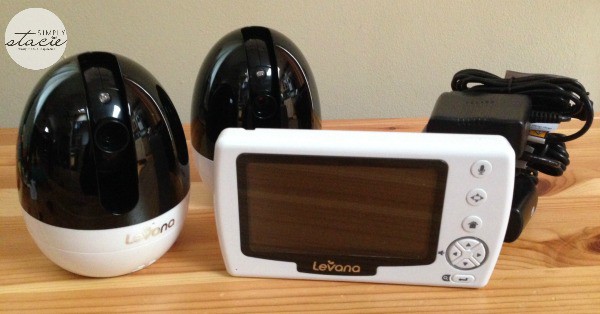 Levana sent me their Stella model two camera monitor system for review. It’s incredibly easy to set up right out of the box. Within just minutes we had the system up and running in our home.

The great thing about this model is that you can use the two cameras in separate areas of your house and easily switch views on the video monitor to see either camera at any time. We set up one camera in my youngest son’s room since he seems to move around and cause trouble in the night, and one camera in our basement playroom where my two boys spend a lot of time during the day. 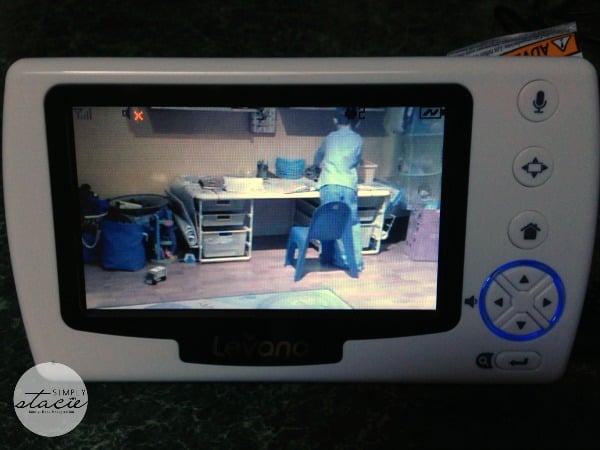 I loved being able to see my boys on the monitor in the playroom while I was in the kitchen making lunch. There’s even an option to speak through the intercom feature if I want to let them know that I’m coming down to help them in the playroom or to let my little guy know I’m on the way up to him when he calls during the night. There’s even a panning feature on the monitor that lets you adjust the camera to see everything in your child’s room – which is good for when my little guy decides to get out of his bed at night! Of course these would also be great to use in the traditional “baby way” – if you have a newborn, this set would be a fantastic way to keep an eye on your little one and know exactly when they are awake and moving around. 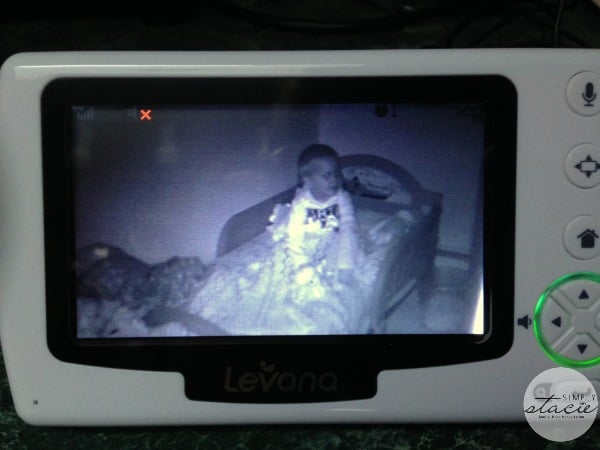 The monitor has a 36 hour battery life when it’s fully charged so you can move it around the house with you as you do chores or interact with your other children while your little one naps. The images and voice that come through the monitor are very clear – I was quite impressed at how easy it was to see my little guy on the monitor at night. There’s a great comfort in being able to see as well as hear through a baby monitor, and I would recommend this set to any one – whether a first-time mom, or an experienced parent. This set sells for $179.99 on the Levana site.

Levana’s founder was inspired to create a better baby monitoring system after being disappointed with the audio-only monitors that were on the market back in 2001. Levana is the new brand of the SVAT company that introduced the first wireless, hand-held and full-color baby video monitor in the world to market. Their new name means “to rise” and they feel that’s exactly what they are helping parents do – helping them “rise” to the occasion of caring for their child. They know what features parents want and need and they work to develop solutions to give them more freedom and less worry. Their baby monitors are meant to give parents that little extra boost to help them confidently manage all of their newfound daily routines with ease.