Are you ready to get your game on? 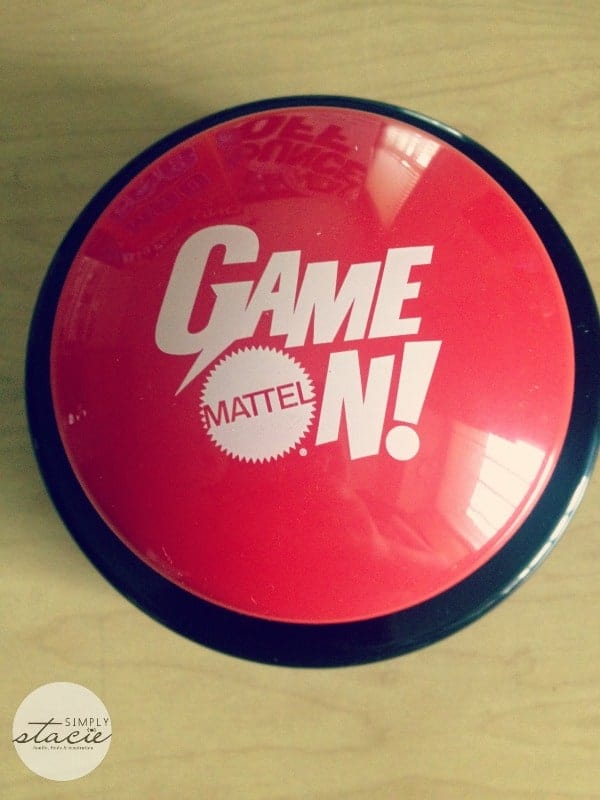 I grew up playing board games. I recall many sleepovers and family get-togethers where we would all sit around the dining room table playing for hours and having a blast! I’ll admit it – family game nights have fallen by the wayside with all the new gadgets and electronics keeping us entertained individually.

I missed playing good ol’ fashioned fun. I decided to start a new tradition in our home: Family Game Night! 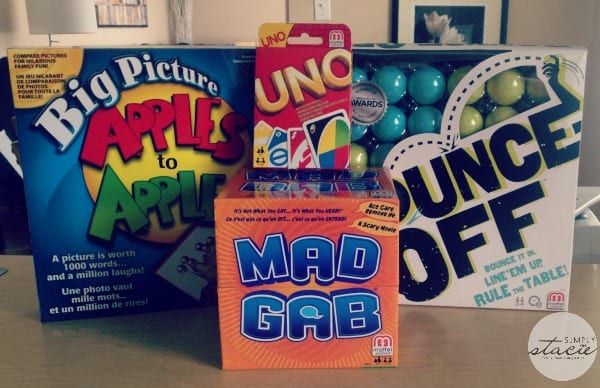 Mattel sent us four games to get us started and challenged me to show my family that “Anytime is Game Time”. So that’s what I did. Two of the games I’d never played before: Apples to Apples and Bounce Off. I had played Mad Gab and UNO, but it’s been so long that I forgot how to play. Good thing all these games come with easy to follow instructions! 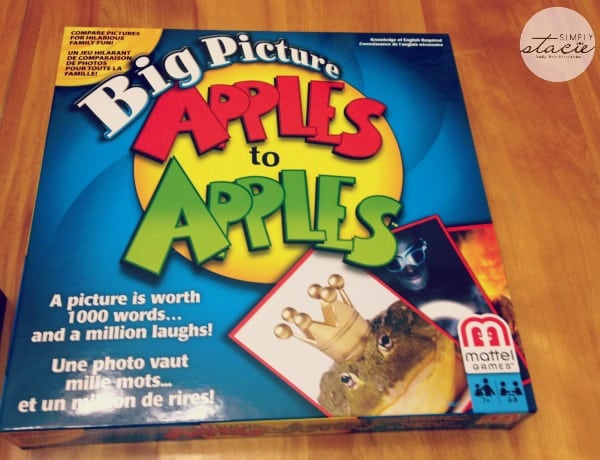 I decided to surprise my daughters and John by declaring that we would all put away our phones, laptops and other devices and sit down and play a game. Bridget was especially excited because I extended her bedtime a little.

I brought out all four Mattel games and we voted on which one to play first. Apples to Apples was the winner. My sister owns this game and was telling us how fun and hilarious it is to play. 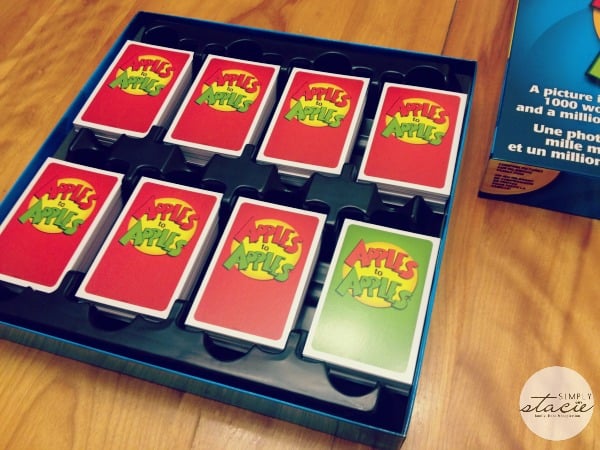 My sister was right. Apples to Apples is hilarious! We were laughing so hard that a few snorts came out. It has to be really funny for me to snort….think Crissy in Three’s Company. 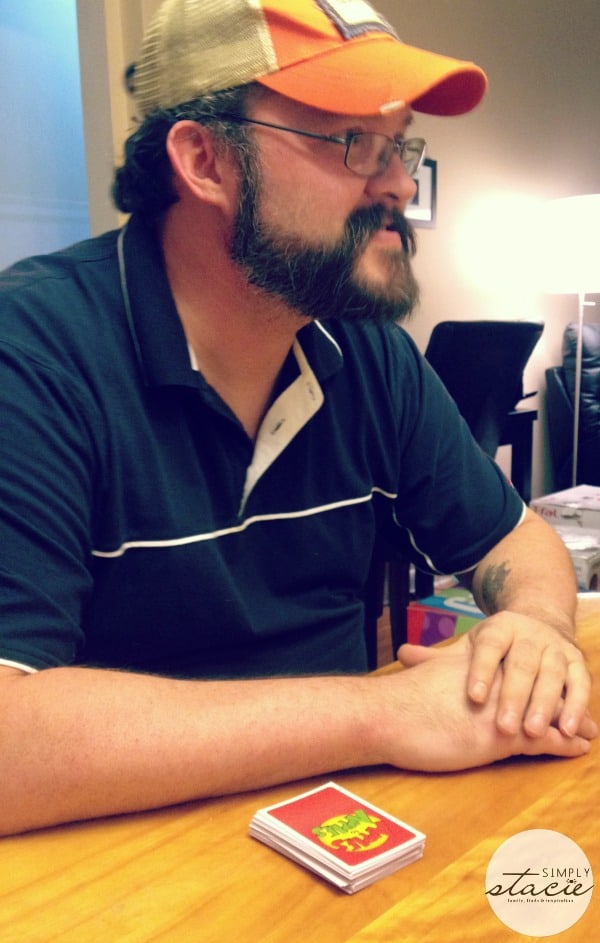 The object of the game is to be the first to collect four of the green cards. Everyone is dealt five red cards that show different images on them. The green cards have a word. Each round, someone takes the roll as the “judge” and chooses a green card and informs everyone what the word is. Then the players pick which picture from the five images they have that best depicts the word. Then they have to make their case to the judge about why their image is best. 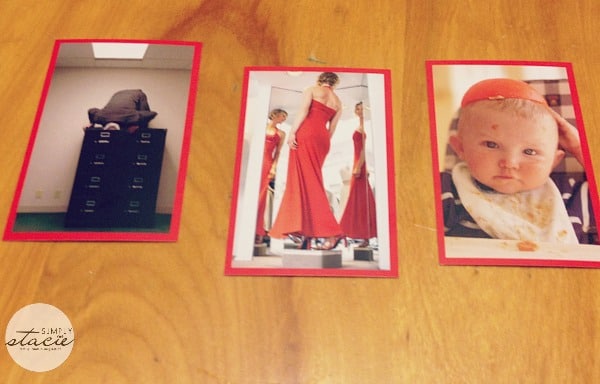 The word for the above images was “best-smelling”. I was the judge and had to pick which one I thought was the best image for the word. Can you guess which one I selected? 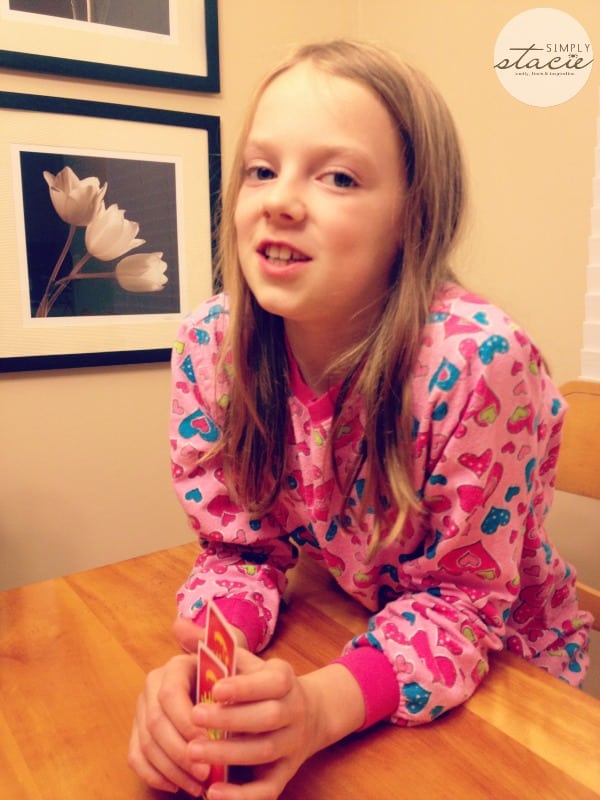 My 10-year old daughter was so funny with some of the reasoning she came up with. 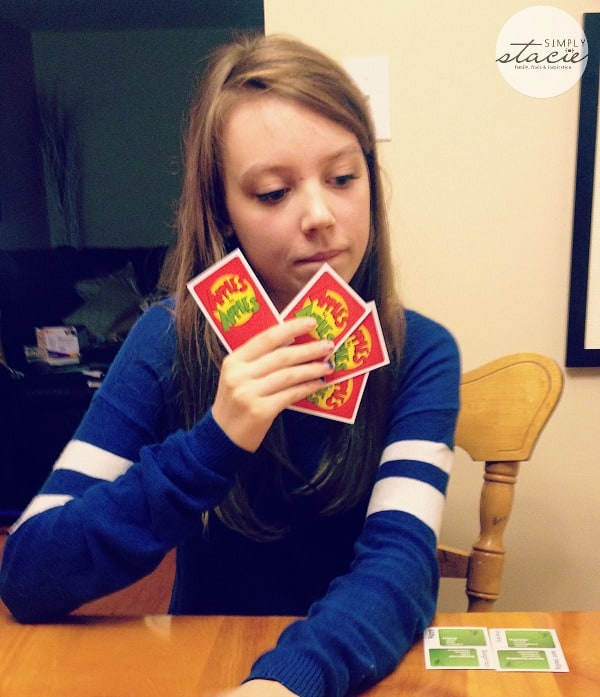 You are looking at the winner. Olivia cleaned house and won the game! 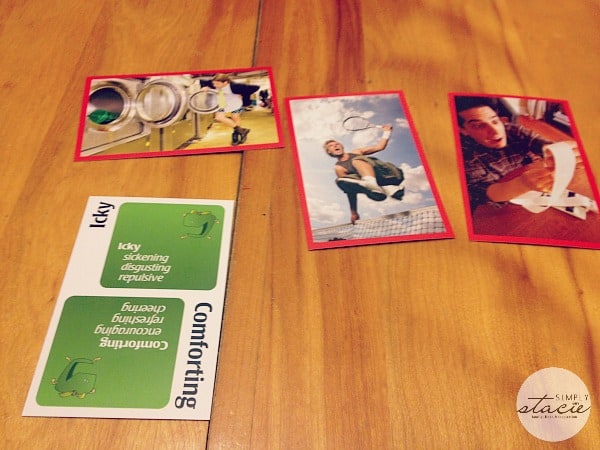 As I was tucking Bridget into bed, she asked me if we could do game night again sometime. I told her we definitely would and will make it a regular thing. Family great night is a fantastic way for a family to bond over laughter and fun!

Visit Mattel Game On! to learn more about Anytime is Game Time and check out all the games! You can also follow them on Twitter and Facebook.

Mattel Game On! is giving away prizes each week on their Facebook page to celebrate that Anytime is Game Time! Head on over to take the weekly game challenge and enter to win!

How often do you play games?