*Disney provided me with an all expenses paid trip to Los Angeles to attend advance screenings of Maleficent and Planes: Fire and Rescue and to attend press junkets for both films. No other compensation was received. All thoughts are 100% my own.*

Sam Riley, who plays Diaval, Maleficent’s loyal servant who transforms between man and raven throughout most of Disney’s live-action Maleficent, was possibly more nervous than we were when we spoke at the Four Seasons about his role in the film, which is now out in theaters. I haven’t said much about Diaval in previous posts, but I absolutely fell in love with this character, in all of the forms he takes throughout the film. In a sense, Diaval acts as Maleficent’s conscience. Even though she mostly does whatever she wants, I think Diaval, although a raven, helps her tap into more human feelings. 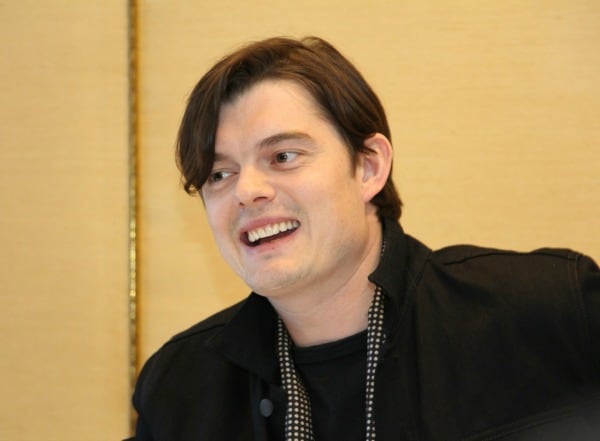 This was the first film of Sam Riley’s that I had seen, so I had no expectations on what he would be like going into this interview. He was thoughtful, kind of shy, and a warm personality to be around. I’m definitely looking forward to checking out his previous films after having seen Maleficent and meeting him in person. Regarding his past films, Sam said, “Most of my films are independent-type cinema that not many people go and watch usually.”

On working on a Disney film retelling a famous fairy tale, Sam said, “I thought the way they did this was really interesting. ‘Cause, I mean, what would make a woman or a sorceress curse a little baby? It’s like one of the worst things you could possibly do… Ladies are still waiting for a prince sometimes but to just lie there asleep is not really the modern way. And the fact that Angelina, obviously, was going to play Maleficent was exciting.”

To get into the character of Diaval, Sam did do some research. First, he started by watching the original animated classic, Sleeping Beauty. “It doesn’t really do very much in that. The raven always looks half-asleep or something. They organized it so that they could bring in a real raven…I’d never seen a real raven before…it could do tricks and stuff, which is pretty scary. When it gets its wings out it’s as long as the table or something. You know, really huge. And they’re very intelligent and they’re kind of vain as well, which I thought was funny. But I just watched this raven in a room for a while just to see if anything would rub off on me that I could steal something from it while I’m the man part of the thing. By the end of the session, I was actually running around the room flapping my wings.” 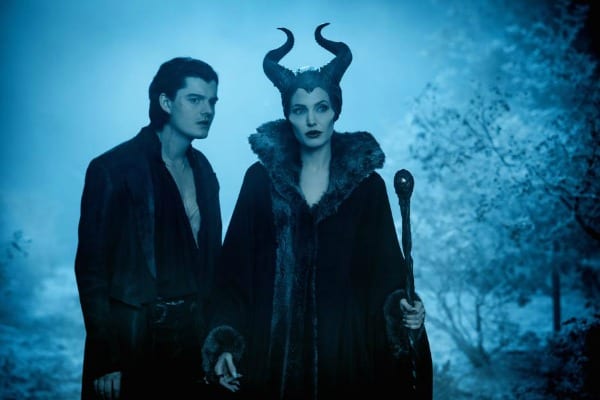 To get the look for Diaval in his human form, Sam spent several hours each day in hair and makeup. “It’s about three and a half, four hours, something? But I couldn’t really complain ‘cause there were other people who had been in there since three o’clock in the morning. They have to wake them up that early so they’re ready to work at nine, you know? The ladies and guys that were putting all this stuff on, they probably work some of the hardest because they have to be there at that time and then the whole day they have to make sure things aren’t falling off.”

Sam, whose wife recently gave birth, describes himself as a “really good sleeper.” During the makeup process, “I managed to be able to lie down in the chair and while people were gluing things to my face, I could actually sleep through it, which is pretty impressive. Until one morning they turned the seat back up and realized they stuck my nose on the wrong way—it was sticking up. So they wouldn’t let me do it anymore after that.”

Sam’s most memorable scene to film was the first one they did in full costume. “I was really nervous…I met Angelina before, obviously, we rehearsed and things like that, but I’d never seen her in full costume…and they had this amazing set there and she already stood there so I was worried that I’d been keeping her waiting or something.”

The audition process for winning the role of Diaval wa pretty classic, according to Sam. “More or less, they send you the scenes and then you learn them at home if you’re a good boy…I flew to London and met Rob and the casting director. And then you do the scene and the lady plays Angelina or whatever. Sometimes you think you’ve done it well and then it’s still don’t call us, we’ll call you type of thing.” Finally, three weeks after auditioning for the film, Sam heard from his American agent, who told him he’d better buy another drink at the pub he was at because he would be playing Bird Man. 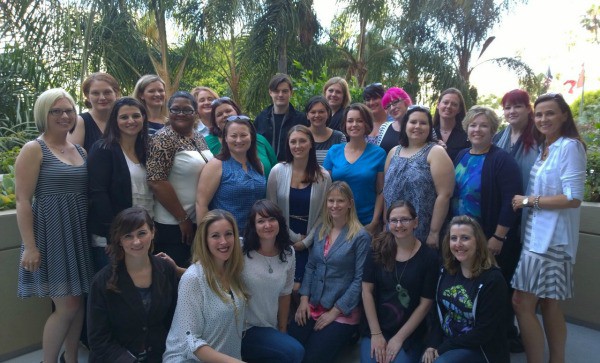 I loved how Sam described the relationship between Maleficent and Diaval. “She said that at the beginning he’s more like a servant and he’s scared of her because she’s all-powerful and everything. If you think about it, they spend, like, every day together for sixteen years. She’s isolated herself somewhere, so that I’m the only one that talks to her. So we wanted them to be more like a bickering married couple by the end of it and have these lighter moments.”