*Airfare and hotel accommodations are being provided by Disney in exchange for posts related to film reviews, interviews, and product promotions. Any and all opinions are entirely my own.*

One of the earliest Disney movies I can remember seeing in theaters is Sleeping Beauty. It has always been one of my most favorite Disney films and features one of the scariest villains I think the studio has ever invented: Maleficent. So when I found out that a live-action film centered around Maleficent was scheduled to be released in 2014, I stalked every news article, interview, and Facebook status update about the film. Not to mention that I have spent years collecting Maleficent merchandise such as T-shirts, wallets, and even a glasses case.

I have some pretty exciting news to share: in less than a week, I will be soaring off to Los Angeles for an action-packed three days centering around Disney’s Maleficent (in theaters May 30th, 2014—you can even pre-order your tickets ) and this summer’s release of a sequel to Planes, entitled Planes: Fire and Rescue (in theaters July 18th, 2014). 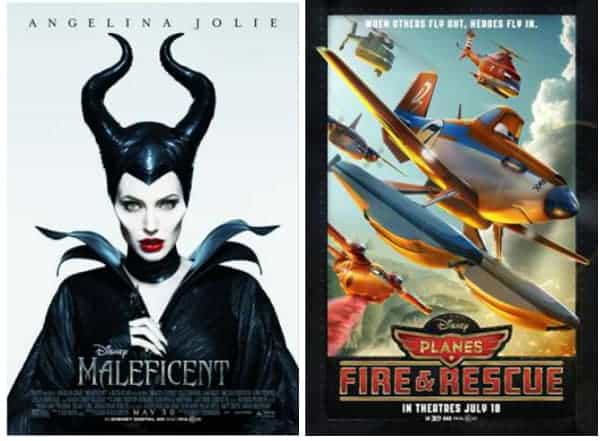 While I and the twenty-four other bloggers invited to attend the event do not yet have a complete itinerary, here is a sneak peek at some of what the amazing folks at Disney have planned for us:

I hope you are just as excited for each of these films as I am! And if you haven’t yet heard about either film, check out their theatrical trailers now!

I’m taking over Stacie’s Twitter from May 19th-May 21st, so if you’d like to keep up with all twenty-five of us in real time, please follow the hash tags #MaleficentEvent and #FireandRescueEvent