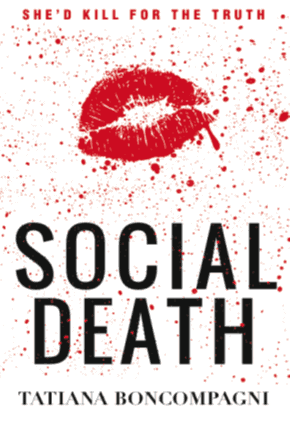 The rich are different from you and me. They have deadlier secrets.

Gone Girl meets Gossip Girl in Tatiana Boncompagni’s third novel SOCIAL DEATH, a gripping thriller about the murder of a beautiful socialite and the scandalous secret she dies trying to reveal. Money and fame can conceal all manner of deceit, but only for so long.

When veteran news producer Clyde Shaw is called to the scene of a grisly murder on the Upper East Side, she thinks it’s just another high-profile crime, the kind she’s built her high-powered career on—except the murder victim is Olivia Kravis, the daughter of Clyde’s boss, billionaire media mogul Charles Kravis, and Clyde’s best friend since childhood.

As a high-stakes network ratings war begins, Clyde’s own privileged yet troubled past comes back to haunt her, and she’s forced to choose between finding her best friend’s killer and losing everything—her job, her reputation, even her life. Long-guarded secrets. Millions at stake. And only Clyde holds the key to unlocking the truth.

Readers familiar with Boncompagni’s previous work will devour her glimpses into the world of the rich and famous. With SOCIAL DEATH, the author brings us a skillfully crafted thriller with all the makings of a bestselling series. Additionally, to mark the release of SOCIAL DEATH, beauty company Votre Vu has created a red lipstick referencing the book’s title, setting, and graphic cover image. Votre Vu’s newest shade of lipstick—which will be released along with the book in March 2013 in limited edition packaging—is an incredibly wearable red that captures the book’s drama and sophistication. “Red lips have always been a symbol intrigue, glamour and seduction. In a nutshell, that is exactly what Social Death is about, and why I think this is such a perfect partnership,” says Boncompagni.

I recently had the pleasure of reading Tatiana Boncompagni’s newest novel, Social Death, and I was hooked from the very first chapter. Clyde Shaw is a television news producer in NYC and is sent to a scene where a murder has just occurred. She has a friend who lives in the building so she gives her a call to see if she can get the inside scoop on what is happening. Unfortunately, her friend, Olivia, is not answering her phone. Then Clyde discovers that Olivia is actually the murder victim! You can imagine the shock and horror she felt learning this news. As a reader, I wondered what I would do if I was Clyde. I probably wouldn’t have held it together as well as she did.

Naturally, the network asks if Clyde would like some time off to grieve, but Clyde is focused on finding what happened to her best friend. I think that is what helped her grieve. I would want to know what happened too.

I would describe Social Death as a mystery novel. Clyde is learning pieces of the puzzle and trying to put them together to make sense of it all and figure out what happened. I only had an inkling of who the killer might be towards the very end of the book. I like that it wasn’t too obvious and it made me want to keep reading more to uncover the truth surrounding Olivia’s death.

I loved Clyde’s character. She was real with flaws like the rest of us and has made mistakes in her past. She is a good person at heart who wants to do the right thing. I also admire how gutsy and brave she is. There was a couple scenes in the book that I would have been to scared to ever attempt, but Clyde was determined and didn’t let obstacles get in her way.

I also found it very interesting to go behind the scenes into the world of television news reporting. I never realized just how competitive it was to be the first to “break” the story.

The ending was a shocker! I think there will be more Clyde Shaw books coming and I can’t wait to read more. 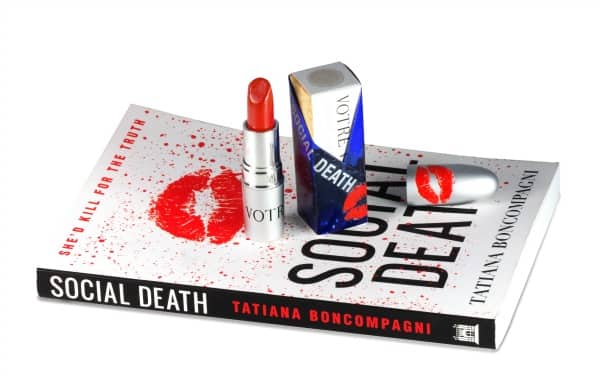 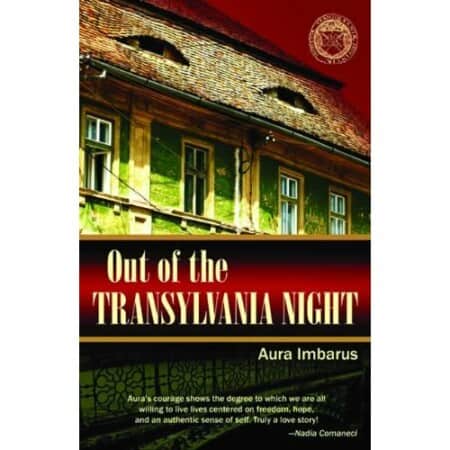