Phillip Phillips The World from the Side of the Moon Tour

Disclosure: I received promotional tickets to the Phillip Phillips concert in Dartmouth. Opinions expressed are my own.

Phillip Phillips kicked off his first solo tour across Canada last night in Dartmouth, NS and I was there! I hadn’t been to a concert since the mid 90s when I saw The Smashing Pumpkins in Ottawa. I guess that dates me a bit right?

“The World From The Side of the Moon” tour launched last night out here in the Maritimes and Phillip Phillips will be making his way across the country performing in major cities. There’s also one US date in there in Waukegan, IL. 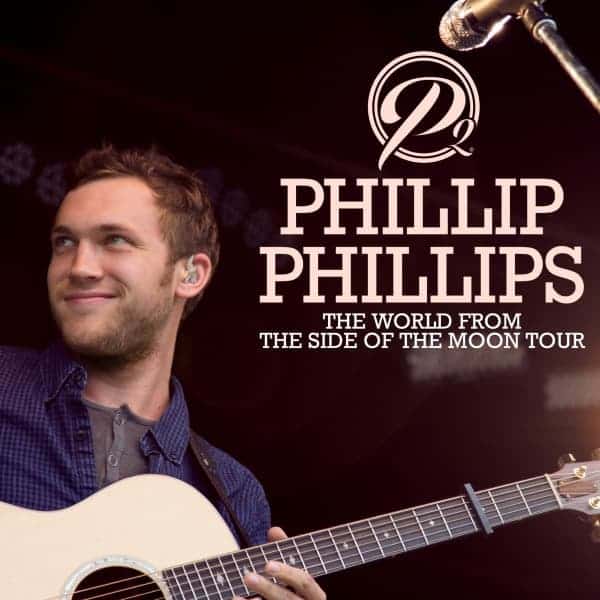 When I told my mom I was going to his concert, she freaked. She is a huge American Idol fan and she loved Phillip. I didn’t watch American Idol, but I did know a couple of his songs from the radio. My favourite is “Home”, the lead single from The World from the Side of the Moon album. It was one of last year’s biggest singles achieving quadruple-platinum. The album itself reached #4 on the Billboard Top 200 Album chart upon its release in November 2012. Another song of his that I often listened to is the platinum single, “Gone, Gone, Gone”.

John and I arrived at the Dartsmouth Sportsplex about a half hour before the doors opened. It’s a two hour drive from our home in the valley and we aren’t familiar with the area so wanted to make sure we left well in advance. There was already a line to get in and there was a group of teens at the front of the line who could barely contain their excitement to see Phillip Phillips. I noticed the people attending were a mix of ages from young to older. 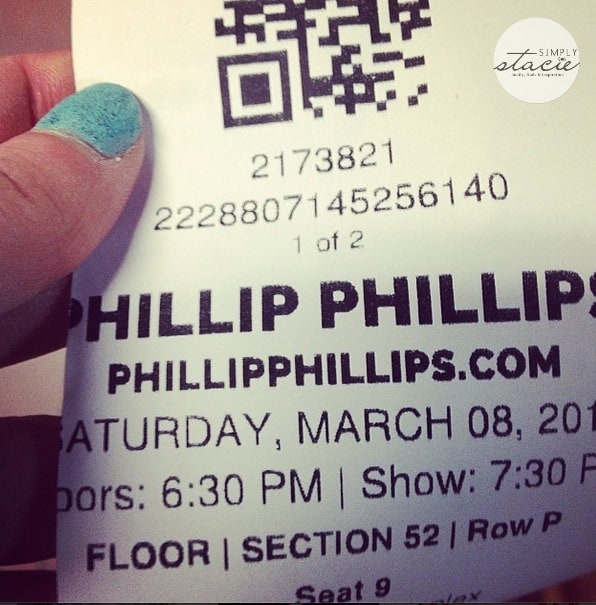 Our seats were on the floor in the very last row. Unfortunately, none of my pictures turned out. I was too far back to really get a clear shot. I also wanted to tweet and instagram during the show, but I could not connect to the 3G network for the life of me after the show started! I took a few pictures on my phone and I uploaded a picture of Phillip Phillips to Instagram when we got back to the car. 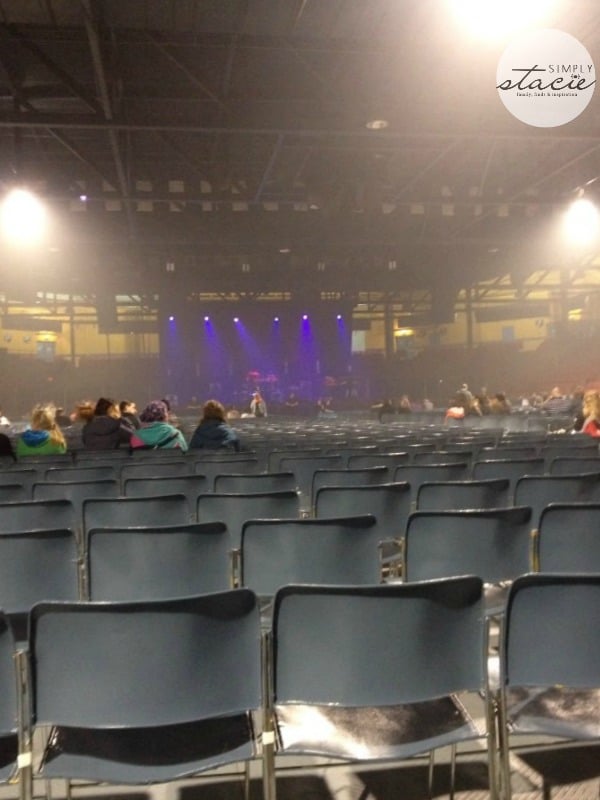 Twin Forks was opening for the concert. I’d never heard of them before, but I enjoyed their music. John thought they reminded him a little of The Tragically Hip’s music. I don’t know if I’d agree with that, but I thought they complemented Phillip Phillips style of music very well. The lead singer said they were from Twin Forks, Tennessee and they just released their first album last week….titled Twin Forks!

The crowd went wild when Phillip Phillips came to the stage. I found that he really tried to connect with crowd between the songs and had us sing parts of the song along with him. He is an amazing singer and guitar player. It was really something to watch him and witness a truly talented musician performing. He and his band had a number of instrumental sets sprinkled throughout the show. 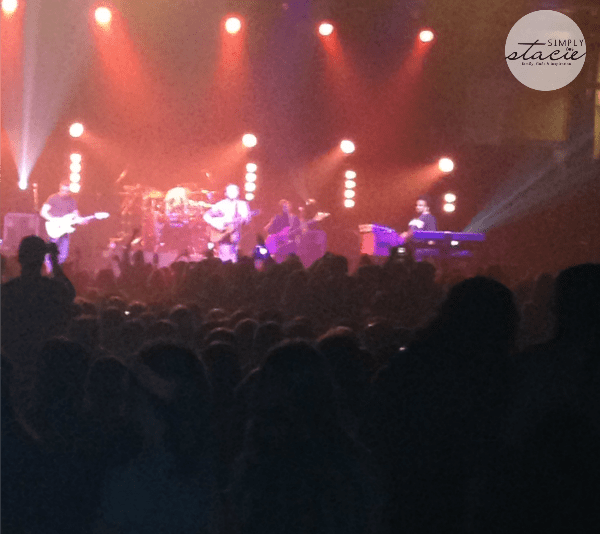 Phillip Phillips played Gone, Gone, Gone a few songs and people stood up and were clapping and dancing. He also played his newest single, “Raging Fire”, and said that he only wrote it a few weeks ago so please forgive him if he messed up the words. I listened to the song on YouTube before the concert and it’s growing on me the more I hear it. Some people in the crowd knew the words already and were singing along with him.

The highlight of the show for me was at the end when he played “Home”. Everyone got up and clapped and moved along to the music. Phillip had the crowd sing some of the song near the end. It was awesome!

Both John and I had a wonderful time at the concert. I now need to go download my favourite Phillip Phillips songs to my phone so I can listen to them over and over again.

Phillip Phillips is making his way across Canada (and 1 stop in the US) over the next few weeks. If you live near any of these cities and are a fan, I definitely recommend going to the show. Even if you aren’t a fan yet, I think after watching the show, you may just become one. John normally only listens to country music, but he even said that he liked Phillip Phillips music and enjoyed the concert.

The World from the Other Side of the Moon Tour Dates

Visit Phillip Phillips for more information about the tour and to purchase your tickets.