Book Review | I Am Pilgrim #iampilgrim 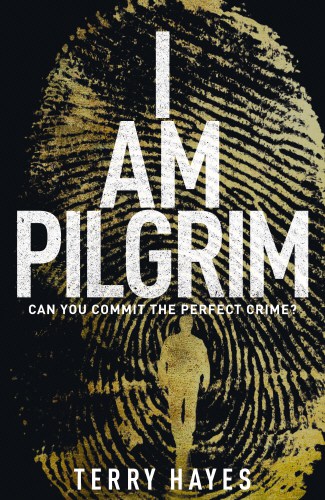 Title: I Am Pilgrim: A Thriller

The astonishing story of one man’s breakneck race against time . . . and an implacable enemy.

An anonymous young woman murdered in a run-down hotel, all identifying characteristics dissolved by acid.

A father publicly beheaded in the blistering heat of a Saudi Arabian public square.

Smoldering human remains on a remote mountainside in Afghanistan.

A flawless plot to commit an appalling crime against humanity.

One path links them all, and only one man can make the journey.

I know one thing for certain. The next time someone asks me for a book recommendation, I’m telling them that they need to read I Am Pilgrim by Terry Hayes. I finished this book last week and it’s still on my mind! At first, I was intimidated by its length at 600+ pages since it’s longer than the typical novels I read. However, every last page of this book was so worth it. I didn’t want it to end and spent many late nights reading till 3 am.

I Am Pilgrim is the debut novel by British writer and producer, Terry Hayes. The story is told from the main character’s point of view, a legendary secret agent in his 30s who works for the US government. The man has had many names and in this novel and he adopts the code name Pilgrim for his mission. We learn some of the back story of Pilgrim like his previous assignments and how he became a legend in the super secret world. However, we know little of his childhood before he was adopted by an older, wealthy couple.

The story is woven together by a few different subplots that all tie in together in the end. At first, I was wondering how it all would fit together like pieces of a puzzle. The main storyline is Pilgrim hunting down a terrorist who threatens to unleash a weapon of mass destruction that would affect thousands of Americans. He is given very little information at first and you have to wonder how in the world is he going to find this person and stop him before it’s too late. Luckily, Pilgrim is extremely resourceful and that made me love his character even more.

His travels to catch the bad guy bring him all over the world. We start off in a seedy hotel in New York City and taken to dangerous nations like Afghanistan, Saudi Arabia, and the beautiful Aegean coast city of Bodrum, Turkey. It was interesting to travel vicariously to these nations since I don’t ever plan to visit them myself nor do I often read books where they are the setting.

The main bad guy is known as the Saracen and we also learn more about him including how he became a terrorist bent on destroying America. I may have felt bad for him as a child, but his choices after he turned 14 made him despicable. However, this is also a very smart man who carefully and patiently plans his attack. I wondered if Pilgrim would ever be able to catch him and had to keep reading to find out.

I have great respect for the main character, Pilgrim. This man misses nothing and is extremely smart and observant. I was rooting for him to catch the bad guys and wanted to see him win in the end. I really hope that Terry Hayes writes more novels with Pilgrim. I felt like I really got to know the character and would love to read more of his adventures and hopefully learn more of his backstory.

This book is smart, thrilling and fast-paced. If you enjoy Dan Brown novels, you’ll probably like this one. In fact, I liked this book even better than any of the Dan Brown novels I’ve read. I hope Terry Hayes writes more books because I’ll be the first one to buy them!