Today Canadians everywhere watched history take place in Olympics women’s hockey. I watched the gold medal game between Canada and the USA today with excitement and anticipation. Not only am I a proud Canadian hockey fan, but I also had a personal connection to the game. My cousin, Tara Watchorn, #27, is on the women’s hockey team! I’ve been following her progress and cheering her on. Our whole family is very proud of her. I know my Grandma June who passed away at the end of 2012 would be beyond excited and extremely proud of her too. 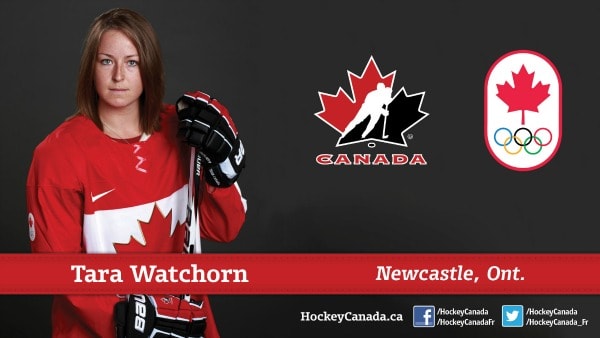 I’m still shaking from the intensity of the gold medal game as I write this post. It seemed almost a sure thing that Canada was destined for a silver medal. With a little over 3 minutes left in the third period and the score 2-0 for the USA, I was feeling like it would take a miracle to win. And a miracle it was! I could not believe my eyes when Canada tied up the game and it went to Overtime. I really did not see that coming at all!

I screamed when Marie-Philip Poulin scored the winning goal in OT! Tears were streaming down my face. We won!!!!! That was a game of epic proportions and one that will go down in the history books. All my friends and family were going wild and I’m still sitting here in shock over the crazy comeback. I am so proud of our women’s hockey team and my cousin and they showed true Olympic spirit today. They never gave up and continued to try right until the very end. Now that was something inspirational to watch.

Coca-Cola Canada wants to help you get inspired by Canada’s athletes and are offering my readers a chance to win a Coca-Cola Show Your Spirit prize pack. I know personally I’m inspired by all of our outstanding men and women who have taken part in the Olympics this year. Medal or no medal, I’m proud of them all. To even get to the Olympics takes perseverance, drive and determination. They make me want to get active, follow my dreams and never give up.

Check out www.coca-cola.ca/olympics to watch inspirational videos about Canada’s athletes. You can also share your active living stories and see what these Olympians have inspired others to do. If you’re on Twitter, you can tweet with the hashtag #inspiredto 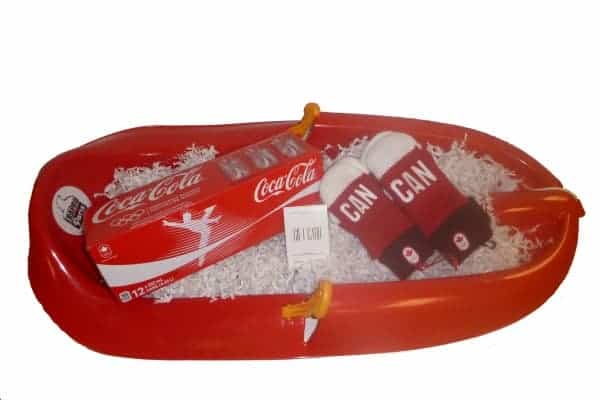