I know I don’t drink enough water. It’s not because I don’t know any better because I do know how important it is to stay hydrated. When I was sick a few weeks ago and visited my family doctor, he told me that it was fine that I wasn’t able to eat anything and that humans could go 30 days without food. He said that dehydration is a serious issue and that I needed to keep drinking water. He reminded me that humans could only go a few days without it before they die. The virus I had lasted about two weeks and I made sure to keep drinking water.

On a regular normal day, I’ll drink water a few times a day and the rest of the day I’ll drink coffee. I’m working on drinking more water and so far I’m doing much better. Let’s face it, water can be boring. I found a delicious way to add a bit of flavour to my water: Nesfruta! It’s made drinking water a lot more fun and interesting. 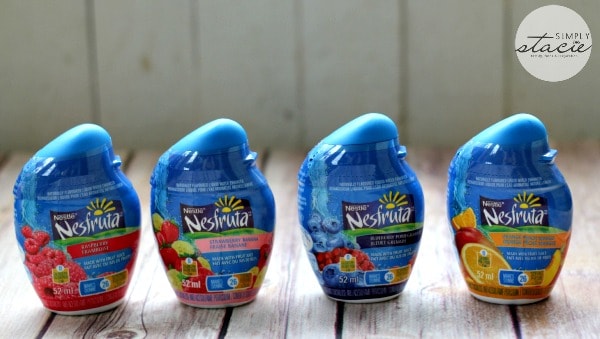 Nesfruta is the only liquid water enhancer made with fruit juice and it’s brand new to Canada! It has zero calories and made with natural flavours and naturally sourced colours. Each 52 mL bottle makes about 26 servings and comes in four fruit flavours including:

The bottles are small and light and can easily be put into your purse when you want to add a shot of flavour to your water on the go. I’ve noticed that I’m wanting to drink more water because I’m craving the refreshing fruity flavours. My favourite out of the four is Blueberry Pomegranate with Raspberry coming in a close second place. 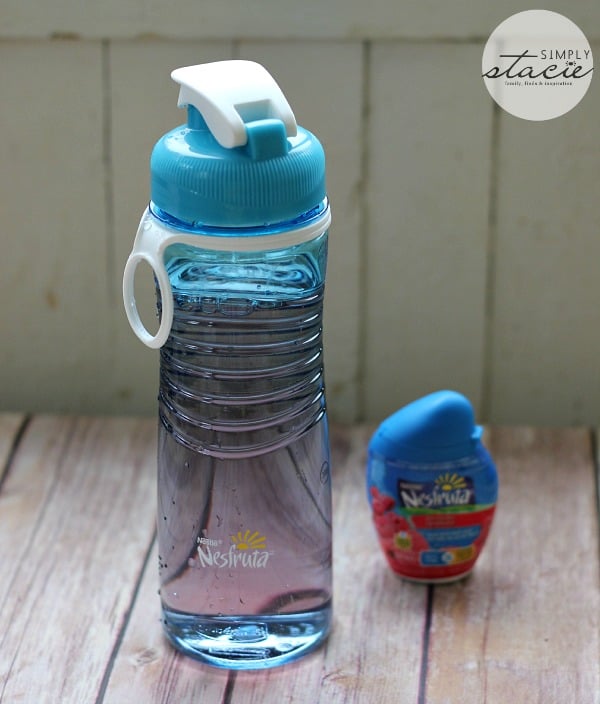 I like that it tastes like real fruit and doesn’t have a weird aftertaste. You can put in as little or as much as you want. It just depends on your taste preference and how strong (or weak) you prefer the taste. I like mine to be moderate. I want to taste the fruity flavour but not so much as it overpowers my tastebuds. My perfect beverage is cold and with a medium splash of flavour.

Nesfruta tastes so good that you’d never know it was zero calories! Staying hydrated is so much more easier now.

Nesfruta is very versatile and can really be used to add a burst of fruit flavour to any beverage. Add a splash to your pop (John likes to add it to Sprite), morning smoothies, wine or even a glass of beer! 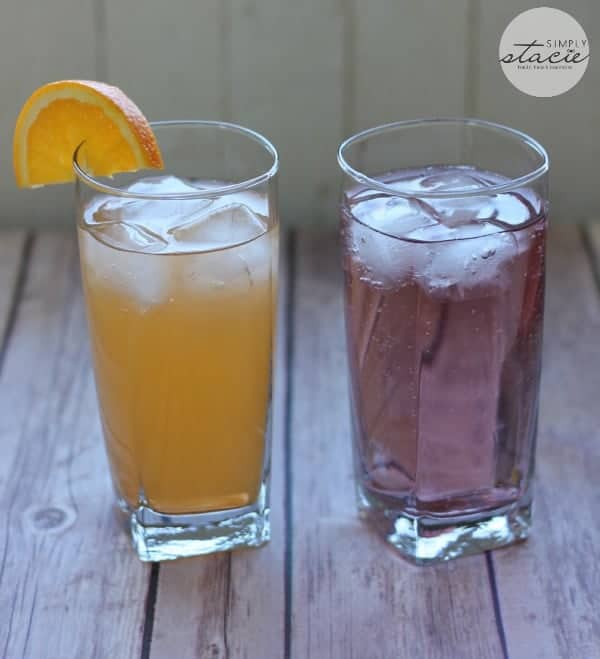 Nesfruta has a number of easy recipes you can try. I made the Nesfruta Italian Sodas and it was so easy with only 2 ingredients: club soda and Nesfruta. Pictured below is the Orange Peach Mango Nesfruta Italian Soda and Blueberry Pomegranate Nesfruta Italian Soda. They were light, thirst-quenching and very tasty. I’ll be serving these again to impress our guests over the holidays! They’d be perfect to whip up some drinks when people stop over unexpectedly.

Other Nesfruta Recipes to Try

Place yogurt, strawberries and milk into a blender and process until smooth. Add Orange Peach Mango Nesfruta to taste. Blend until combined. Serve in chilled tumblers.

Pour lemonade into a glass and add your favourite Nesfruta flavour to taste. Mix well to combine. Add gin or vodka if desired. Serve over ice.

Pour beer into a glass and add your favourite Nesfruta flavour to taste. Mix well to combine.

Nesfruta can be purchased at grocery, drug and mass retailers across Canada and has a SRP of $3.79. If you are struggling to drink more water during the day, pick up a bottle or two to try.