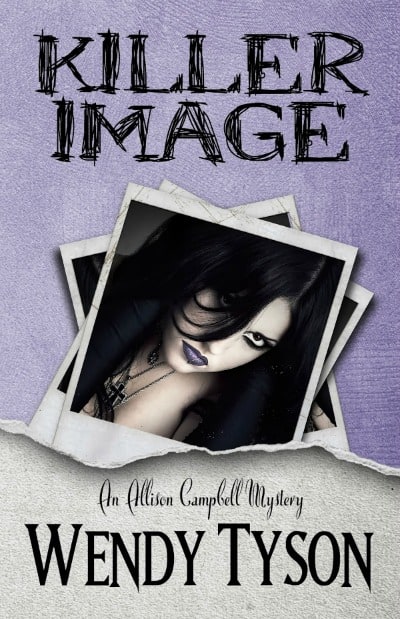 Killer Image by Wendy Tyson is an enticing mystery. The protagonist is Allison Campbell, a 33 year old image consultant and the owner of First Impressions, an image consulting firm which serves the wealthy in Philadelphia. Stylish and well versed on etiquette, Allison is more than capable of helping her clients’ makeover their outer selves. But then again, she is working from experience. She herself was once a young, dejected young lady and a few pounds too heavy and lonely, until she met her now ex-husbands mother—Mia. She taught her how to present herself to the world, and in a way, she became a second mother to Allison, more than just a mother in law. Something which she desperately needed, given her relationship with her parents, particularly her abusive father. Her experience allowed her to become a well-respected image consultant and even an author. Her successes are what eventually leads Congressman Hank Mcbride and his gorgeous wife into her office one fateful day. Desperate and relying on her as a last resort, the Mcbride’s plead with Allison to help their 15 year old daughter, Maggie. Allison’s gut instinct tells her to say no, but needing the money due to the health of her parents, she reluctantly agrees. Unfortunately, for Allison, agreeing to help Maggie may become the second biggest mistake she’s ever made in her life, especially when Maggie becomes a main suspect for the murder of the hated divorce attorney, Arnie Feldman and Allison must now fight to clear her client’s name.

The characters in Killer Image were carefully flawed, everyone from Allison to Mia and Vaughn (Allison’s business manager). Each character is dealing with some form of heartache and pain. Holding on to secrets, while attempting to not allow said secrets to handicap their everyday lives. Unbeknownst to them, those secrets are affecting them, each and every day, and will continue to do so, until faced head on. But perhaps they already know that. However, it is still too painful to face the pain from life’s past.

I enjoyed the perspectives of Mia and Vaughn. The perspectives of these two did not crowd the story, they instead, enhanced it. Which is sometimes a difficult act to pull off, but Tyson masterfully accomplished it. I also enjoyed the interactions between Allison and her ex, Jason. It was quite clear from the start that the two still had feelings for one another, and despite enduring a difficult divorce, they managed to remain extremely close. Which is really quite difficult. One other thing of note about Tyson’s abilities as they pertain to character relationships. She managed to masterfully rebuild broken relationships, Allison’s relationships with Jason and his mother serve as testament to the fact. The growth did not feel forced.

Killer Image is, surprisingly, Tyson’s debut novel. It is a treasure trove of drama, mystery, romance and thrills. There is even a bit of humor thrown in the novel at times, which further helps to ease the reader alone, as we become more engrossed in the story. Truly the best mystery which I have read this year and I look forward to reading more about Allison Campbell and her team in future installments. Killer Image is definitely worth reading, not only for fans of mystery, but fans of great writing.

Check out the other bloggers’ reviews of Killer Image.