Experience a blast from the past when A Very Minty Christmas (List Price: $9.99) arrives on DVD October 8, 2013. This film is sixty-six minutes of music, warmth, friendship, and the true meaning of Christmas as the ponies in Ponyville prepare for the arrival of Santa Claus. This My Little Pony original was first released in 2005, and is the first to be released in a line of My Little Pony Classic Movies courtesy of Shout! Factory. 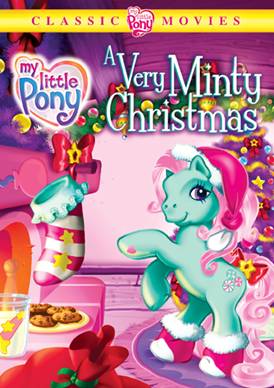 Minty wants everything to be perfect for the arrival of Santa Claus. She just can’t help herself when she notices that the Christmas Candy Cane beacon atop their giant tree is not perfectly straight. When Minty tries to fix it, the candy cane falls from the tree and shatters irreparably to the ground.

Minty tries to inform Pinkie Pie about her mistake, but Pinkie and all of the other ponies are too busy with other Christmas preparations to listen. Feeling terrible that she has ruined Christmas for all of her friends, Minty sets out on a dangerous journey to the North Pole to try and save Christmas.

The Hasbro My Little Pony toys were definitely from my generation, but Barbie dolls appealed much more to me. I think I only owned two ponies, and I have no idea which ponies they were. Eventually I’m going to go looking for them—I’m sure they are still somewhere in my parents’ basement and I know my daughter would love them!

Ponyville and all of the ponies who reside there have changed so much over the years! We’ve enjoyed My Little Pony: Friendship is Magic, but I wanted to show my five-year-old what the ponies looked like years before this reboot. Of course their voices and their overall appearance is different, but the strong moral messages are still the same.

Minty makes a mistake, apologizes to her friends, and goes above and beyond to try and fix everything for everyone. I loved that when her friends realized she was in danger, they dropped all of their Christmas preparations and went out to rescue poor Minty.

Overall, the ponies learn that it’s not a candy cane that represents Christmas: it’s the love and friendship they have for one another. And just like the newest pony show, there are plenty of catchy tunes that you and your children will love to sing along to! 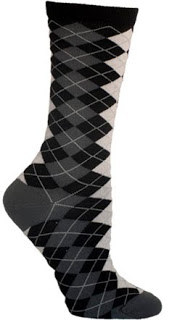 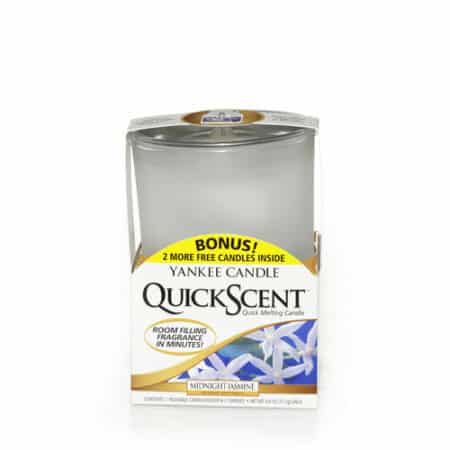