Book Review | If I Were You By Lisa Renee Jones 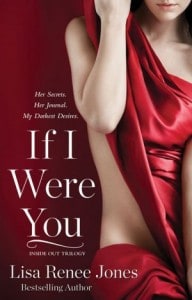 Title: If I Were You (Inside Out Trilogy)

Certain something sinister has happened, Sara sets out to discover the facts, immersing herself in Rebecca’s life. Soon she’s working at the art gallery Rebecca worked at and meeting Rebecca’s friends. Finding herself drawn to two dangerously sexy men, the manager of the gallery and a famed artist, Sara realizes she’s going down the same path Rebecca took. But with the promise of her dark needs being met by a man with confident good looks and a desire for control, she’s not sure anything else matters. Just the burn for more.

Sara and Rebecca have a lot in common. They seem to be around the same age and both have degrees in art. Sara ends up visiting the gallery where Rebecca worked and lands herself a job there. In fact, she takes over Rebecca’s old job!

Mark is the gallery owner and Sara feels an attraction to him. He’s all about control though and most of their conversations have a hidden undertone to them. At first I thought Sara and Mark would begin a relationship, but instead she met a rich and successful artist, Chris, and began a romantic affair with him. It’s very steamy!

By the end of the book, I felt like I really got to know Sara and I felt connected (and invested) into knowing how the story would play out. I want to know the man Rebecca was having a relationship with. I hope it wasn’t Chris! I really like him and I don’t want to think that he was somehow involved with her disappearance. At this point, I’m thinking it could be Mark, but then again, it’s too early to say. It’s definitely a series that I need to keep reading to know what happens!

This diagram shows the preferred reading order for the Inside Out series. I’m currently reading the second novella, The Contract, which is part of Rebecca’s Lost Journals. 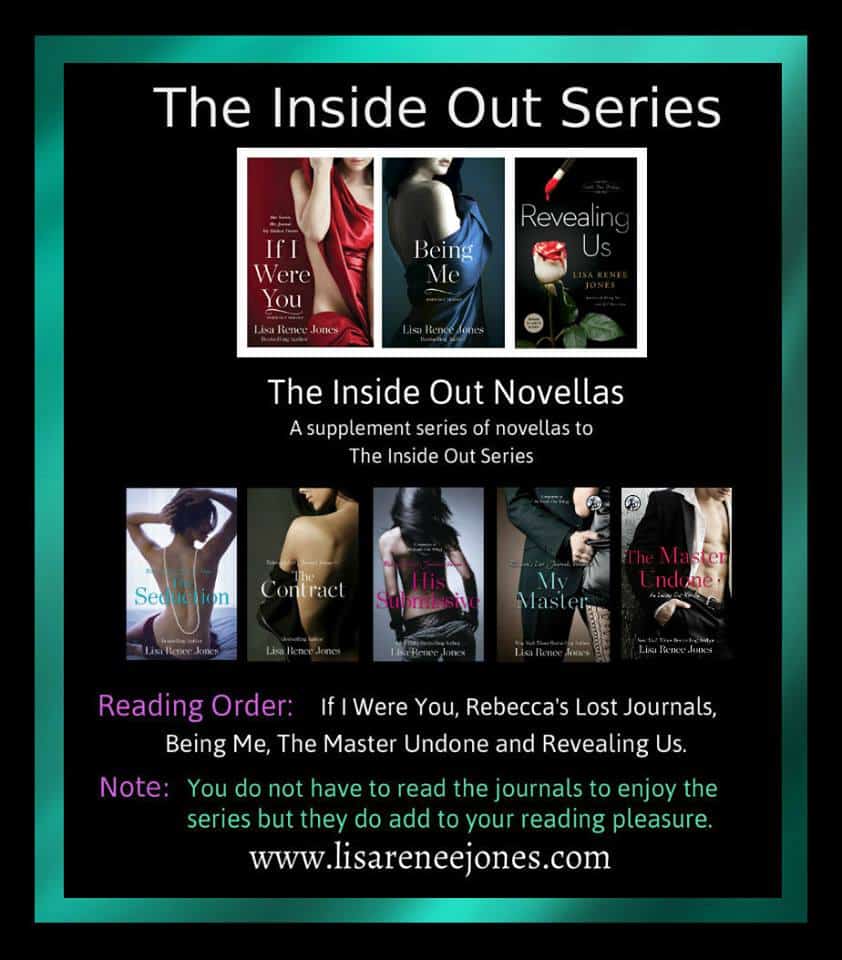