I would consider myself an occasional drinker and a picky one at that. I’m particular with my likes and dislikes. I do enjoy wine, but normally only drink white wine, the sweeter the better. I’ll often have a glass with a special meal if we are entertaining or I’m at a party. When I heard about some new wines coming to Nova Scotia this summer, I was excited to give them a try. I was especially curious to see if I would like the red wine since I don’t often drink it and the Cabernet Sauvignon Merlot because I’ve never tasted that combination. I was pleasantly surprised that I enjoyed all four! Read on to discover which one was my favourite…. 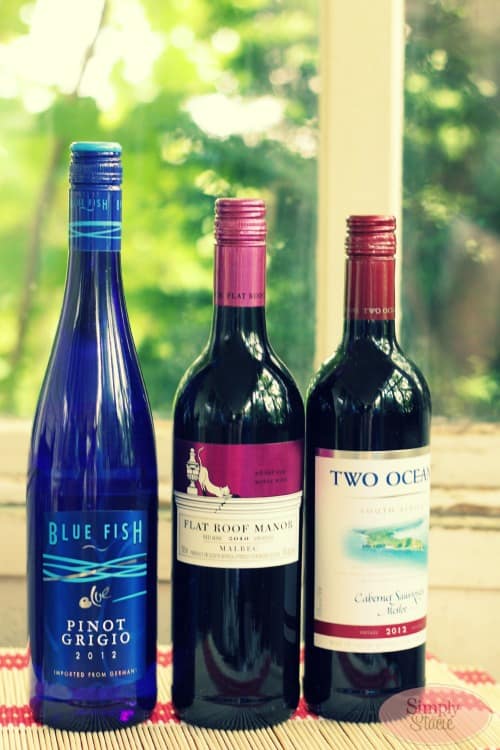 This white wine imported from Germany has a tart, crisp flavour. Think green apples, grapefruit and peaches with a hint of almond. I had a glass with a nice big bowl of fruit salad and found they went perfectly together. You can also pair it with light appetizers, seafood and chicken. It goes down smooth and easy. I would definitely buy it again to drink on special occasions and to serve to guests. It’s one of the better wines I’ve tasted and is very affordable retailing for $13.99.

I’m not normally a fan of red wine, but I made an exception for Flat Roof Manor Malbec. This wine is incredible! First off it smells and tastes a little like fresh berries with a bit of spice mixed in. We served with it some barbecued steak, grilled mushrooms & onions and a tossed salad. You could also drink it on its own or with pasta and pizza. If you weren’t crazy about red wine, don’t knock it till you try this particular wine.

I also found it interesting that Flat Roof Manor has a range of wines produced from vineyards in the Uitkyk Estate. There was an 18th century townhouse at the winery and a cat lived there. When the previous owners left, the cat stayed. The creator of Flat Roof Manor, Estelle Lourens, was inspired by this cat’s spirit and channeled that energy into the wines she created. She wanted a wine that was laid back, unpretentious, exuberant, confident and playful just like the cat that wanted to stay. She hopes that the wines would make you want to stay too. Well done Estelle! I think you’ve succeeded and made me a believer in your wonderful wine!

This South African wine is a blend of two types of grapes: Cabernet Sauvignon (60%) and Merlot (40%). They come together to bring a full-flavoured wine that packs a punch! It has a fruity flavour that reminded me a little of cherries. I was close, but it’s actually plums and prunes that the bouquet consists of. I found it strong at first, but quickly got used to the taste. The more I drank it, the better I liked it. Two Oceans Cabernet Sauvignon Merlot is best served with red meat dishes.

Two Oceans has a neat background. Its name was inspired by the southern most tip of Africa where the Atlantic Ocean meets the Indian Ocean. You can see now where the name Two Oceans comes come. It has a mystical, intriguing sort of feel too it. This location has a temperate climate thanks to a light breeze from the two oceans during the day and a temperature drop at night. This type of weather allows the grapes to ripen slowly. 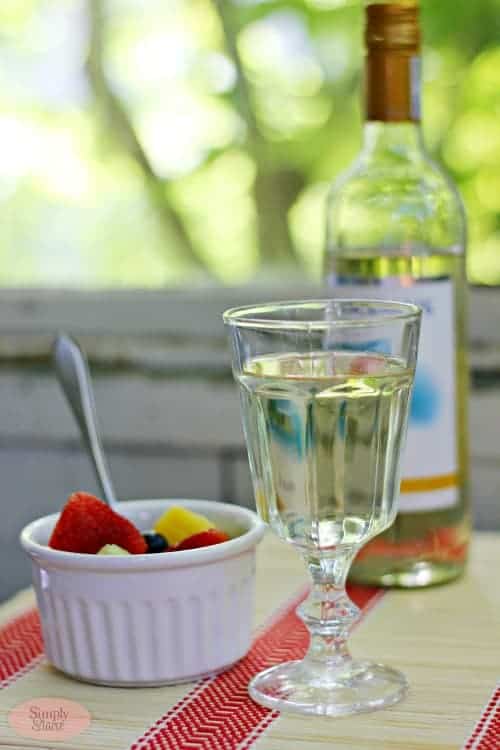 Out of the four wines I tried, the Two Oceans Moscato is my favourite. It’s sweet, fruity and light. At first I thought I was tasting peaches, but it’s actually the flavour of ripe pears. Serve it with chicken, salad, fish or seafood dishes or drink on it’s own. I enjoy relaxing with a nice chilled glass and a good book.

You can find these four wines in liquor stores in Nova Scotia this month.  Depending on what you are serving, these wines would be a great addition to a summer barbecue. I’m planning a trip to the liquor store to pick up some more of the Two Oceans Moscato and the Flat Roof Manor Malbec for my parent’s visit in the next few weeks. I think they will be impressed and I’ve been raving to my mom that she needs to try them.