Compensation for this post was provided by Microsoft Canada via Hart & Galla. Opinions expressed here are my own and based on my experience.

This past Christmas holiday season, I participated in the #WindowsPhone #HolidaySwap. Myself and other Canadian bloggers were invited by Microsoft Canada to give up our regular cell phones and solely use the new Windows Phone, a Nokia Lumia 920, for 2 months. We were sent our phones and SIM cards for Rogers Wireless and off we went!

It was my very first time using a Windows Phone so there was a bit of a learning curve. The interface is different from my iPhone so it took some getting used to trying to navigate and find my way around. Thankfully I caught on quit and did get the hang of it. I loved using the camera and found the pictures to be of a superior quality than my iPhone pictures. I also had a lot of fun exploring the new apps and found many blogging related apps. 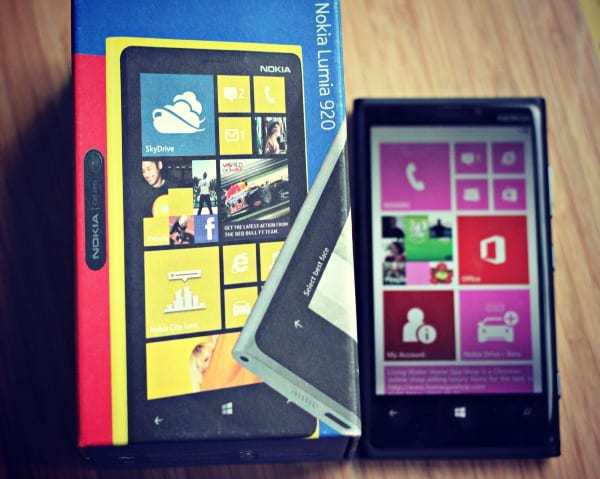 The only snag I ran into was Rogers service availability in my area. I wasn’t able to use the outside my house in my town. At home, I used my wifi. However, when I travelled a couple towns east of us service was great. I think it’s because we don’t live close enough to a cell tower. I did go back to using my iPhone with current provider, but if Rogers expands to our area, I will definitely consider switching to the Windows Phone for good.

Recently, I was contacted again about the upcoming #WindowsPhone #SummerSwitch, which is basically like the #HolidaySwap except different time of year! I was tasked with selecting two Canadian bloggers who I thought would enjoy using the Windows Phone and would be able to participate in a 30 day challenge. The first blogger I picked was a no-brainer, Kristen of My 3 Little Kittens. Kristen is very active on her blog and social media accounts and seemed like she would be a perfect fit. On Facebook, Kristen often shares pictures of her children and her cats. She has one cat named Anson who is the cutest kitty ever! I thought she would really like the camera on the Windows Phone to take pictures of her family and of course, cats!

The second blogger I nominated was Jen of A Busy Mommy. Jen’s been blogging for over 4 years and is the mom of two boys. Like me, she lives in Nova Scotia. In fact, she only lives a few towns over from me. Yet, we’ve never met in person! Someday we will have to finally get together for coffee or something. Anyways, I thought she would be a good fit for the #SummerSwitch because she’s already a fan of the Windows Phone and I also knew that she had Rogers in her area. My phone worked like a charm in her town. Jen and her husband do many recipe posts on her blog and I knew she would enjoy using the camera to take pictures for her posts. I also knew her kids played sports so I thought the Camcorder on the Windows Phone would come in handy at her kid’s games.

I’m very interested in seeing what my two nominations think about the Windows Phone and what their favourite features are. I’ll be following the conversation on Twitter with the hashtag #SummerSwitch and will be checking into the Windows Phone Canada Facebook page for updates. Join me and let’s watch the #SummerSwitch challenge unfold!