There are so many different groups of people that all work together to make an animated film. When you think back on your favorite animated films, what are the first things that come to mind? The animation studio? The voice actors? The director? Probably those three things, though perhaps not in that order. When I was younger, my main focus was always on the animation studio and the voice actors. It was rare I would give any animated film a chance if it wasn’t Disney; that was always the first thing I looked for. When Disney released The Little Mermaid in 1989 my focus shifted; Jodi Benson would become a name I would never forget.

As an adult, I still love the magic of the Disney name and I enjoy finding out which well-known actors or actresses are lending their voices to the newest members of the Disney family, but I find myself wanting to know more about the people who work their own brand of magic behind the scenes. 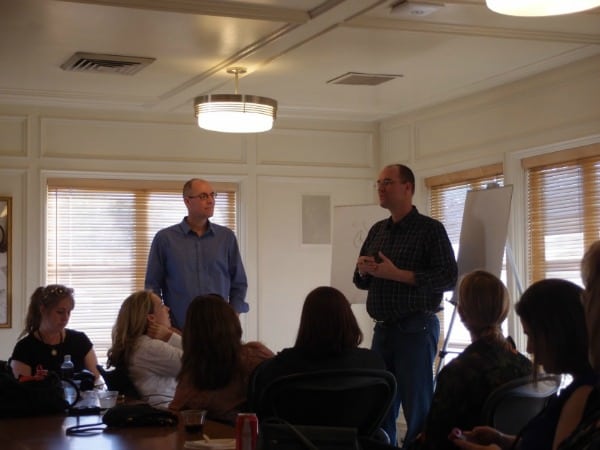 Mulan is celebrating its 15th anniversary and is now out on Bluray/DVD combo pack, in stores today. One of the coolest things we got to do in Los Angeles last month was meet with Tom and Tony Bancroft, twin brothers who worked together animating Mulan. Both brothers attended CalArts and interned with Disney when the studio was making The Little Mermaid.

Tony worked his way through the ranks at Disney, and eventually was offered the opportunity to co-direct Mulan, Disney’s 36th animated feature length film. Tony’s twin brother, Tom, then auditioned to oversee the animation of the character Mushu (my favorite character in the film!). 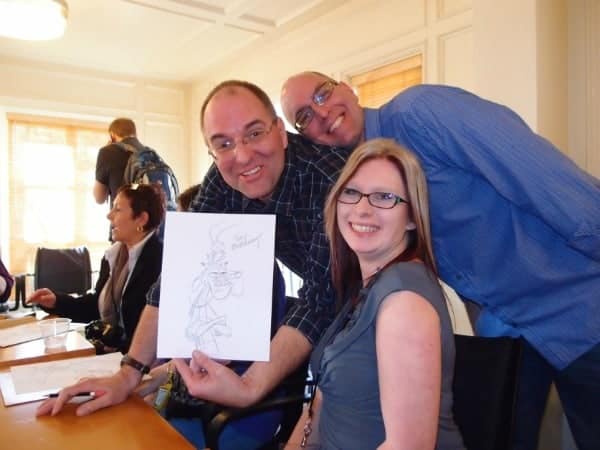 Mulan went into production during a time when Disney was releasing a lot of films centered around princesses. Mulan was different because instead of having a lot of outside help in achieving her goals, she had to prove herself and be strong. Sure, Mushu is kind of like her helpful sidekick, but when it all comes down to it, Mulan is pretty kick-butt!

Watching Tom and Tony reminisce about their time working on Mulan was incredible. They are both so passionate about their career paths, and the film to this day means something to their children as well. One of their daughters was born while they were making Mulan, and she calls it “her” movie.

When our time with the Bancroft brothers ended, they surprised us each with a one-of-a-kind drawing of Mushu and Cri-kee–and signed them for us!

*I was provided with an all expenses paid trip to Los Angeles to attend the red carpet premiere of Oz the Great and Powerful and to participate in a group meeting with the Bancroft brothers. All opinions expressed are 100% my own.*