It’s always a pleasure to spend a day at Walt Disney Animation Studios in Burbank, California to see where the animation magic happens. On February 14th, I once again got a special presentation for one of my favorite Disney animated films, Wreck-it Ralph. If you missed seeing it in theaters (and I really hope you didn’t!), the good news is that it is coming to Blu-ray/DVD combo pack on March 5th, 2013. I’m very excited to be adding it to my Disney film collection. 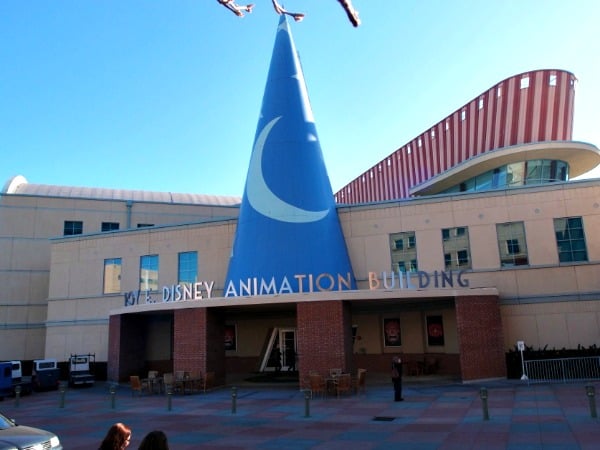 Because it is such a special film to me, I was excited for the full day ahead of us. We were split into two groups and taken from area to area to meet with Disney team members who worked on the story, visual development, rigging, animation, and motion capture. We gave you a sneak preview with my motion capture video, but now you can relive the experience with me.

The script for Wreck-it Ralph took about a year to complete. Once it was finished, the script writers sat down with the story team so they could begin the process of storyboarding the film. The completed film is actually quite different than what was originally written. They knew there would always be a big, angry guy that wanted to prove he could be a good guy, and they knew that he would meet a little girl in Sugar Rush. They also knew he would go into the game of Hero’s Duty. To make sure they get the best possible story, they do what are called “animatic screenings” where the whole studio will sit down together and watch the storyboards set to sound (sometimes it is the official actors providing the voices, and other times it is whoever they have available at the time). After they watch it, they become their own harshest critics and discuss what worked and didn’t work, and what needs to be changed. They do this multiple times to get the story perfect. In the case of Wreck-it Ralph, they went through a total of seven screenings. The voice actors for Wreck-it Ralph often had to go back the studio multiple times to re-record changes made to the script.

During our time with the story team, Raymond Persi also showed us some of the deleted scenes. All of these scenes were cut for different reasons. One of my favorite scenes included one in which Fix-it Felix Jr. and Ralph met Vanellope at the same time. This scene was changed to only Ralph meeting Vanellope because they felt it made the relationship stronger and that they could bond with one another over being outcasts in their video game worlds. This deleted scene and more are included in the bonus features on the Blu-ray and DVD.

Next up we got to meet with Bill Schwab and Mike Gabriel, who were in charge of designing the look of Wreck-it Ralph. When the character was first conceived, they did not even know if he would be human or not. This presentation was my favorite of the afternoon because they took us through so many images of what Ralph looked like before they settled on the look we are no so familiar with. I loved the anecdotes they shared as well; one in particular was about how Ralph got the collar on the t-shirt underneath his main shirt. Here are some of my favorite images of Ralph during the design phase: 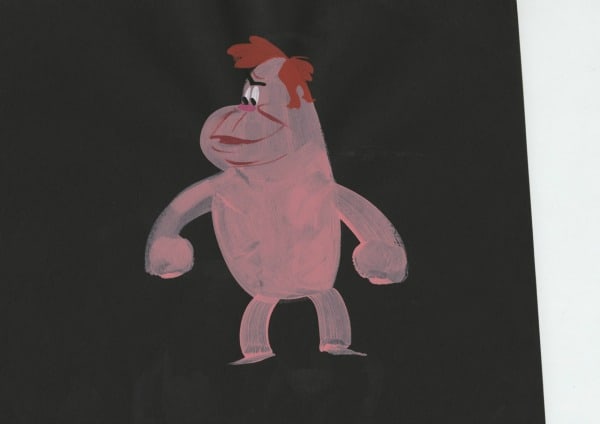 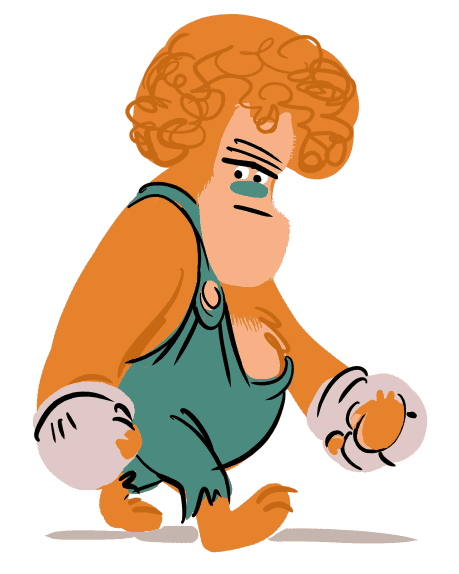 Next up, we were taken into a room where computers were set up. Each one had a 3D image of Ralph on the screen. A simple explanation of “rigging” is letting the model move. This was a hands-on demonstration; we all sat down at a computer and were allowed to alter Ralph’s appearance, make him move, etc. The program used for this is called Maya, and this was my first time using it. What we did involves a complicated combination of math and art. Certain points on Ralph’s figure were tagged with green dots, and that was where we would right-click with the mouse to get Ralph to make a certain movement. The version we played with of Ralph was an early model; having him in this medium allowed them to explore who the character of Ralph was and how he would move. 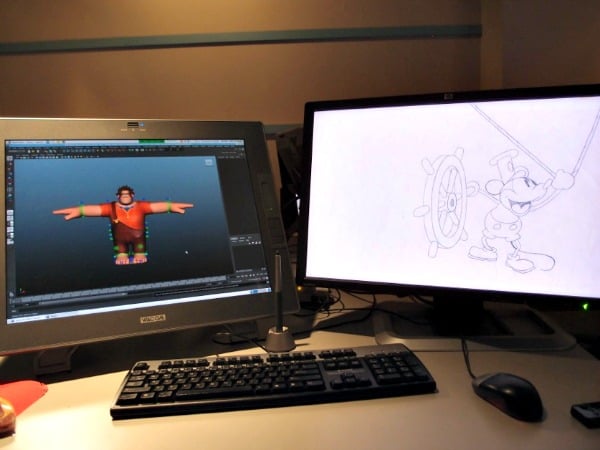 We then met up with Amy Smeed, who worked on some of the animation of Ralph and Vanellope. She starts with a rough placement of the characters through the storyboard, and she’ll get acting beats from the director. To understand the body language of the characters, Amy would record her movements against the voices of the actors in what is called an “acting pass”. Normally that is not something they’d ever show to anyone else because it is for their reference only, but it was particularly helpful to us in understanding how the characters move and stand. In some of the scenes of Wreck-it Ralph, we don’t see the entire body of the characters. We wanted to know if in those scenes Ralph is drawn in his entirety, or if only the parts we see are drawn. The answer to that is Amy drew the whole thing, even what is not shown in the frame. 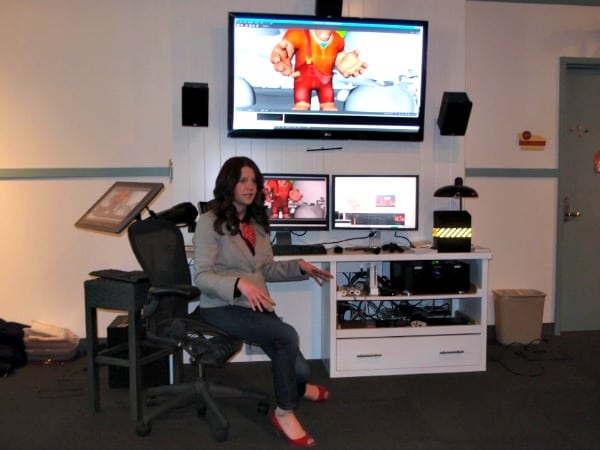 Lastly, we chatted with Anthony Mutalipassi and Nicole Elmes, who gave us a Digital Copy demonstration of Peter Pan. If you buy Blu-ray/Combo packs, they also come with a digital copy. There is a code printed on a paper that’s on the left side of the case when you open it. All you have to do is visit the URL and type in the code. Then you’re able to watch your movies wherever you go, and using whatever device you’d like to use. My husband is a huge fan of digital copies; he is always disappointed if a Blu-ray doesn’t come with the digital copy. We primarily own Apple products: iPads, iPhones, and an Apple TV. There are three of us in my family, and we all like different movies and TV shows. My daughter can watch a kid film on her iPad in her own room while I am downstairs watching a different movie and my husband is upstairs in his office watching on the projector. The digital copy gives us so many choices! They were especially interested in hearing how we made use of digital copies, so I told them how my daughter likes to watch specific scenes and only those scenes in her movies.

A Glimpse Inside of Disney Animation Studios

There were a couple of other things inside of Disney Animation Studios that caught my eye. If you’ve seen Wreck-it Ralph, then you know all about the arcade game Fix-it Felix Jr. Well, at Disney Animation Studios, it is a real game! I didn’t play it, but I snapped some pictures of it. I also learned the Imagineers were responsible for making the game look old and used. I could see sticky stains near the buttons, and places where the exterior of the game was really worn. The game works, too! I wish I’d tried it. 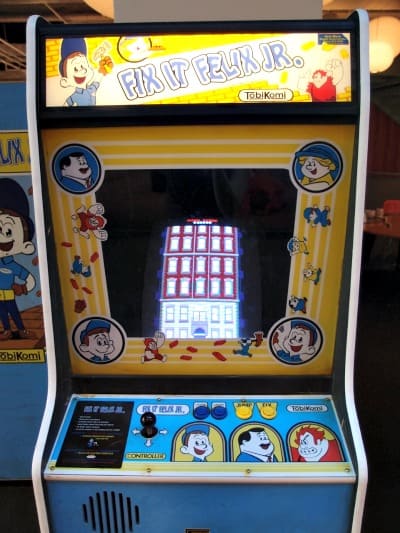 Down one of the hallways, there is a passage that is designed to look like you are about to enter the arcade in Wreck-it Ralph. We all paused in front of it, and I even had a prop! Quarters are very important if you’re at an arcade! 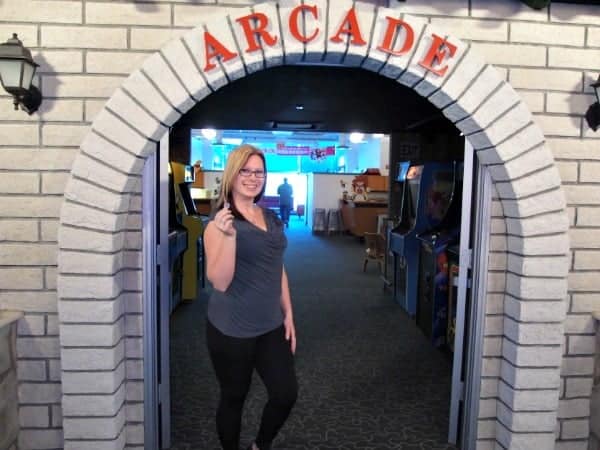 *Disney provided me with an all expenses paid trip to Los Angeles to attend a press day at Walt Disney Animation Studios. Any thoughts or opinions expressed are entirely my own. Wreck-it Ralph visual images are used with permission from Disney. All other photos were taken by me, with the exception of the one I’m actually in.*