Following the Yellow Brick Road at the El Capitan Theatre: My Red Carpet Experience with Oz the Great and Powerful

On February 13th, 2013 Hollywood Boulevard was transformed into the Yellow Brick Road to welcome the cast and guests to the red carpet premiere of Oz the Great and Powerful, held at the beautiful and historical El Capitan Theatre (6838 Hollywood Boulevard). Myself and twenty-four other bloggers were invited to attend the premiere and walk the Yellow Brick Carpet next to the stars.

I arrived at the gorgeous Langham Huntington Hotel (1401 South Oak Knoll Avenue) in Pasadena early in the afternoon, and after saying hello to several of the other bloggers, I began to get ready for the fun-filled night ahead. I mostly live in pajamas with my hair pulled back in a sloppy ponytail and no makeup, so I spent every day of the week before the premiere practicing applying the Urban Decay Glinda and Theodora palettes and styling my hair using a clampless spiral curling iron. I can’t take all of the credit for my makeup and hairstyling, however; Amber from Thrifty Ninja shared some top secret makeup tips with me (she actually applied my eyeshadow for me that night) and gave some extra curl to the hair that was hard for me to reach. Rita from Mom with a Dot Com also joined us in my room to get ready. 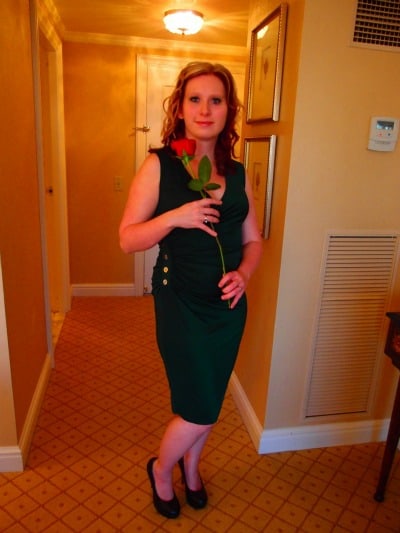 Once everyone met up in the lobby, we boarded the vans and were taken to El Capitan Theatre. Hollywood Blvd. was crowded with people hoping to catch a glimpse of the stars from Oz the Great and Powerful; others were hoping an attendee would would happen to have extra tickets to the premiere so they could go, too. In every direction I looked, camera lights were flashing and paparazzi were calling out to the stars of the film. Perhaps the most amazing sight outside of the theatre for me was the Oz hot air balloon, in which James Franco rode in to the premiere. 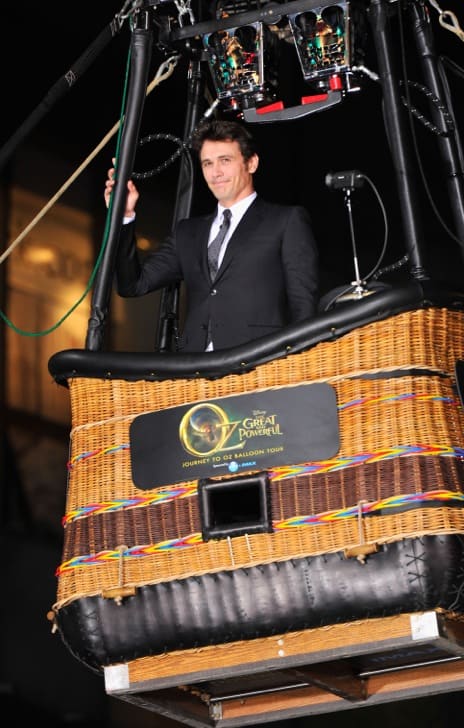 The traffic on the Yellow Brick Road carpet moved pretty quickly, but we were able to snap some quick photos of ourselves on it. Walking right behind me on the carpet was Zach Braff’s best friend, Donald Faison. Once the official photos of the premiere were released, many of us found ourselves in the background of photos of Michelle Williams and Mila Kunis. 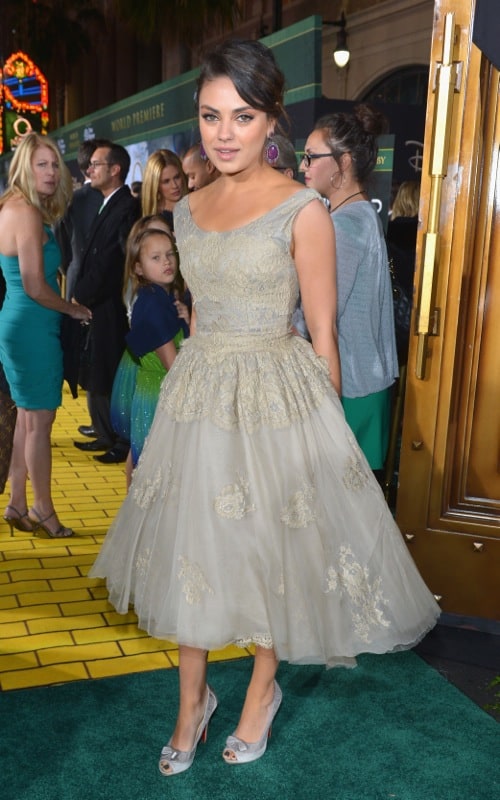 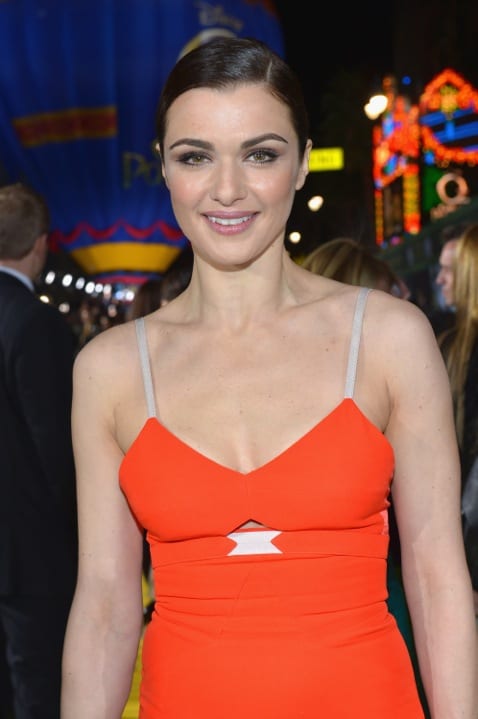 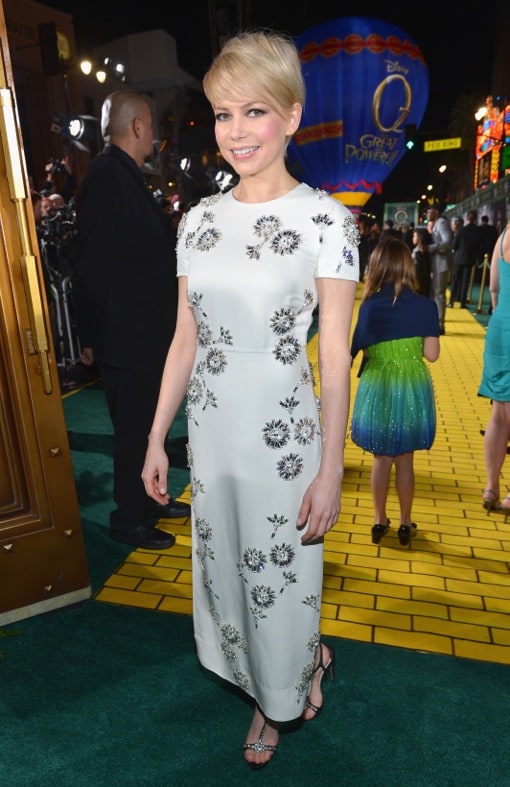 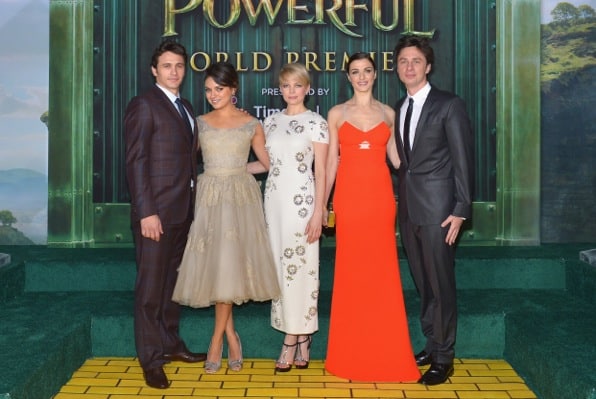 Once inside the El Capitan Theatre, we grabbed our popcorn and soda and headed for our seats. While we waited for the curtains to open and the movie to begin, we were entertained by live piano music playing familiar and beloved Disney songs.

After the premiere, we boarded shuttles to the after party, which was held at a night club called Lure, where we mingled with the other guests and kept our eyes peeled for stars. The interior of Lure was decorated like Oz, and one of the rooms which we walked into gave everyone and every thing a nice emerald green color. There was food, drinks, and bite-size cupcakes for all to enjoy. In the center of the main room, attendees could also take photographs against a green screen with replicas of the movie props. 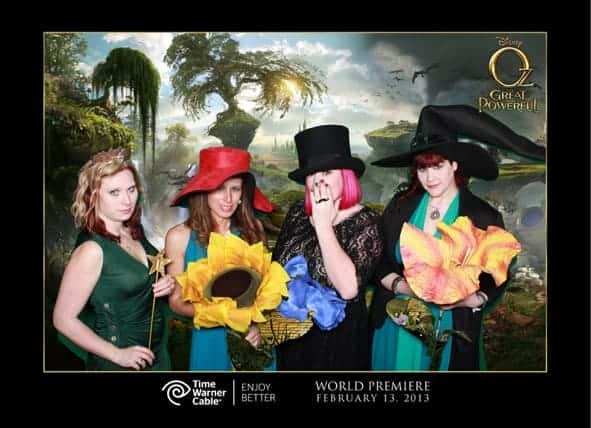 Our night came to an end at midnight, and on our way out of Lure we were invited to take home with us a pair of 3D Oz glasses and a full-sized bottle of When Monkeys Fly, which is part of the Oz collection from OPI. I had such an incredible time at the theatre and loved every second we spent at the after party.

If you happen to live near Los Angeles or are planning an upcoming trip, there are some amazing things happening at the theatre:

You can purchase tickets over the phone by calling 1 (800) DISNEY6 or online at El Capitan Theatre.

OZ THE GREAT AND POWERFUL lands in theaters on March 8th!

*Disney provided me with an all expenses paid trip to Los Angeles to attend the red carpet premiere and participate in cast and crew interviews. No financial compensation was received in exchange for this post.*