The #Cinderella Art Collection at the Animation Research Library #DisneyInHomeBloggers

In a secretive location in California, there is a nondescript building that houses over 65 million pieces of Disney Studios history, ranging from hand drawn artwork to study models. Perhaps if you live in this area you’ve driven by it, never even knowing all of the wonders that this incredible building contains. The Disney Animation Research Library has actually been in its current location since 1999, and films such as The Little Mermaid were animated in that very building. 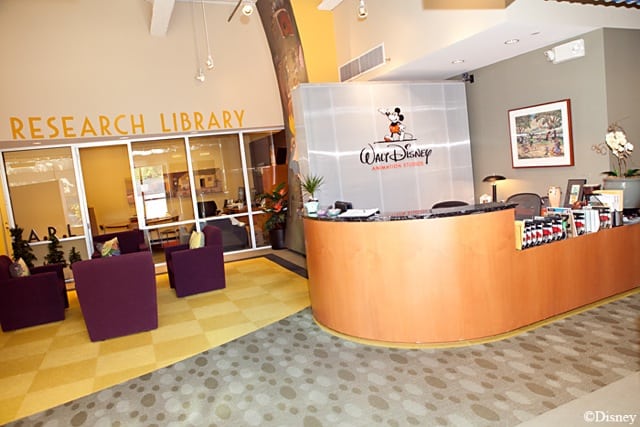 The Animation Research Library has gone to great lengths to preserve all of the pieces of art that it contains. The Features Vaults, for example, are kept at a very cool temperature (which is why the staff members will often wear long-sleeved shirts in the hottest months in California) and security measures are in place in case a fire should break out there. You won’t find any sprinkler systems in this building; any fires will be put out with gasses instead.

The Features Vault that we toured contains artwork from Snow White and the Seven Dwarfs (1937) all the way through the theatrical release of the Winnie the Pooh short films in 1977. These are the features that Walt Disney personally oversaw. 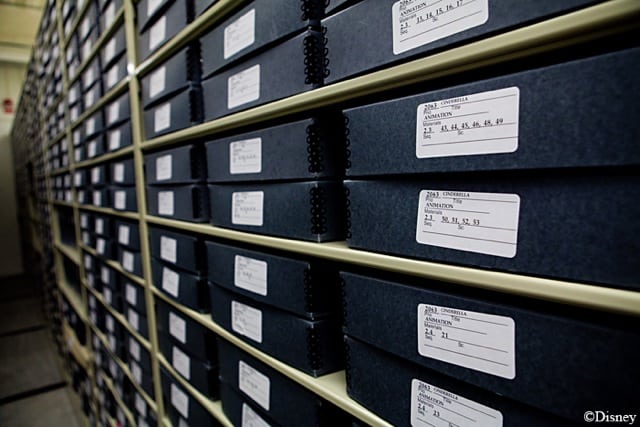 This is also the area of the Animation Research Library where background scenes are housed. The Cinderella background castle scene was painted on glass and used with the award winning multiplane camera.

Cinderella has 72 binders dedicated to original sketches, many of them nothing that is seen in the actual film. There are also up to 27 other binders that contain miscellaneous sketches that are out of order. Eventually, the Animation Research Library team will go through the miscellaneous sketches and try to make sense of them.

The Animation Research Library mostly consists of hand drawn artwork; they have very few cells on hand, regrettably. One of the animators for Cinderella referred to cells as “residue”; oftentimes the cells were thrown out, sold in stores on Main Street in the parks to make extra money, or even wiped clean and reused in times of financial struggles for the studio.

Toward the end of our tour, we were taken into a room where many full-color sketches and concept art from Cinderella were lain out for us to view. Though I am not myself an artist and have no talent for drawing or painting, it was truly magical to see these pieces of Disney history. Looking up close at some of these pieces of art, we could see the brush strokes and the texture of the paint. What we have all come to know and recognize as Disney’s Cinderella went through many transformations before the final images were decided upon and then brought to life. 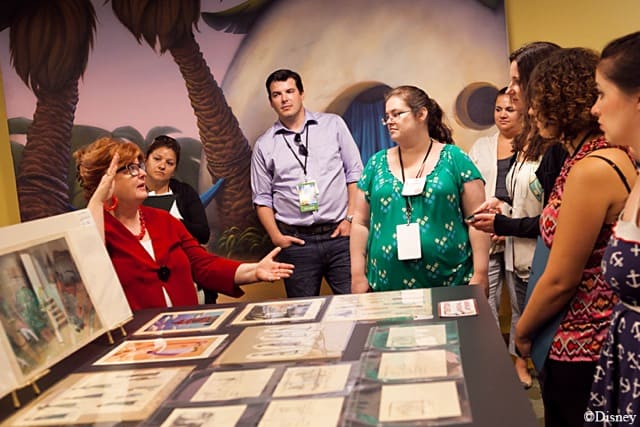 Though unrelated to Cinderella, one of my favorite things to see in the Animation Library were these props and sketches from one of my favorite Disney films, Tangled. I love the story books that have begun all of the princess movies, so this was a treat for me to see. 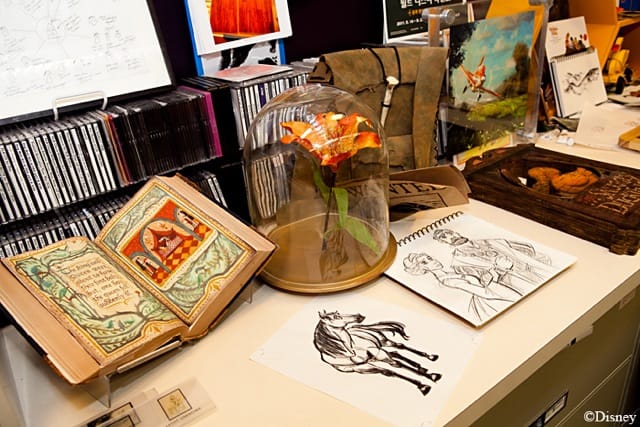 There is a lot of Disney history in this building, and I would love to explore even more of the sketches and models that it contains. 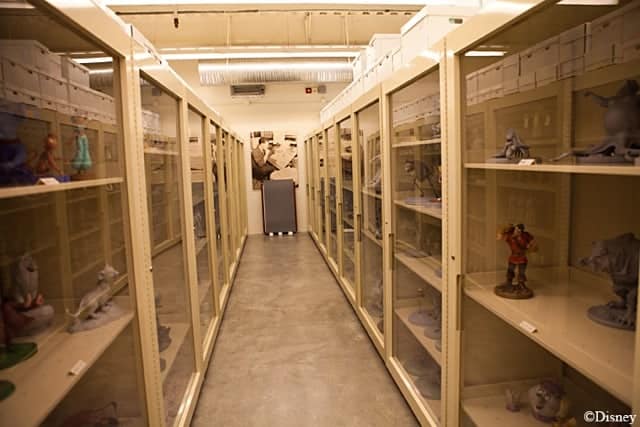 Cinderella: Diamond Edition Bluray/DVD combo pack is yours to own on October 2nd, 2012!

*Disney provided me with hotel accommodations, travel, and meals in order to attend this press junket. All images are used with the permission of Disney. All thoughts and opinions expressed are 100% my own.*