We have a Rubik’s Cube and the girls are always playing with it. They were around when I was a kid too, but I never was able to master it. Bridget, on the other hand, is a pro! I knew she would love the game, Rubik’s Race, which is a spin on the old classic. 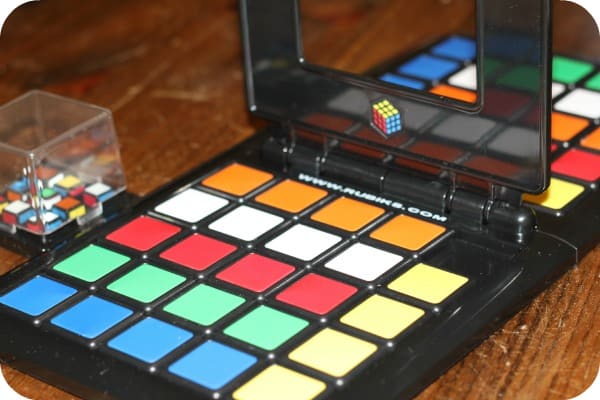 Rubik’s Race lets two players go head to head to see who can create the pattern the quickest. It’s fast-paced, fun and a hit with both Bridget (age 8) and Olivia (age 14). Each player gets 24 tiles (4 in each colour) to play on their game base leaving only one space. You shake the Scrambler to see what the game pattern will be. Once the pattern is revealed, each player must slide their tiles on their game base until their tray matches the pattern in the Scrambler. The first player to complete it correctly- wins! 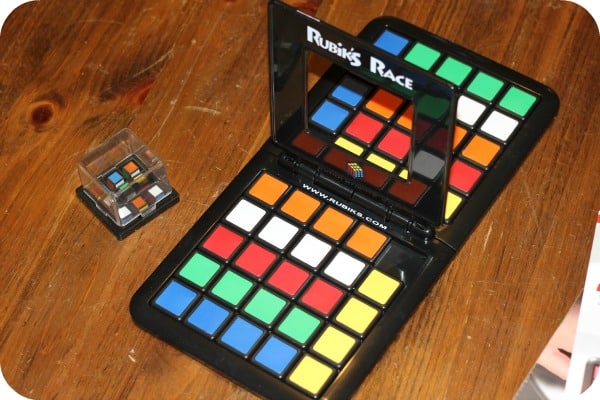 Bridget beat the pants off me in our game of Rubik’s Race. I wasn’t even half way finished and she had correctly created the pattern and then wanted to go for round two. 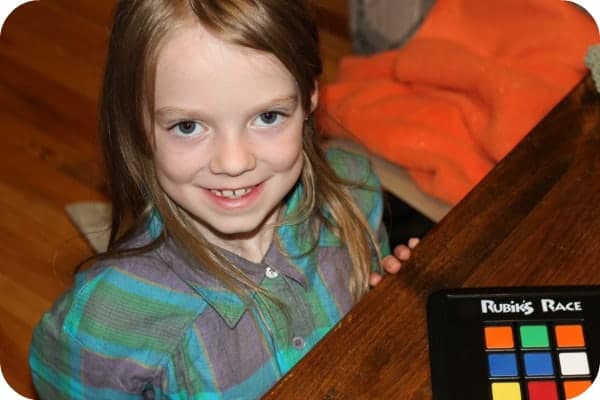 It’s also a game that one person could play and just challenge themselves and keep track of time with a stop watch. Once I couldn’t play anymore, I let Bridget do that and it kept her busy for a good hour.

The instructions also give alternative ways to play like having a Relay Race and a Three Colour Contest. This game is great because of all the possibilities and kids can create their own rules to make the game go however they like!

Rubik’s Race is recommended for children age 5+. We had a blast playing it and I’m sure it will get lots of use.