This 31 disc collection includes all the Harry Potter movies and special features. I don’t have the entire collection nor did I watch them all yet, but I did get a chance to take a look at the Special Features in the bonus discs! 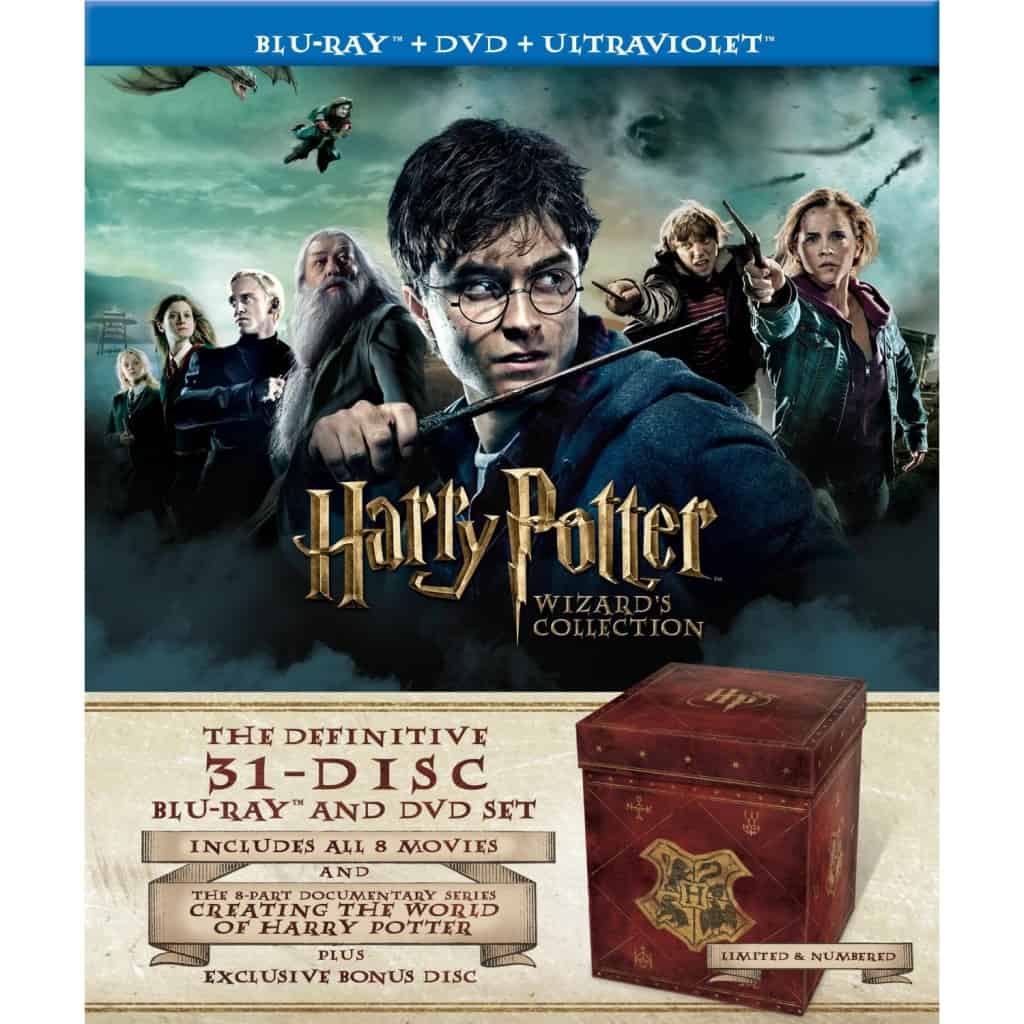 My daughter, Olivia, has read the entire collection of Harry Potter books and I’ve read the first three books many moons ago. We own all the movies except the very last one and they are always a hit with the kids. I was excited to learn more about the world of Harry Potter and see how the films were created.

Here’s some of what you will find on the Bonus Discs in this collection:

Harry Potter and the Deathly Hallows: The Quest

Warner Bros Studio Tour London: The Making of Harry Potter: Visit the UK’s newest attraction and go behind the scenes and see the actual sets, costumes and learn more about the movies.

When Harry Left Hogwarts: Listen to the emotional stores about the final days on set.

Designing the World of Harry Potter: See how JK Rowling’s world was brought to life on screen and how the design evolved.

Secrets Revealed! Quidditch: Learn how the Quidditch scenes were constructed.

The Harry Potters You Never Met: Meet the body doubles for the main cast of characters and how they had to mimick seamlessly the actors they represent.

These bonus discs provide a HUGE amount of information and will keep you busy watching it. Fans of the movies will love this behind the scenes look! I’m always fascinated to see how movies are made. I learned that the chase scene in Part 1 of Harry Potter and the Deathly Hallows was shot in 7 locations and took 6 months to even design the sequence. When all was said and done, it took 14 months to finish this scene that was under 2 minutes long. It gave me a new appreciation for the cast and crew now that I’ve seen just how much work goes into making these movies.

I would love to get this collection and watch the films again in order so I can take special notice about some of the things I learned from the bonus discs. This collection is now available for you to own!