A Bumpy Road to Pregnancy

I have two beautiful daughters, Olivia and Bridget, who are six years apart in age. I’m often asked, “did you plan such a large gap in age?”. My answer is no. I wanted to have them be closer in age, but I struggled for years to get pregnant with my second. 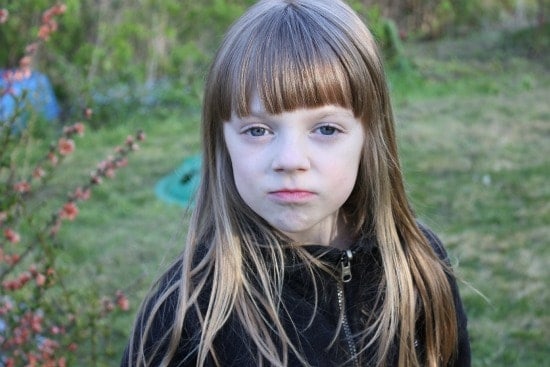 Olivia, who is now almost 14, had been a surprise. I was young back then and still in university so I had to shift all my plans to become a mother. Fast forward a few years when Olivia is 4 and I’m married with a home and a career. At that point, I felt I was ready to start trying again for a second.

I figured it would happen really quickly since I had no problems conceiving Olivia. I was very wrong though. I think after about six months, I started to worry. I would be in tears when my period would arrive each month and wonder what was wrong with me? I’d hear about my friends and neighbors getting pregnant and feel a tinge of jealousy. Sure, I was happy for them, but I also felt sad inside because it made my own struggle to conceive even more difficult to bear.

However, life went on and we continued to try. At almost the two year mark, I had an appointment with my family doctor. He agreed that we had given it an ample of amount of time at that point and thought that we should have some tests done. He said that tests always start with ruling out problems with the male because the test was less invasive than the ones for females.

I felt relief knowing that I was finally going to have answers and I just wanted to know if there was something physically wrong with either of us. I figured knowing was better than not knowing and I was ready to move on. I think at that point I started to let go and relax and figured if it was meant to be it will be. Just talking about it helped because I kept all my emotions about trying to get pregnant inside of me. No one had a clue.

My husband’s appointment for the tests was booked on a Monday in early January 2004. The weekend prior to his appointment, I woke up on Saturday morning and thought I had started my cycle. Again, I felt the familiar wave of disappointment wash over me. However, something strange happened. My cycle only lasted a few hours which is not normal for me. Sunday morning I woke up and have an overwhelming urge to do a pregnancy test. I thought I would faint in shock when I saw the two lines appear on the test. I couldn’t believe it. I sent my husband to the store to buy another test to confirm and what do you know, it was positive too! It felt like a miracle.  What was strange, though, was the timing- it was only one day before my husband was to get his testing done!

Bridget was born 9 months later on October 1, 2004 at a whopping 9 lb 5 oz. I knew then that my family was complete. I was the mother of two beautiful daughters and I felt so grateful for having them in my life.

Inspired by the perennial New York Times bestseller of the same name and the first book in a series that has sold over 32 million copies worldwide, WHAT TO EXPECT WHEN YOU’RE EXPECTING is a hilarious and heartfelt big screen comedy about five couples whose intertwined lives are turned upside down by the challenges of impending parenthood. The cast includes huge stars like Cameron Diaz, Jennifer Lopez, Elizabeth Banks, Chace Crawford, Brooklyn Decker, and more!

Photographer Holly (Jennifer Lopez), has experienced difficulty conceiving. Just like Stacie from Simply Stacie, she is truly ready to make her dream of motherhood finally come true! Check out this kaleidoscopic comedy, coming to a theater near you May 18th.

Disclosure: Compensation was provided by Lionsgate via Glam Media. The opinions expressed herein are those of the author and are not indicative of the opinions or positions of Lionsgate.