To give an authentic feel to the boxing movements used in the Dreamworks Pictures film Real Steel, 1976 Olympics Gold Medalist Sugar Ray Leonard was brought on as a consultant. Leonard trained Hugh Jackman as well as the boxers whose movements were motion captured for the robot boxing scenes.

When asked how he became involved in the project, Leonard said, “I know Stacey…and our kids go to the same school…I was at… I think Parents-Teachers meeting…she said…Ray I may have a job for you. And I didn’t quite know she was joking or being just facetious.” 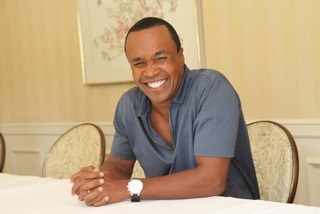 Leonard was skeptical at first about the vision for Real Steel. “When she…let me read the script…I could not see robot boxers…when I got on set and met Hugh…I kinda got a better understanding of…the premise. Then I met Sean Levy and it was like uh yes, but I still wasn’t too sure. I wasn’t sure until I saw…the camera shot and…watched it replay.”

Because Jackman has a background himself in boxing and is very athletic, Leonard worked with him more on the feel of being a real boxer and his facial expressions. “My objective with him was not really…showing him how to box per say, although I did show him how to throw certain punches or execute. My…biggest goal was to make sure that he felt like a…boxer. He exhibited the facial expressions of a boxer because to throw a punch is one thing, but to show that expression is another thing. That’s what sells the audience, well that’s what sells the fans.”

In addition to working with Jackman on punches and facial expressions, Leonard also showed him how to act as a trainer. Jackman’s character, Charlie Kenton, is a robot trainer in Real Steel. “That relationship is so special. And it’s so intimate that at some point I was talking– telling Hugh. I said,’Hugh at some point don’t say too much, don’t talk to much. Just look at him and let him feel you’.”

Since Leonard is an expert on boxing, we wanted to know if he felt the fighting scenes were realistic. “They are. And I say that because first my whole perception of robots were, you know, kinda Rock em’ Sock ‘em robots… It is so amazing. I was so blown away. But I tell ya I knew…we struck a home run when I did a number of interviews with some boxing writers and each one of them said, ‘You know I was really surprised that…the robots looks like boxers, they move like Boxers.’ I knew we had done a good job.” Sugar Ray also gave each robot their own positions and techniques.

Real Steel is a family friendly film, and Sugar Ray Leonard has small kids of his own. We asked him if they had been allowed to see the film, and what they had thought about it. “ I have 2 young kids… at some point turned around and I saw my kids screaming. Jumping up and down because it was action. The robot BOOM! BOOM! BOOM! BOOM!…Then at some point I turned and I glanced over and I saw…my wife and my mother-in-law…and they [said], “Oh he’s so cute.” And so I knew that we…hit home with demographics from across the board because the kids loved it and my wife and…mother-in-law truly liked it.” 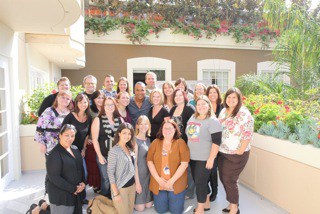 Sugar Ray Leonard once played golf with President Bill Clinton. He thought someone was pulling a joke on him, but learned it was for real when someone who worked for President Clinton called him to tell him that they were golfing that day. At the end of the game, Sugar Ray asked President Clinton to sign their score card for him.

Sugar Ray had a cameo in Mark Wahlberg’s movie, The Fighter. Sugar Ray also knew the family whom the film was based upon.

Sugar Ray was once interviewed by Maya Angelou. He told her that it was nice to meet her, and she informed him that they had met once before.

*Disney/DreamWorks provided me with an all expenses paid trip to Los Angeles for an advance screening of Real Steel and to interview the talent for the film. All opinions expressed are my own.*