Anthony Mackie, in one word, is hilarious. From the moment he entered the room, he had us laughing and wondering what he would say next. The Real Steel actor stopped by to chat with us about the role of Finn, his family, and what’s next in his acting career.

“I wanted to be an actor just because it’s like — it’s the best of worlds, you know. You get a real job, and you can pay your rent, and you get to meet celebrities…it’s like I got to hang out with Hugh Jackman [for] three months,” he laughed. 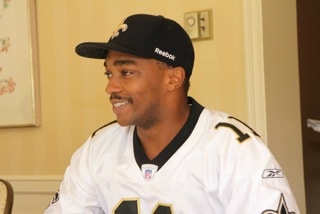 Director Shawn Levy contacted Mackie especially to be in Real Steel. “I had a conversation with Shawn about the film, and, uh, he was — well, I was just so captivated by the world he was trying to capture…Growing up I was a huge Rock ‘Em Sock ‘Em robot fan, stuff like that. So, when you show up on set and it’s like a eight foot tall robot…we’re gonna have fun!” Several of the robots in the film Real Steel were made to scale, so the actors acted opposite real robots.

While he was on set filming Real Steel, his family did not come for visits. “I don’t like the whole circus of presenting my family…because that’s mine…it makes me feel weird like I’m — they’re on display.” 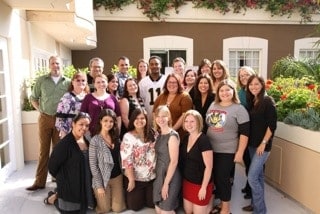 Next up for Anthony Mackie is a gangster film. “ I’m shooting this movie here called Gangster Squad with…Ryan Gosling, Shawn Penn, and Josh Brolin…there was this gangster named Mickey Cohen that kinda took over Los Angeles and ran it with a iron fist.”

We asked Mackie if he would ever consider doing comedies since we thought he was quite funny. “This is the problem. I think I’m a pretty funny guy. Like I enjoy myself. I sit on my couch and laugh for hours, but the problem is comedy is very difficult. You have situational comedy and you have clownage comedy. It’s a very difficult…place to navigate.”

Anthony Mackie will soon appear in the comedy What’s Your Number? with Anna Faris.

*Disney/DreamWorks provided me with an all expenses paid trip to Los Angeles to see an advance screening of Real Steel and to interview talent from the film. All opinions expressed are my own.*