I’ve tried four different types of hosting since my blogging adventure began. I started out on Blogger, a free platform, then moved to self-hosted WordPress and used Shared Hosting. In March, I switched to a VPS server and in the past few weeks I moved to a Dedicated Server! Talk about stress! 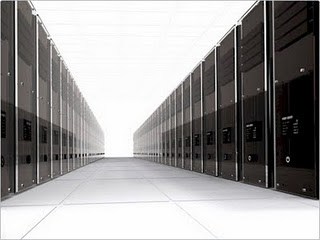 I’ve had a number of people ask me why move and what is the difference between shared hosting, VPS hosting and Dedicated servers. I am going to try to explain it as best I can without getting too technical because I am NOT an expert at this sort of thing . Ask anyone who knows me!

Shared hosting is when multiple sites are hosted on the same server. It’s very affordable because the cost of the server is spread among all its users. For instance, Hostgator has shared plans starting at $3.96/month. Normally it’s hundreds of sites that share the same server. The inexpensive cost is a BIG PLUS.

However, there are some downsides to shared hosting. One problem occurs when your host oversells the space on the server so that everyone is fighting for room. This can cause all the sites to become slow. You also can’t control your neighbour (ie. the other sites on yoru server). There’s no way to know who else you are sharing the server with.

Furthermore, hosting companies aren’t telling the truth when they say it’s UNLIMITED- read the fine print. I KNOW this first hand because it has happened to me multiple times when I was on a shared server. When your host deems your site as using too many resources, they will suspend your account and take your site down and THEN send you an email. You will have to work with them to get your site back up by either removing plugins or they may try to force you to upgrade to a pricier server.

For example, check out Hostgator’s Terms of Service on Resource Usage. It says:

1) Use 25% or more of system resources for longer then 90 seconds. There are numerous activities that could cause such problems; these include: CGI scripts, FTP, PHP, HTTP, etc.

I upgraded to VPS back in March for this very reason. My site was using too much of my server’s resources and was suspended a few times. My feed stopped working and it was just a nightmare. When I moved to VPS, everything started to work again.

VPS stands for Virtual Private Server. It’s basically partitioning a single computer to simulate multiple servers. The way I understood it is that it’s like having your own server, but in reality you still share it with multiple sites. It can be viewed as a transition between a shared server and a dedicated server and the cost lies in between as well. I started out on Level 3 VPS on Hostgator at $40/month and I just moved from Level 7 VPS at $150/month.

It’s not as powerful as a dedicated server so I found anytime my site got a rush of traffic it would crash or be very slow. I had nothing but problems with my site since July and that’s what prompted me to finally move to a dedicated server.

So what is a Dedicated Server? Well as the name implies it is just ONE site on a server. You don’t share resources with anyone else. There’s various types servers you can choose from depending on your site’s needs. For example on Hostgator they start at $174/month and go up to $374/month. They are also more secure than shared servers since you don’t have to worry about what your scripts your neighbours are running.

I am now on a Dedicated Server and paying close to $300/month for hosting. It’s very expensive and that’s the biggest drawback and the reason I didn’t take the plunge earlier. It’s scary paying that much a month- it’s more than a car payment for some people! My site was unable to grow on VPS and I couldn’t add anymore plugins and I was so afraid to change anything. I was so sick of going down and moving was the best thing I could have done despite the cost. Hostgator really took good care of me and made the move so easy and stress-free. It was over before I knew it.

I am no expert by any means on servers. This is just the very basics of my understanding and hope this helps to explain my hosting adventures over the last few months!