The Help Made Over $100 Million at the Domestic Box Office

First of all, we want to say thank you to all of your for following our posts about The Help, seeing the movie, and spreading the word about it to all your friends and family. Because of YOU, The Help has made over $100 million dollars at the box office.

The Help has caught the attention of Hollywood personalities such as Tyler Perry, Oprah Winfrey, Kate Perry, and Russell Simmons, to name a few. 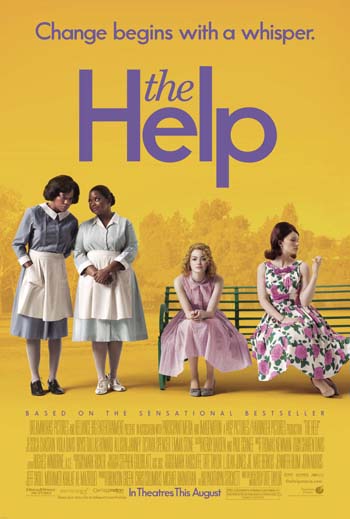 According to Dave Hollis, the Executive Vice President of Motion Picture Sales & Distribution at Walt Disney, “This achievement is a testament to an amazing ensemble cast and a wonderfully told story that has played well to men and women, young and old, resonating in a cross-section of all theaters be they urban, upscale or heartland. The viral power of word-of-mouth has us hopeful that we’ll continue to see ‘The Help’ exposed to as broad an audience as possible in the coming months.”

Director and screenplay writer Tate Taylor never believed this film would be such a phenomenal success. “We never imagined this film, which began its journey inspired by the enthusiasm of a small group of Mississippi friends, would ever even get made. Now to have it seen and embraced by so many people is just beyond our wildest dreams.”

The Help may be set in the 1960’s, but a lot of the commentary in it is still just as important to reflect upon today if we are to evolve into a more tolerant society.

If you still haven’t seen The Help, it is one of the most important films of the year. You will laugh, you will cry, and you will not regret seeing this movie. I cannot recommend it enough.